Todd Phillips and Joaquin Phoenix’s Joker won the top prize at the Venice Film Festival, enjoyed a strong reception at the Toronto Film Festival and will bow at the New York Film Festival later this month. If Film Twitter isn’t completely reduced to rubble by the movie’s October 4 opening, we may actually stick around long enough to see if Joker can become a box office hit as well as a true blue Oscars contender for Warner Bros.

On paper, Joker is a questionable commercial endeavor as a hard R-rated adult-skewing drama about a white, mentally ill loner who descends into violent madness. Critics have understandably pointed out that we have enough of those figures dominating the real life news every night. But Joker‘s secret weapon is right there in the title; it’s tangentially connected to Batman mythology. The antagonist origin story is a Scorsese homage masquerading as a comic book film which enables it to slip into the mainstream.

But how deeply will the dark and gritty character study embed itself into our wallets?

SEE ALSO: If New ‘Joker’ Movie Is a Hit, Will There Be a Sequel?

The film is currently tracking for a $103 million opening, according to Box Office Pro, which has noted a rising level of interest and buzz over the last month. It’s important to note that tracking is an inexact science, but it appears as if Venom‘s October opening record of $80.3 million is poised to fall and that October could see its first-ever $100 million debut. Let’s use both numbers as data points to try and work out a reasonable expectation for Joker‘s box office run.

Will the movie play like a pseudo-traditional comic book blockbuster or like the uncomfortable social critique it really is?

It’s far from an apples-to-apples comparison, but our closest comic book parallels are probably the R-rated Logan and Deadpool. The former opened to north of $88 million in 2017 en route to $226 million domestic, which equates to a 2.5x multiplier, or the multiple of the film’s final gross to its debut numbers. The latter opened to more than $132 million in 2016 before collecting $363 million domestic on a 2.7x multiplier. Even the critically underwhelming Venom posted an unexpected 2.6x multiplier en route to more than $213 million here at home. Off-kilter superhero material works.


If Joker plays like Logan, it could be looking at a North American haul between $200 million and $260 million depending on where it opens in our presumed $80 million to $100 million-plus range. If it posts a similar multiplier to Deadpool, it could earn between $215 million and $270 million.

However, since the movie does not feature traditional blockbuster action sequences, audience-friendly CGI spectacle, or a conventional mainstream leading man, we’re leaning towards the low end of these projections. It won’t be easy for Joker to support a leggy run and a multiplier around 2.0x for roughly $200 million seems reasonable.

There’s also the distinct possibility that Joker plays more like a prestige picture with commercial appeal and not the other way around. Paul Dergarabedian, senior media analyst at Comscore, projects an opening of $50 million-plus, which would still be a win for the $55 million budgeted film.

“I’m no less excited or bullish because what really matters is the end of its [theatrical] run,” Dergarabedian told Business Insider. “The opening weekend isn’t the end-all, be-all. Sometimes it’s hard to gain traction after the opening weekend, but I don’t see that being a problem for Joker. All the fans will come out the first weekend, but it will be the ultimate -cooler movie.”

Let’s say Joker opens closer to Dergarabedian’s estimate at $55 million while posting a 2.0x multiplier. Now we’re looking at a $110 million domestic total. Given the hype surrounding the film, perhaps its legs approach Logan‘s and the movie scares up closer to $140 million as a buzzy Oscars-hopeful with a comic book tie-in. Worldwide, the film really only needs around $190 million to turn a profit, so a domestic run in this range is pure gravy.

No matter how you slice it, Joker appears to be a critical and commercial success in the making even if comes in on the lower end of these projections. We’ll know more when the film finally arrives in theaters next month. 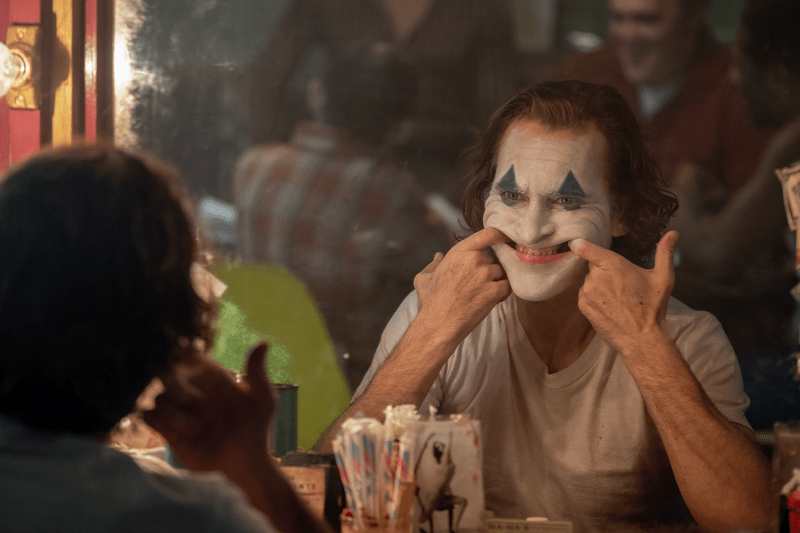