With Apple diving into the payment business and Facebook lobbying around the globe for its new cryptocurrency project, it looks like Big Tech is just about to eat everyone’s lunch, including Wall Street bankers’. However, the chief executive of America’s largest bank said he’s ready to take on such competition.

Speaking at this year’s Bloomberg Global Business Forum in New York City on Wednesday, JPMorgan Chase CEO Jamie Dimon said he wouldn’t be surprised to see a bank fully backed by a tech company in the near future.

When asked whether a hypothetical “bank of Amazon” or “bank of Google” would pose a serious threat to JPMorgan’s dominance in the banking industry, Dimon said, “Of course. You’ll always have competition, and I expected [new competition to come] one day somewhere in the world.”

“Look, around the world, the Chinese banks are already bigger than we are in terms of market cap and balance sheet,” he continued. “We have very aggressive players trying to compete in our business. And we’ll always compete very aggressively.”

Dimon, one of the most respected CEOs on Wall Street, made headlines this time last year over another hypothetical competition—running for president of the United States.

“I think I could beat Trump, because I’m as tough as he is, I’m smarter than he is. I would be fine,” Dimon said during a company event last September.

Dimon said on Wednesday that since that explosive comment he’s been asked by over 100 people whether or not he’s really running for office.

“I don’t think I should be flattered by the fact that people asked,” he joked, clarifying, “I’m not going to. I love what I do. I think I can make a huge, productive contribution to the world just from the platform I have.”

“I would say it requires an overlap of skills to be a CEO and a politician,” Dimon explained. “It’s not a complete overlap, but going into politics means you are getting into a ring that’s far more complicated than what you’ve dealt with before. You wouldn’t expect every CEO to be good at something like that.” 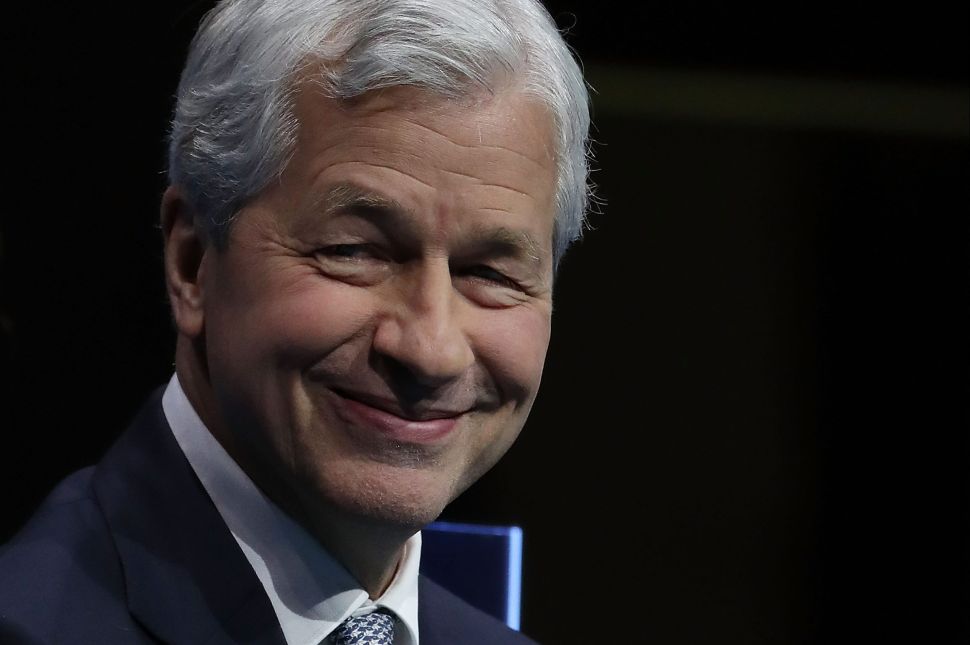