It’s 12:30 in the afternoon and I’m sitting across from Just Mercy director Destin Daniel Cretton and I have a guilty confession to relay: I had never seen his beloved 2013 feature Short Term 12 until a few short days before this interview. Normally, the film snob in me mandates that a movie must be underappreciated for at least a decade before it can be anointed a cult classic. But I wanted Cretton to know why an exception was being made for Short Term 12.

As someone who regularly YouTube’s the “Take her to the moon for me” scene from Inside Out and the “Brooks Was Here” montage from The Shawshank Redemption, it’s not a stretch to say that I’m a bit of movie crier. So, unsurprisingly, the flood gates opened barely halfway through Short Term 12 when, all of a sudden, my doorbell rang; I had forgotten that I ordered food. Bleary eyed and puffy cheeked, I opened the door to find a young man barely out of high school eyeing me with cautious suspicion once he got a good look at me.

As he warily handed over my food, he quietly asked, “Are you okay sir?” With a laugh, I explained that I was watching a very touching and emotional film, which seemed to pique his interest. “What movie?” he asked excitedly. I told him and after a moment of thoughtful contemplation he replied with complete sincerity, “I usually start crying around the 15-minute mark myself.”

In the moment, it was hilarious. In retrospect, it was an example of how quality art can connect two complete strangers and produce an authentic human moment. Cult classic status unlocked.

While watching Cretton’s new film Just Mercy, which premiered at the Toronto International Film Festival this past weekend and shadows world-renowned civil rights defense attorney Bryan Stevenson as he recounts his experiences and details of the case of a condemned death row prisoner whom he fought to free, I wondered what kind of authentic moments this picture would produce among his next wave of movie-goers. Fortunately, Cretton was more than willing to discuss his approach to filmmaking, how he works with movie stars (he lets great actors make “jazz” on screen) and what he hopes to get out of his each of his projects.

Observer: Do you ever consider who your films are for or if they’re accessible to a wide audience before jumping in or do you find something you’re passionate about and hope audiences will be too?
Cretton: I always start with myself. When I say yes to something, I’m probably going to be working on it for two to three years so there has to be something in it that I connect really deeply to. I hope it’s something that I can see myself growing through, that I can see myself coming out as a better person on the other side. To me that’s the thing that grounds all of this for me because I just never know how a movie is ultimately going to turn out. How people are going to accept it. If I can create an experience that is going to make me a better human, a better husband, dad, a better friend, that’s something that I try to orchestrate.

And Short Term 12 was exactly that and Bryan Stevenson’s Just Mercy was that and more. So much more.

What drew you to his story?
I just read the book in one sitting at a coffee shop. Every other chapter track Walter McMillan’s story. My first read through the book I was jumping to all of McMillan’s storyline and I was kind of like you, just sitting in the coffee ship bawling my eyes out as I was reading.

But then I was also really surprised at how much I was laughing. Laughing alongside these characters who are death row. Hearing their humor and the people that they love and care about and the ability for a man on death row knowing that he is wrongfully accuse, how somebody like that can still have the capacity for empathy for other people is mind-blowing to me.

Everything is Just Mercy feels very purposeful and deliberate. How much of that is on the page to begin with and how much of that results from in-the-moment collaboration?
Most of this movie is scripted because there so much legal stuff that we have to get right. But the way that I direct, especially with these types of actors, is to loosen it up as much as I can to try and capture something surprising. So in the moment that you wouldn’t be able to get a take two of it those are kind of the most exciting moments where they just pop-up and there’s no way an actor could replicate it. We’re always trying to create scenarios in every scene where that has the potential to happen.

Is there any one strategy that works best to create those situations?
I love shooting cross coverage. You have Jamie Foxx on one side of the table and Michael B. on the other. If you could just capture everything at the same time and just let them go it really feels like watching two jazz musicians riff together. They have the chords, they know what the scene is, they have the words, but then they start playing with it. They start taking it into different directions and sometimes they go way out here and then we come back and we find something new and it’s just really fun and different every time.

You’re working with human instinct and that’s what’s so exciting about good actors. When their brains turn off and they’re just in their instincts and they’re listening to each other and the more they listen, the more they shift their performance and if you can capture it all, then it just becomes about finding it in the editing room.

Michael B. Jordan has been anointed as this representation of modern stardom. What about him as a person and an actor do you think resonates so well with contemporary audiences?
Michael B. is like…some actors just have this thing. He is the definition of classy, a gentleman. His passion for his roles is so evident. He can convince you of that character. Whatever that character believes, he just convinces you that that character believes it. But there really is a thing that some actors have that you say ‘I will watch that person like forever.’ They could just read the dictionary and I will watch it and Michael B. has that.

He also happens to be one of the most grounded, down-to-earth humans I know. When he steps on set, he treats everybody the same whether you are an intern, or a PA, or the head of the studio. He takes the time to look you in the eyes and it’s not an act. He was raised very well by a great mom and dad and he sees people as human beings. As equals. And that part of him just makes me so happy that he is a movie star. And I hope that more people who are— who have that ability, they’re the ones that I think deserve to be put up there because they don’t let themselves to fly away too much.

Jamie Foxx gives one of his best performances in years here. He’s a veteran actor who has previously reached the pinnacle of this field. Do you have to change your directing approach when working with someone that experienced and well-versed in the industry?
I don’t see a huge difference between directing and interacting with people. Depending on personalities and what people’s insecurities are, what their strengths are, the directing is always different. The way I talk to Michael B. is different than the way I talk to Brie [Larson]. But for me it’s really just about creating an environment where people feel safe, including myself. There’s a balance between letting them know that I got you. Like you have the freedom to do a shit take and I’m not gonna put that on the screen. I think is the scariest thing for most actors, in order to find the good take they have to be okay giving a bunch of shit takes and they have to trust you’re not gonna choose those takes.

With every movie that’s ever made you could take any best Oscar winner and re-edit that footage and make it look terrible. Maybe Daniel Day Lewis is the exception. I think that’s part of the game is that actors need to have the space to find the thing. Working with Jamie was kind of a dream come true. That guy was insanely talented and to see him get into his space and watching him go through his process was just incredible to see.

He’s also just an incredibly gracious person on set. He never goes to his trailer, he’s always talking to extras and just making sure everyone’s feeling good. He’s sometimes doing his stand-up routines on people, or playing music and dancing with people. But when it’s time to go and it’s time to zone in that dude  just brings it. The way that he knows where the camera is and how he listens to other actors, it helps elevate everyone’s performance. 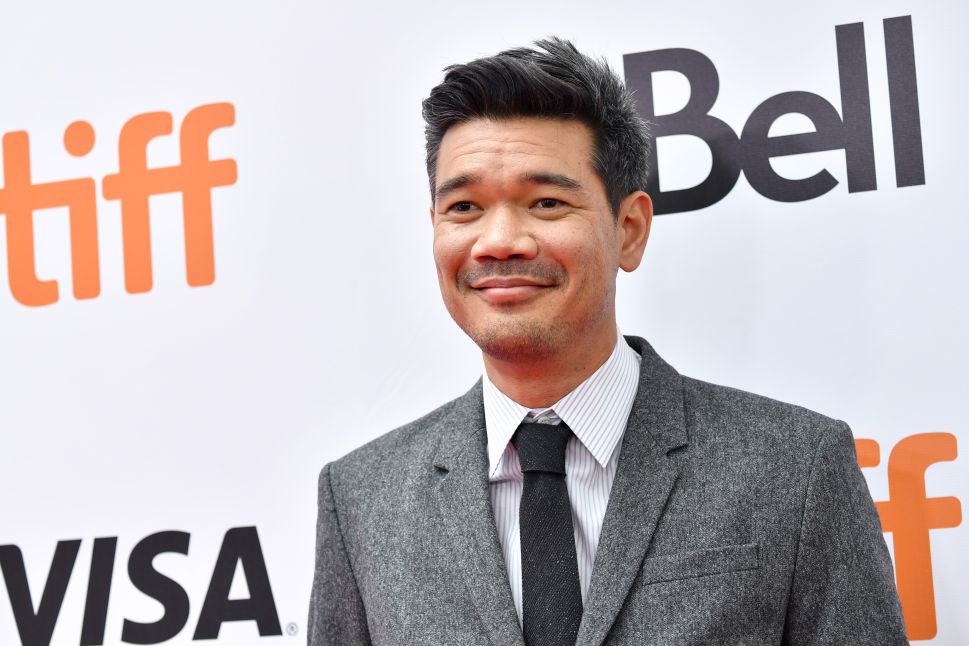