Step aside, “Netflix and chill”—opera is experiencing a vital revolution and composer Kamala Sankaram may be its savior. With her new opera Looking at You, Sankaram is crafting a piece that speaks directly to our digital age but with a performance that has to be experienced IRL. More than the traditional art form one associates with older patrons and even older scores, classical music and opera has long been reconsidered in New York thanks to organizations like Heartbeat Opera, Groupmuse, and now the arts center HERE and Opera on Tap, two groups that are presenting the world premiere of Sankaram’s stirring and contemporary new work from September 6 through 21. With her librettist Rob Handel, Sankaram explores—via a techno-noir score—the way capitalism, the erosion of online privacy, and the quest for individualization collide in our post-Y2K society. We spoke to Sankaram about the technologically complex new piece and what it’s going to take to expand the audience for opera.

Observer: Opera is often misunderstood as stuffy, but there’s also been such fresh and vital opera in New York of late. What attracts you to this art form?
Kamala Sankaram: I think that there is so much baggage attached to the word “opera” because of how we think we’re supposed to experience it: decked out in pearls and totally quiet. I had a conversation with a cab driver recently that drove this home for me. He asked what I was doing in town, and I told him I had written an opera. He immediately said, “I don’t like opera.” And I said, “Oh? Why? Which opera don’t you like?” And he said, “I haven’t actually seen any.” So I asked him how he knew he didn’t like it, and he said he didn’t like it because of how it sounded on TV commercials. So the cultural depiction of opera represents it as something kind of fuddy duddy and boring, and that becomes what people think of opera, even if they’ve never actually heard one.

I didn’t actually grow up with opera either. While my mom loves classical music, her tastes run mostly to instrumental and symphonic music. And my dad (who is from Andhra Pradesh, India) pretty much only listens to Indian classical music and Bollywood. So, that’s what was played in my house. I sang in the choir and joined the theater class. All this is to say that I think that many different kinds of people from many different backgrounds would enjoy opera if they could get over the first step of coming to the performance.

This preview you’ve released of the work is so cool—very compelling how colloquial the lyrics are, and how familiar the techno-infused composition is. These are not the elements that often come to mind when we think of (traditional) opera. Do you feel in a way you are subverting or expanding the form?
I guess it depends on what you believe the form is. I believe that opera is a music-forward form of storytelling. By that definition, this is an expansion. The composers of the canon were not shy about using all of the musical tools at their disposal to create their work, and I don’t think that contemporary composers should be either. That being said, there are people who will not consider this an opera (and they have come to previous workshops of the show!) because it isn’t in a big house and doesn’t use a big orchestra. However, I think that for the art form to stay alive and healthy, it must embrace manifestations that appeal to a contemporary audience that doesn’t know the canon at all. It must fit in spaces where the tickets are affordable, and where people can come without feeling intimidated.

What inspired you to tackle the intersection of capitalism and the erosion of privacy in our increasingly digital world?
My earliest experience of the internet was on Bulletin Board Systems (BBS). There was something so open about it: you didn’t know who you might meet, or where they might be. Because of that, everyone thought the internet would let the whole world become more open. Instead, what has happened is that new gatekeepers have emerged who are not only preventing that openness, but are finding ways to monetize the most intimate details of our lives.

The most chilling aspect of all of this is that we don’t know what the future uses for this data will be. We also don’t know how decisions about how the data should be evaluated and used data are being made, since much of this decision-making is being left to algorithms trained through machine learning. In a nutshell, to train up an algorithm, you feed it data in order to get a desired output. If the output isn’t what you want, you change the parameters of the algorithm until it does give you the answer you want. For example, you could feed an algorithm a set of pictures until it can accurately label a face as a face. Then you send that algorithm out into the world to do facial recognition on new photographs.

But you don’t really know what the rules are that it’s using to make its decisions because you can’t see inside what’s called the black box­ — the pattern in the data that the algorithm is using for decision-making. The thing that we don’t talk about enough is that the way the algorithm functions is totally dependent on the kinds of data it was trained on. Because of this, biases are coded in. Facial recognition algorithms have trouble with Black faces. Google shows women ads for lower paying jobs than men. We’re in a pivotal moment where we can decide as a society that we care about these issues, and we can insist that there is some kind of regulation and oversight for the big tech companies that are creating these algorithms and outsourcing decision-making to them. But that will only happen if people become aware of how pervasive and potentially harmful the problem is.

You’re partnering with a number of technology groups—Bandcamp, BluPanda, video designers—to create a certain ambiance for the show. Can you discuss what audiences may be walking into?
I can’t say too much, but I can give you the broad strokes: You have been invited to the welcome party for Dorothy, the new chief engineer at Rix, a small company in Silicon Hills. On your table is a tablet computer that will help you get a free drink. Soon the tablets in the space become the chorus for the show. And as the narrative progresses, the tablets transform into something more sinister… the algorithm.

Again, without giving too much away, let’s just say this is a fully immersive experience, meaning you can agree to be part of the show without actually having to leave your seat or even interact with the singers. Kristin’s staging takes place all around the space, and I should also mention the tremendous video design by David Bengali, which includes unique content on each tablet, as well as on screens throughout the theater.

This might be a little out of left field, but something your opera reminded me of is the backlash Joaquin Castro experienced, in certain circles, for sharing public information about top Trump donors. The internet indeed wields a lot of potential—do you feel like your opera has become increasingly topical in a way?
I think it becomes more topical every day. We are only now beginning to recognize the immense impact that internet companies have on not only our democracy, but our economy and almost every aspect of modern life. But we do need to make a distinction between the internet itself and the gatekeepers who have monetized it. On its own, the internet is not a tool for good or bad. Rather, because we have let these large companies monopolize and curate our access, we have let what could have been a public good become another tool for corporate interests.

To your example, one unforeseen effect of the internet is callout culture. It’s much easier now to point out things that we perceive as injustices or biases, especially among those who are politicians or celebrities. We don’t address this specifically in the show, but it is definitely part of the question: what will your data be used for in the future? Right now, many politicians are being confronted with decades old tweets. Are there things that you’ve posted that you wouldn’t want a potential boss or partner to see?

Looking at You plays September 6 through 21 at HERE, 145 Sixth Avenue, New York, NY. 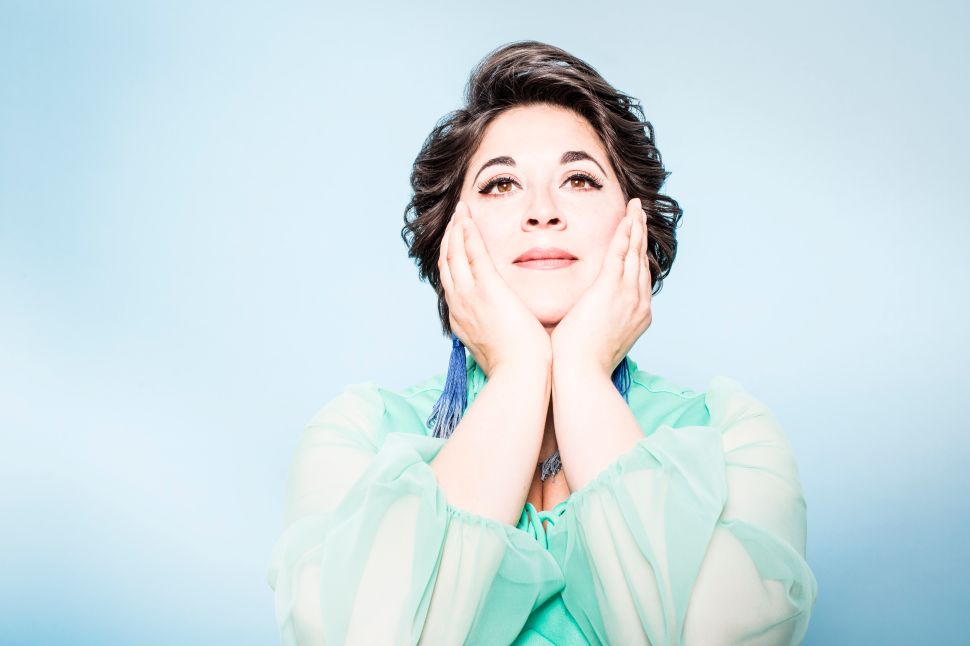