Kanye West is an artist who’s constantly breaking down distinctions between music, contemporary art, curation and performance, so it makes sense that the rapper’s as-yet unreleased upcoming album, Jesus Is King, will reportedly be accompanied by an IMAX film set in a location with integral ties to the world of fine arts. According to a press release from IMAX, the film will feature footage from West’s ongoing Sunday Service series that was shot in Roden Crater, a Northern Arizona-based project by the American light and space artist James Turrell that’s been under construction for approximately 45 years. West is a well-documented fan of Turrell’s; he even donated $10 million to the Turrell Art Foundation in 2018 to expedite the Roden Crater site’s construction.

“Filmed in the summer of 2019, Jesus Is King brings Kanye West’s famed Sunday Service to life in the Roden Crater, visionary artist James Turrell’s never-before-seen installation in Arizona’s Painted Desert,” the IMAX press release states. “This one-of-a-kind experience features songs arranged by West in the gospel tradition along with music from his new album Jesus Is King—all presented in the immersive sound and stunning clarity of IMAX.”

Roden Crater is, undisputedly, Turrell’s life’s project, and in recent years his push to turn the extinct volcano into a multifaceted, publicly accessible quasi-observatory has evolved into an interdisciplinary group effort supported by the Los Angeles County Museum of Art, Arizona State University and Turrell’s Skystone Foundation. The artwork takes the form of a huge underground site that will feature, upon completion, six tunnels and 21 viewing spaces for visitors to behold the sky at all hours.

It’s easy to see why the sheer size and scale of institutional backing demanded by something like Roden Crater would appeal to West, whose tastes are famously ambitious, bombastic and increasingly explicitly spiritual. According to the IMAX release, screenings of the Jesus is King film will begin on October 25. As for West’s ninth album, it was slated for release last Friday, September 27th, but has yet to hit streaming services in full as of Monday afternoon. 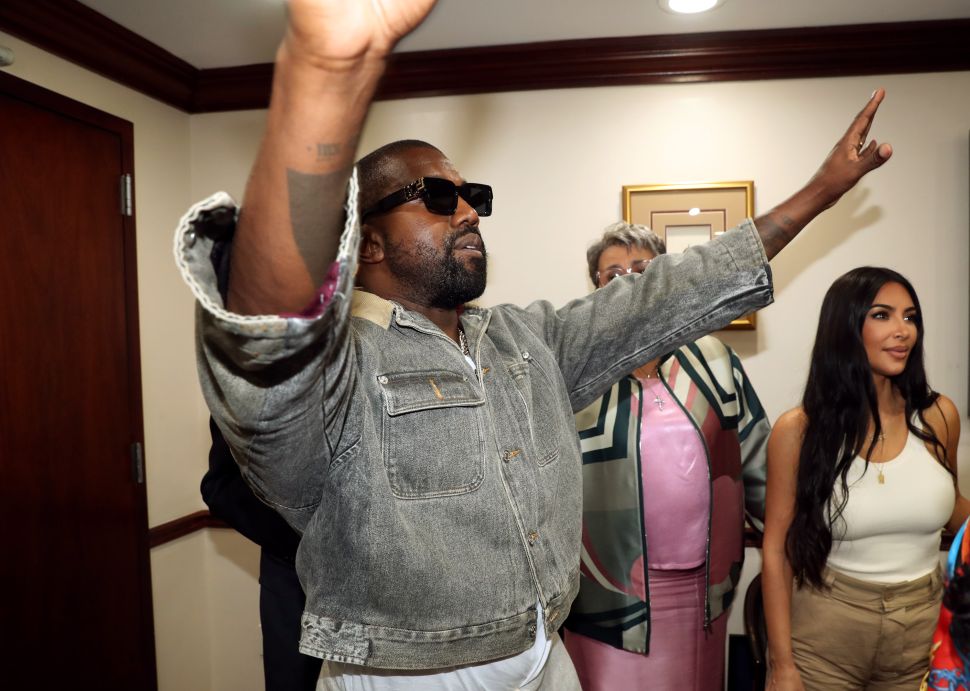