I have never been what might be considered a “trendsetter.” Nor an exemplar of anything anyone outside of the neighborhood chess club might be tempted to deem “cool.” What follows, then, feels as much the celebration of an unlikely success as a recommendation on optimal outdoor attire—the tale of a fashion failure made, dare I say it, downright fabulous by the intervention of chance.

My ascendance to fabulousness began in a small alpine village in northern Italy—Sondrio—where the celebration of (Robert) Burns’ Night in my apartment on January 25 left me sprawled across my sofa the next morning in my nation’s national dress, only a few hours after the last of the whisky-fueled revelers had departed.

Amidst the wreckage from the night before—dozens of emptied bottles stood like a small, odorous citadel around the emptied carcass of the obligatory haggis—my cell phone flashed its need for attention.

SEE ALSO: This Epic ‘Ski Safari’ Lets You Weave Your Way Through 7 Top Resorts in the French Alps

“I’m outside,” said my climbing partner, Alessio, when I answered. “Have you got the rope? And the ice-screws?”

I gave myself an imaginary pat on the back for having at least taken care of these obligations the day before, but was caught with my pants down, quite literally, when only seconds later I espied my only three pairs of hiking pants still heaped in the sodden pile I’d left them in after removal from the washing machine the night before.

“What’s wrong with trousers?” Alessio asked, saltily, as I skidded across the snowy street to the car, a ticklish breeze sending icy tentacles into the deepest, most delicate recesses of my kilt and parting its folds to afford him at least one more view than he had bargained on enjoying during our day in the mountains.

Rather than hazard a full confession, I replied:

In the past I’d roamed many a wilderness in my native Scotland in my kilt without any degree of discomfort, but this time I’d be doing so without the benefit of the Gulf Stream and a bellyful of distilled grains to mitigate the exposure of all that was exposed. On those occasions, moreover, there had not been a large glacier crossing, short ice climb, and over 6,000 feet of ascent on a 12,000-meter mountain to contend with.

But 10 hours later, as we stood outside the mountain hut to which we had retired following our successful climb, I found my choice of attire entirely vindicated. Not only were all parts of my anatomy suitably intact, but those for which I’d harbored the greatest concern were refreshed, ruddied, and happy to have avoided the customary hardships—chafing, squishing, excessive perspiration, mild suffocation, et al.—of a day in pants.

Three years on from that alpine debut, and with over a hundred kilted outings under my belt—or sporran, as the case may be—I remain convinced that I have happened upon a discovery that merits its place on any shortlist of the most notable of our times.

To substantiate such claims, I have compiled a list of the reasons why I believe it’s time more people were doing their mountain-going, peak-bagging, and general wandering of the wilds in plaid:

It has always struck me as one of life’s more absurd injustices that the non-testicled members of our species should, by cultural consensus, be permitted the luxury of the skirt, while the testicled members of our species remained fated to congest the most delicate parts of their anatomy in a contrivance that, had it not the backing of centuries of unchallenged consent and arbitrary societal norms, would surely be recognized as one of the most enduring and ubiquitous instruments of torture ever known to mankind.

While the respective anatomies of our species’ males and females would, in short, be better accommodated by a role reversal in cultural fashion trends, it is my belief that the genitalia of both would be better served—particularly during the rough and tumble to which they are treated in hiking and mountaineering—by a more non-interventionist piece of clothing such as the kilt.

Few activities can stimulate the sudoriparous glands and odorize the underparts quite like a day on the trails. And, contrary to the marketing claims of the pant-people with all their talk of breathability and airflow, I have yet to meet the trousers that will indulge my intimates’ wish for the occasional waft of something less stuffy quite like the kilt. While the configuration of the kilt is conducive, granted, to the creation of a microclimate of warmth in the upper reaches of its strata, that humidity can be dispersed with a simple shake of the setts or shuffle of feet.

The laissez-faire ergonomics of the kilt are such that the logistical hassles and inconvenience posed by pants’ either marginally barbed or buttoned point of entry are foregone, with the commodious lower aperture offering an ample, obstacle-free avenue of egress and ingress when need be.

While the most common question asked of kilt-wearers needs no reiteration, the second most common is that which queries the utility of the small pouch that adorns the kilt’s frontage or “aprons”—the sporran. In essence, the sporran is a small man purse in which one might stash all of the accessories that would otherwise be stowed in the pants pockets and contribute to the cramped conditions, mild assault and general overcrowding of the measly allocation of fabric typically deemed adequate by pant manufacturers in this most delicate portion of personal real estate.

While now is not the time for any salvo of petty tribalism—we’ll leave that to the Brexiteers—as nations go, Scotland is one whose history and contribution to world culture is tolerably inoffensive. If we’re willing to dismiss any guilt by association that might arise from our sporadic (and merely nominal) allegiances with our southern neighbors and focus on the invention of penicillin, the steam engine, television, shortbread biscuits, e-free whisky and so on, our “wee” nation is one that, relatively speaking, deserves to be celebrated. 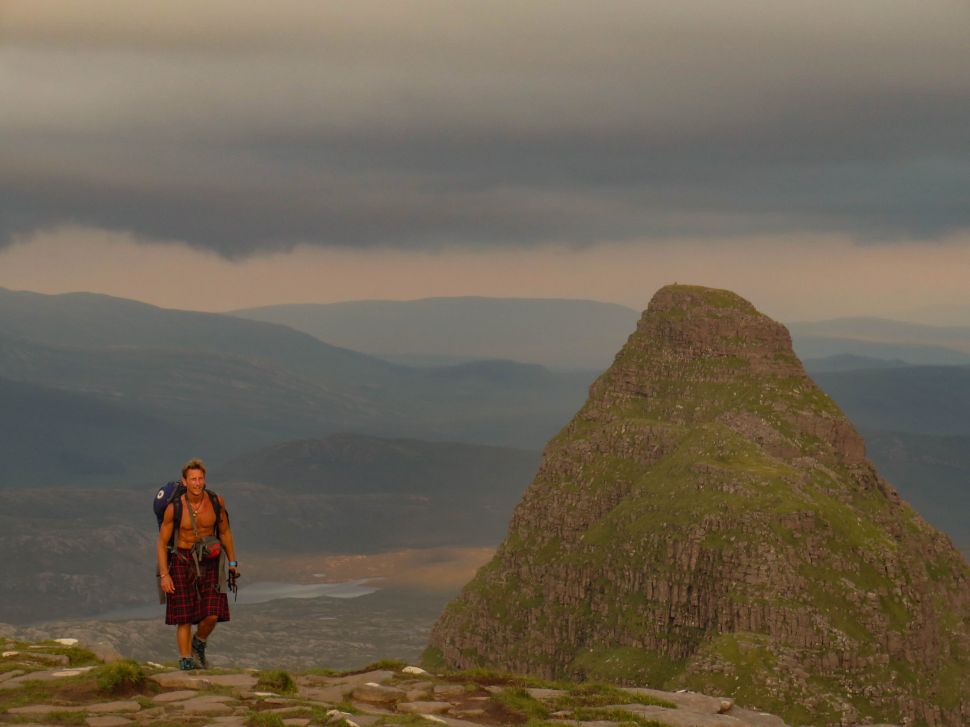