It’s hard to imagine a Kardashian living anywhere other than Calabasas—the Los Angeles enclave is like their headquarters. But Kim Kardashian and Kanye West could be changing things up with their home moves.

Kardashian and West have purchased a massive ranch in Wyoming, reports TMZ, and they’re planning on spending quite a bit of time there. The sprawling property, located outside the town of Cody, was on the market for around $14 million, and per the gossip outlet, West paid a bit under that, though the precise transaction amount isn’t yet known.

The estate, known as Monster Lake Ranch, is composed of over 9,000 acres. West now owns 4,500 acres, and is leasing the rest from the federal government. The massive ranch is apparently known for “monster trout” fishing, so we’re really hoping that Kardashian kindly documents any of the family’s attempts at this on social media. There are eight lodging units, two freshwater lakes, an event center, restaurant, meeting area and a whole lot of equestrian facilities—horse barns, corrals and more. Perhaps Kardashian’s sister (and noted horse girl) Kendall Jenner will be a frequent guest.

News of the purchase comes just days after Kardashian’s Vogue Arabia cover story, in which West interviewed the Keeping Up With the Kardashians personality for the piece and asked his wife where she saw herself in 10 years. The KKW Beauty contour queen said that she’s “already living in those 10 years. I see us living on a ranch in Wyoming, occasionally going to Palm Springs and our home in Los Angeles—and becoming a lawyer.”

So perhaps Kardashian was giving us all a hint as to her living situation, as according to People, the Wyoming ranch won’t just be a spare residence. The outlet reports that West has been in Cody for a few weeks, checking out the area and looking at local elementary schools for their children to attend.

It’s not too surprising that Kardashian and West chose Wyoming, as they’ve vacationed in the state a few times. West also recorded Ye in Jackson Hole last year, and celebrated with a ridiculously over-the-top party filled with many a famous face. Actually, the whole family has taken a few trips to the state, and earlier this year, Earlier this year, Kris Jenner took Kim, Kourtney, Khloe and Kendall on a getaway to Jackson Hole for some Kardashian bonding.

Even if Kardashian and West do make Wyoming their primary residence, we can’t imagine they would entirely forsake California—after all, they spent years completing their massive Hidden Hills compound, and only recently purchased yet another home to add to the palatial estate. But if the family isn’t living in their Calabasas mansion quite as much, at least they won’t have to call in those special European crews every single time there’s a scuff mark on their Belgian plaster floors. 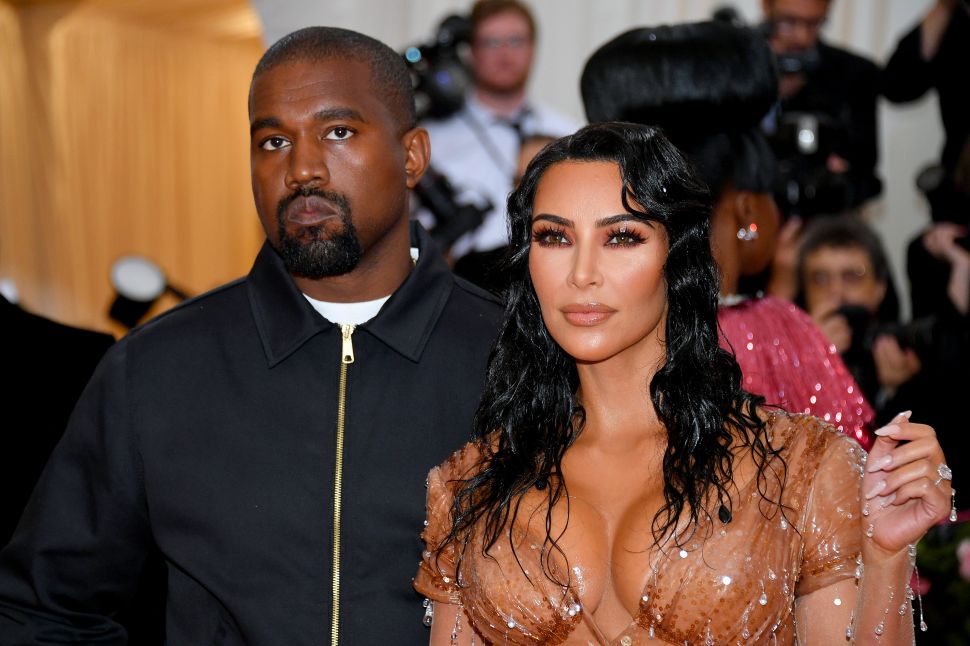