It’s a pattern that’s been reoccurring with notable frequency in the art world: a creator will notice that their work has been potentially appropriated or used without their permission; then they will immediately take to social media to broadcast their acute displeasure to a wider audience. Finally, it’s usually the case that the artist will then do everything they can to get justice litigiously from the villains supposedly ripping them off. Everyone from Ai Weiwei to an Iowa-based experimental muralist has launched cases like this in recent memory, and now it seems another cease-and-desist order is in the mix. Martin Wojciechowski, a Polish-German artist who goes by the name 1010 and who has been making layered and illusionary work for years, recently took to Instagram to accuse the luxury brand Hermès of ripping off his signature designs.

Specifically, Wojciechowski is concerned about a series of purse and backpack displays seen in Hermès airport shops in Japan and Korea, which appear markedly similar to his multicolored, cavelike creations. “It’s actually really not flattering to see my works being reused for the background of boutique displays,” Wojciechowski wrote. “[Too] bad designers that are working for big corporations are willing to rip [off] artists like that.”

Inspiration or plain copy?? Friends recently sent me pictures of different @hermes airport shops in Japan and Korea. Compare the pics to my artwork from 2016 and feel free leave a comment . As an artist i really have a problem with working with brands and big companies. I basically refuse to work with them when i can t identify with their products or their ethics. There are cases where I might get tempted to do so. For example i would think about a collaboration if a company helps me to create a project which i can t produce on my own. I would also think about it if a corporation offers an extra bag of money so that i can support other projects i care for. But besides that i would just say "no thank you" Its actually really not flattering to see my works being reused for the background of boutique displays. To bad designers that are working for big corporations are willing to rip of artists like that. Luckily there are people which help to remind them @glucklawfirm

According to Page Six, Wojciechowski’s lawyer Jeff Gluck sent Hermès a cease-and-desist letter earlier in the summer, but it remains to be seen whether the artist will receive any sort of damages, or even definitive confirmation that he is indeed the victim of intellectual property theft. In the interim, Wojciechowski may at least be able to content himself with the knowledge that luxury retail shop designers may not actually be as deeply original as they purport to be. 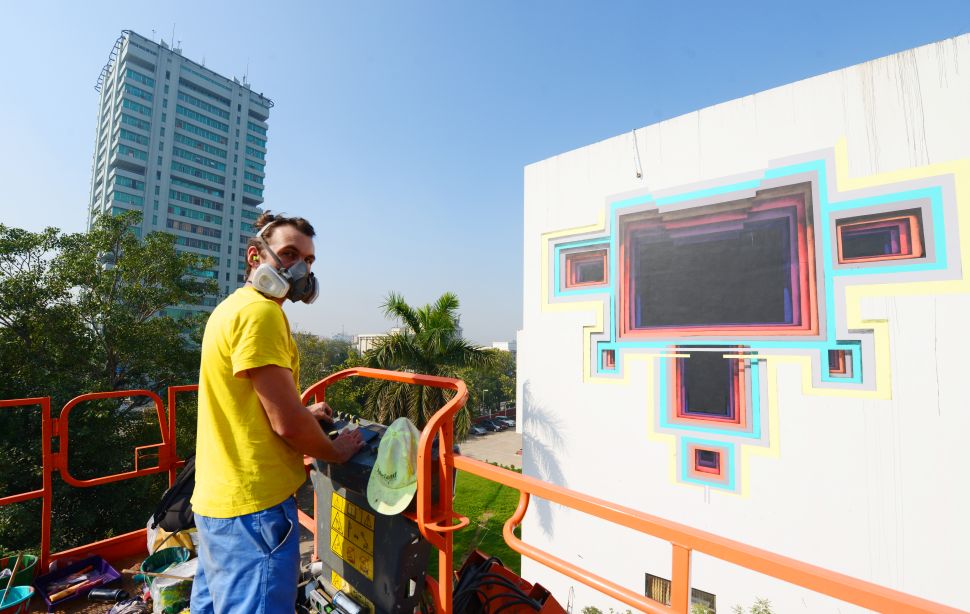