Amid a volatile U.S. economy and rising anti-Big Tech sentiment, Microsoft is an anomaly among companies that are deeply entrenched in the cutting-edge tech and social media business (Microsoft is the parent company of LinkedIn). The tech giant, founded by Bill Gates 40 years ago, is still the largest company in the world today, boasting a market value of over $1 trillion and seemingly immune to any controversies or scandals over hot-button issues like content policing or the use of facial recognition.

During an interview Friday morning in New York with Reuters editor-in-chief Stephen J. Adler, Microsoft’s president and chief legal officer Brad Smith opened up about the secret to making peace with shareholders and critics: Think and act ahead of lawmakers, especially those in the U.S.

“The laws around the world are going to change, and because technology is so global, American companies will adopt a new approach even if the United States Congress does nothing,” Smith said.

Smith, who leads work on issues “involving the intersection between technology and society,” according to Microsoft, noted that lawmakers in other developed nations are often faster than their American counterparts in responding to societal crises involving tech companies.

For example, earlier this year New Zealand passed a sweeping gun control law within a month of the tragic mass shootings at two mosques in Christchurch in March, during which the gunman live-streamed the first attack on Facebook Live.

Facebook reacted to the incident by taking down the violent video after receiving user complaints. The social media company said the video had been viewed only 4,000 times before it was removed, but critics said Facebook should have had a system in place that could have responded faster or blocked such content from being posted in the first place.

Google faced similar public backlash for its lack of preventive measures when it sold a contract to the Pentagon in 2017 that would allow the government to use Google’s facial recognition technology to analyze military drone footages.

Smith said Microsoft had turned down government requests for similar technology, fearing possible misuses. “We won’t sell facial recognition services for the purposes of mass surveillance anywhere in the world,” he said.

Finally, Smith pointed out that the current U.S. law governing content platforms, the U.S. Communications Decency Act of 1996 which protects tech companies from being sued for what users post on their platforms, is outdated and needs revision.

Tech companies with a content platform should have a “new level of responsibility” for what is posted and distributed on their sites, he added. 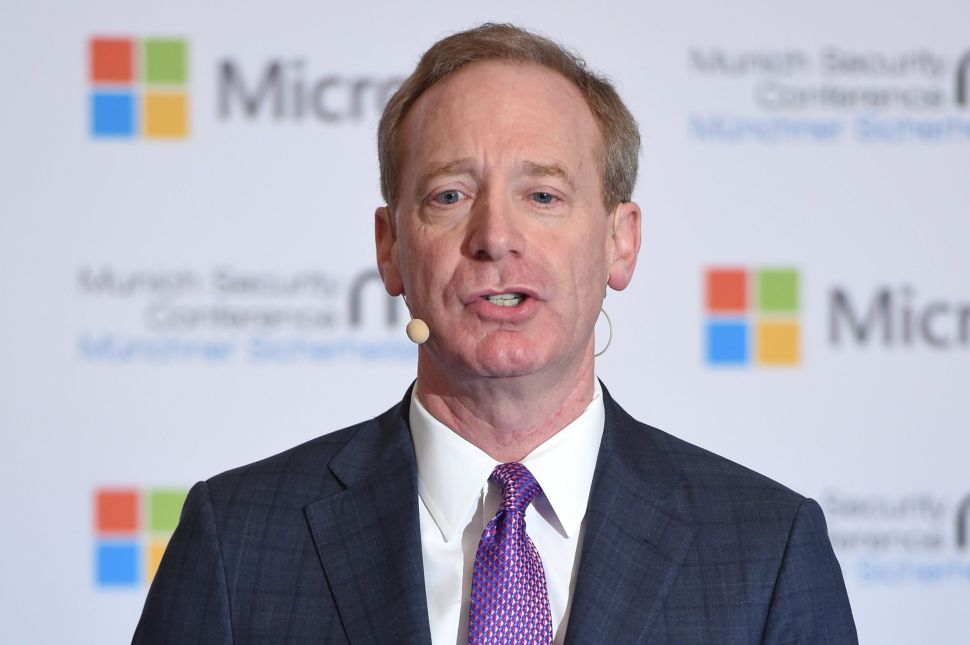