A few years ago, during its third season, ABC’s Black-ish aired an episode titled “Being Bow-racial,” which put the focus on the family’s matriarch, Rainbow (Tracee Ellis Ross), a character with a black mother and white father. Looking at how her mixed-race identity has informed her life, it was a standout episode that talked about being biracial in a candid, relatable, and funny way—which is what Black-ish excels at. Now, creator Kenya Barris, along with Peter Saji, has expanded this conversation to a whole series.

Mixed-ish is a prequel to Black-ish (and the series’ second spinoff after Freeform’s Grown-ish) and takes place in 1985, when Bow (Arica Himmel) is 12 years old. In the early ‘80s, Bow and her family—mother (Alicia, played by Tika Sumpter), father (Paul, played by Mark-Paul Gosselaar), and younger siblings Johan (Ethan William Childress) and Santamonica (Mykal-Michelle Harris)—are living on a hippie commune where “there was no racism, no sexism and everyone was truly equal.” After the commune gets raided, the family is forced to move to the real world—the suburbs—where the kids find themselves baffled by simple things like light switches and toilets. And, of course, race.

On the first day in their new school, a student looks at the Johnson children and asks “What are you weirdos mixed with?” This is the driving force behind the show: Three kids who had never once gave a thought to race are suddenly learning about who they are—and how they’re perceived by others.

Mixed-ish, unsurprisingly, borrows a lot from its predecessor: it generously employs a narrator (Tracee Ellis Ross as older Bow), it provides an educational lesson (here, it’s about Loving v. Virginia) to put the plot into historical context, and it’s intent on blending humor with serious subjects—all of which are hit or miss on Black-ish depending on the episode. Which is why it’s unfortunate that the pilot episode of Mixed-ish is the only one made available to critics: There’s loads of potential, but the first episode is underwhelming, a little too neat, and too reliant on spelling things out for the audience. At one point, when Alicia’s talking about her children, she says, “They’re black and white. Don’t try to make them choose sides.” So then the two youngest kids do choose a side—one picks black, one picks white—while Bow stays stuck in the middle. It’s funny, sure, but so literal. (Mixed-ish, hopefully, will also dive into the fact that being more than one race often means it doesn’t matter what “side” you personally pick—frustratingly, the world too often chooses labels for you.)

It is easy to be optimistic about where the show could go—there’s a well-executed scene where Bow explains to her father that she doesn’t want to choose a side because no matter which one she picks, she’ll be rejecting one of her parents—but it also depends on what, exactly, the series zeroes in on. What I found particularly interesting, and what I hope Mixed-ish spends more time on, is Alicia and Paul’s relationship and how it differs once they’re on the outside of the commune; Paul is Paul everywhere, but off the commune Alicia is seen first and foremost as a black woman, and therefore has to adjust herself to fit in with society’s demands.

What worked with the “Being Bow-racial” episode is that it wasn’t afraid to make its characters dig into uncomfortable places, face their internalized biases and interrogate what being biracial means. If Mixed-ish can dig deeper and go more in that direction, it can grow into a worthy spinoff. 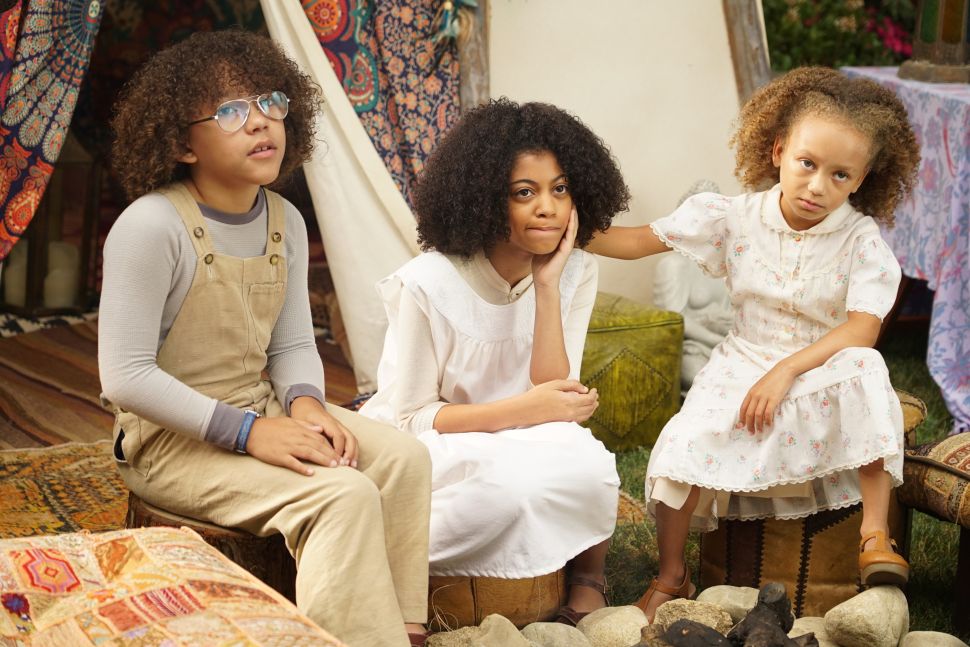