From NASA and ESA (the European Space Agency) to Jeff Bezos and Elon Musk, it’s every space institute’s and tech billionaire’s dream to return to the moon during this century. But while government agencies and space entrepreneurs all focus on building a spaceship to transport humans between Earth and the moon, a pair of young scientists from Columbia University have a distinctly sci-fi-esque idea that may actually work and cost far less than a rocket-spaceship system.

In a paper published on the online research archive arXiv in August, Columbia astronomy students Zephyr Penoyre and Emily Sandford proposed the idea of a “lunar space elevator,” which is exactly what it sounds like—a very long elevator connecting the moon and our planet.

SEE ALSO: SpaceX Is Now One Step Closer to Sending Humans to Mars

The concept of a moon elevator isn’t new. In the 1970s, similar ideas were floated in science fiction (Arthur C. Clarke’s The Fountains of Paradise, for example) and by academics like Jerome Pearson and Yuri Artsutanov.

But the Columbia study differs from previous proposal in an important way: instead of building the elevator from the Earth’s surface (which is impossible with today’s technology), it would be anchored on the moon and stretch some 200,000 miles toward Earth until hitting the geostationary orbit height (about 22,236 miles above sea level), at which objects move around Earth in lockstep with the planet’s own rotation.

Dangling the space elevator at this height would eliminate the need to place a large counterweight near Earth’s orbit to balance out the planet’s massive gravitational pull if the elevator were to be built from ground up. This method would also prevent any relative motion between Earth’s surface and space below the geostationary orbit area from bending or twisting the elevator.

These won’t be problems for the moon because the lunar gravitational pull is significantly smaller and the moon’s orbit is tidally locked, meaning that the moon keeps the same face turned toward Earth during its orbit, therefore no relative motion of the anchor point.

After doing the math, the researchers estimated that the simplest version of the lunar elevator would be a cable thinner than a pencil and weigh about 88,000 pounds, which is within the payload capacity of the next-generation NASA or SpaceX rocket.

The whole project may cost a few billion dollars, which is “within the whim of one particularly motivated billionaire,” said Penoyre.

Future moon travelers will still have to ride a rocket, though, to fly up to the elevator’s dangling point, and then transfer to a robotic vehicle, which would climb up the cable all the way up to the moon. 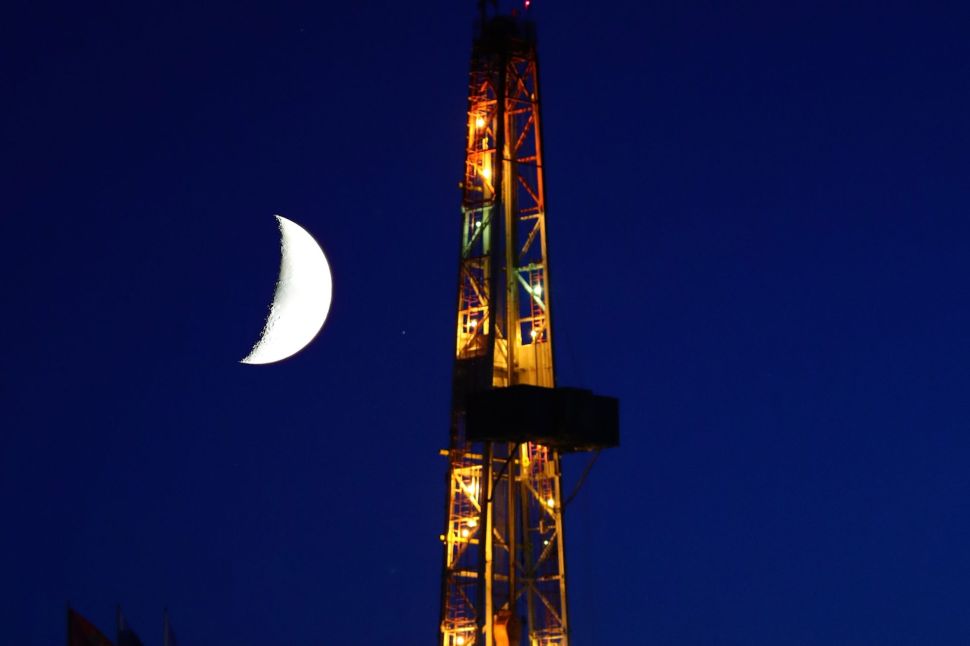