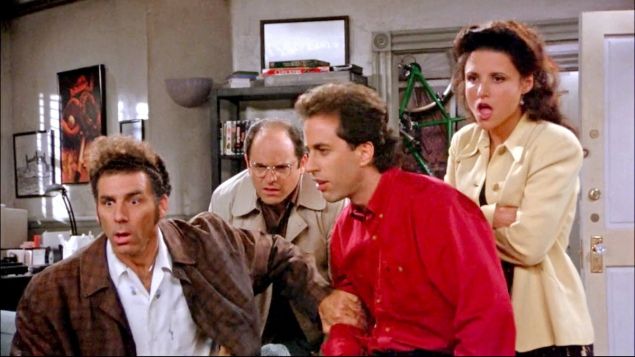 Seinfeld is heading to Netflix. NBC

Shots across the bow are old news in the streaming wars. Now, it’s all about direct hits. First, WarnerMedia reclaimed the domestic streaming rights to Friends from Netflix for a cool $425 million and spent a reported $1 billion on The Big Bang Theory for HBO Max. Then, NBCUniversal dropped $500 million for the domestic rights to The Office for its own forthcoming streaming service, Peacock. Now, Netflix is striking back.

The market-leading streamer has obtained all 180 episodes of Seinfeld, which previously resided on Hulu. The classic NBC sitcom had been earmarked as the next great licensing bidding war among streaming powers. It’s lived up to the hype.

All 180 episodes of the Emmy-Award winning Seinfeld are coming to Netflix — worldwide! — starting in 2021 pic.twitter.com/tLvcCKH4vl

The five-year deal reportedly far exceeds the prices paid for Friends and The Office as it includes worldwide streaming rights, according to the Los Angeles Times. Though Netflix leadership had previously suggested the company was going to wean itself off of licensed content, the Seinfeld deal hints that marquee legacy programming still plays an important role in streaming viewership.

Ted Sarandos, Netflix’s chief content officer, said Monday, “Seinfeld is the television comedy that all television comedy is measured against. It is as fresh and funny as ever and will be available to the world in 4K for the first time.”

Following the company’s first quarterly subscriber loss in eight years, it’s not a shock to see the platform aggressively pursue blockbuster content. But is Seinfeld really as big of a draw as its reputation suggests?

Roughly 72% of Netflix’s watched minutes is devoted to library programming, or reruns, according to Nielsen data provided to The Wall Street Journal. The Office is said to have accounted for 7% of Netflix’s viewing with Friends accounting for 4%. Seinfeld, meanwhile, accounted for less than 1% of Hulu’s total viewership, per CNBC. It’s not an apples-to-apples comparison given Netflix’s leading analytics-driven data algorithms and varied content slate, but it remains an important point to consider.

One school of thought chalks up the difference to creative reasons. Both Friends and The Office prominently feature a will they-won’t they love story in its early seasons, an enticing narrative draw that Seinfeld does not possess. Millennials and Generation Z have given these classic sitcoms new life via streaming platforms, but elemental storytelling hooks still prove powerful.

Regardless of the reason, it’s clear that the battle lines of the streaming wars have been drawn. 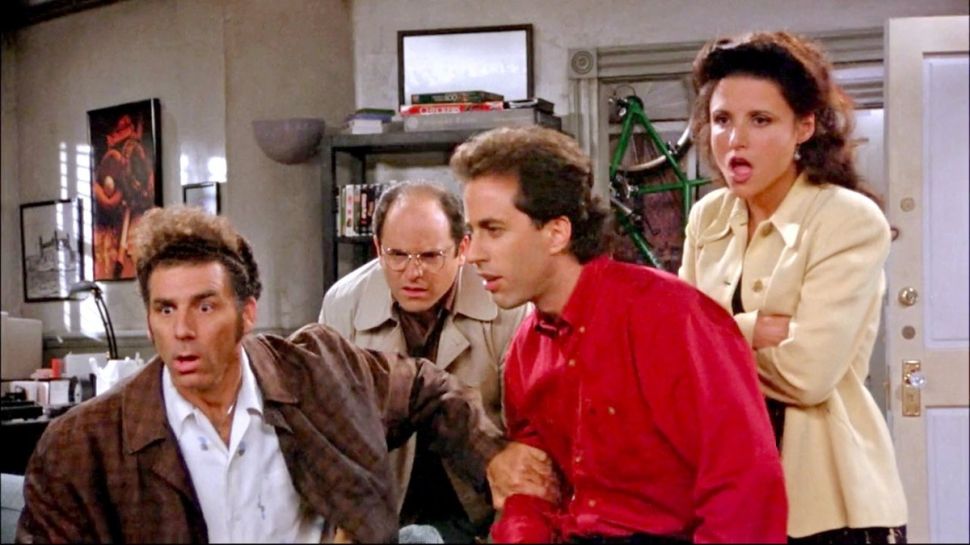