The first question almost everyone always asks about the economy is whether or not we’re headed for a recession. The second question: will the next recession be a bad one, like the Great Recession, or will it be relatively mild by comparison? This column answers both questions, analyzing economic growth data to see where the world is headed and how rough it might be for business.

So what exactly is a recession?

“Economic recessions are caused by a loss of business and consumer confidence,” WorldMoneyWatch president and U.S. economy expert Kimberly Amadeo explained in a post for The Balance. “As confidence recedes, so does demand. A recession is a tipping point in the business cycle. It’s where the peak, accompanied by irrational exuberance, moves into contraction.”

But when will the next economic recession take place? “Calling the precise time of the next global economic recession is notoriously difficult,” wrote Desmond Lachman, a resident fellow at the American Enterprise Institute (AEI) and a former deputy director at the International Monetary Fund, in a recent article for Seeking Alpha.  Moreover, nobody’s really sure how bad of a decline it will be when a recession eventually hits.

There is no shortage of opinions about economic downturns, so it helps to have some data on when these events happen, and how long they last. To answer these questions, I looked at National Bureau of Economic Research (NBER) data, which provided some answers to these pressing questions about our economy.

Looking at the numbers, we can see that the Great Depression was not our longest economic struggle. The Panic of 1873-1879 lasted longer. History textbooks may tell you that the Gay Nineties, Roaring Twenties and 1950s were our greatest economic times, but the NBER research exposes those myths. The 1890s and 1920s each had four economic recessions during their decade, while the 1950s had two economic recessions, the latter of which hurt the GOP badly in the 1958 election. Few have good things to say about the 1960s, but it was a decade of strong growth, as were the Reagan years (1980s) and Clinton years (1990s). 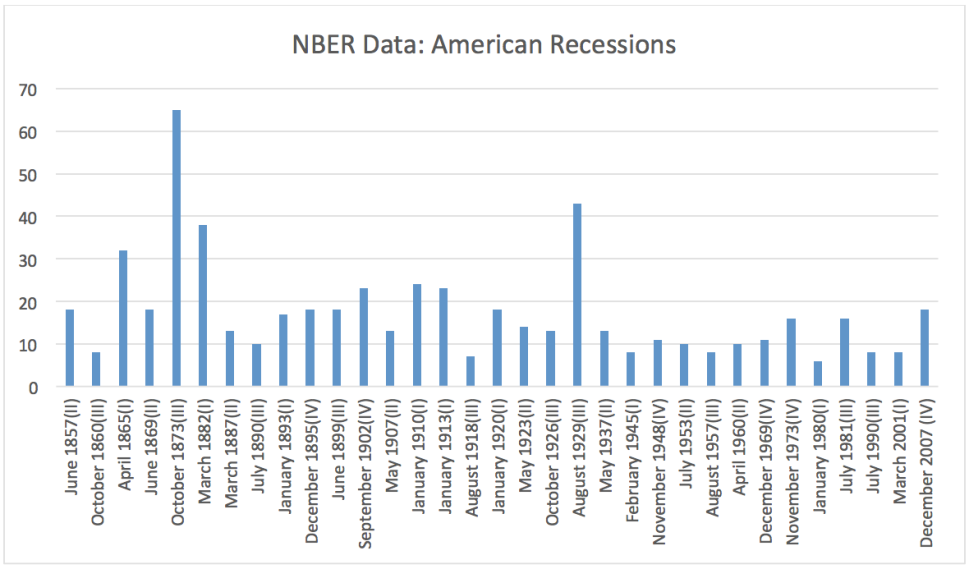 So what do the numbers tell us today?

If you look at American economic history, using NBER data, you’ll find that the average growth length is about 38.73 months. Our current economic growth started in June of 2009, so an economic recession should have hit in August of 2012, which would have been bad timing for President Barack Obama. But it didn’t; we’ve had more than 10 years of economic growth, one of longest growth periods in U.S. history, numbers that should help President Donald Trump in the next election if he can maintain them.

So, we’re overdue for some bad economics news. But when might it arrive?

“Two-thirds of business economists in the U.S. expect a recession to begin by the end of 2020, while a plurality of respondents say trade policy is the greatest risk to expansion, according to a new survey,” Fortune magazine reported last year. “About 10% see the next contraction starting in 2019, 56% say 2020 and 33% said 2021 or later, according to the… poll of 51 forecasters issued by the National Association for Business Economics…”

With a recession seemingly imminent, the next question is: what could cause it?

According to Fortune magazine’s 2018 report, nearly half of business economists cited U.S. trade policy, while the rest see either interest rates, or stock market volatility, as the culprit.

There is no limit to the speculations about the next economic recession. Lachman thinks it will be a bad one. “The lack of adequate policy instruments to respond to the next global economic recession would suggest that when the next recession does occur, it will be much more severe than the average post-war recession,” he noted in a post published by investment industry news source ValueWalk Premium.

“The Federal Reserve has an extremely challenging task at hand, concurred Peter Hooper, Deutsche Bank Securities’ chief economist, in an op-ed for The Washington Post. “With price inflation on the rise and a tight labor market, the central bank must now navigate the economy away from overheating and land it in a sweet spot of full employment and price stability. But the Fed has never been able to achieve such a soft landing. Every time it has attempted the feat, we’ve fallen into a recession—the severity of which corresponds with how much the economy overheated.”

In an attempt to find my own data-backed answer, I analyzed NBER statistics to determine if bad recessions generally occur after a long period of growth, or after a short period of growth. Wait, so what’s a bad recession? “The 2007–2009 recession was one of the worst of the post-war period, exceeded only by the ‘double dip’ recession of 1980–1981. In contrast, the 2001 recession was mild by comparison,” according to Guggenheim analysts.

Therefore, downturns the length of the Great Recession (18 months) or longer are considered severe, while those shorter in duration are judged to be more mild by comparison. The Great Recession followed a long period of growth (2001-2007), increasing the chances of long-growth eras leading to bad economic endings. But that wasn’t the case in the 1980s and 1990s; recessions during those two decades occurred after long-growth periods, but these were relatively mild economic problems by comparison.

In conclusion, although we’re well overdue for a downturn, the results should not be too bad once it arrives. The most important way our country can fight the forthcoming economic slide involves developing more tools to keep a recession in check and seeking more economic cooperation abroad, as economists and business leaders suggest.  The economic policies of the 1920s would be disastrous if employed today. 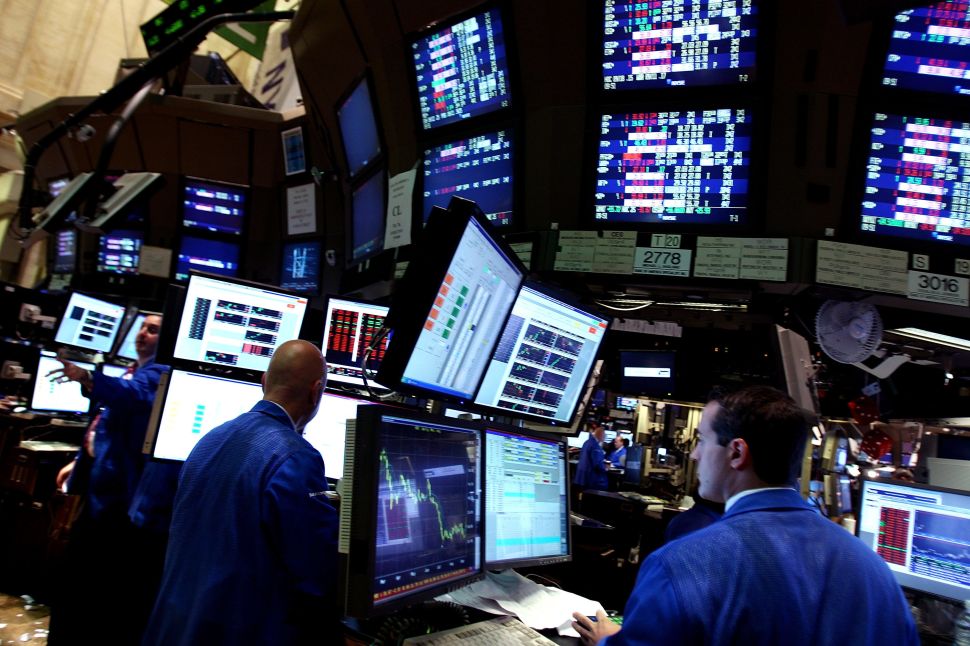