The majority of the NFL’s current television broadcast deals expire at the end of the 2022 season, and talks between the league and its cable and streaming partners are inching closer. As of now, the NFL earns around $5.5 billion per year from its broadcast deals. While live programming remains linear television’s last vestige of hope against over-the-top viewing, the old powers still need assurances of viewership. Following a two-year ratings skin, the 2018 NFL season rebounded by five percent in the ratings and the 2019 season is off to a similarly promising start.

The biggest winner of Week 1 is ESPN’s Monday Night Football double-header. The cable network’s $2 billion in annual NFL broadcast spending is a steep price. But the New Orleans Saints’ stunning last-minute comeback victory against the Houston Texans was a thrilling launching pad for this season’s broadcast, rising an incredible 27% compared to last year’s game. The subsequent Oakland Raiders and Denver Broncos game saw gains of 10% for a total audience of 10.6 million live viewers.

In 2018, NBC’s Sunday Night Football was the second-most-watched TV program by average viewership, attracting an audience of 19.6 million. This past weekend’s match-up between the New England Patriots and Pittsburgh Steelers topped those numbers with 22.2 million viewers. NBC pays more than $1 billion per year for its NFL broadcast rights.

Fox, which last year shelled out $3 billion for Thursday Night Football rights over the next five seasons to go along with its Sunday afternoon lineup ($1 billion), enjoyed a three-year high in ratings. The Dallas Cowboys’ victory over the New York Giants earned nearly 24 million viewers, the network’s best Week 1 performance since 2016.

CBS, which also pays a similar $1 billion per year premium, was the only network in Week 1 to experience a drop in viewership with regional coverage down 10% from last year to 15.4 million viewers, according to the outlet. 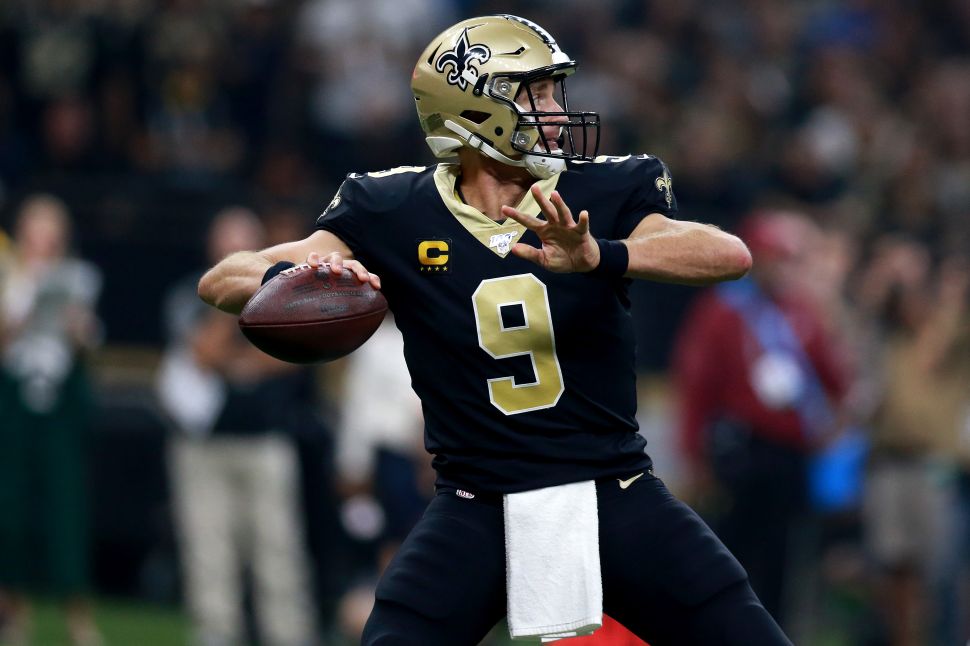