In the final months of 2018, after Nissan’s storied chairman and CEO Carlos Ghosn was ousted and jailed in the fallout of an ugly personal financial scandal, the Japanese automaker appointed then co-chief executive Hiroto Saikawa as his replacement, hoping the move would turn a fresh page.

However, less than a year on the job, Saikawa suddenly found himself at the center of another financial scandal—one that he didn’t even know about.

Last week, Saikawa admitted to reporters in Japan that he and several other Nissan executives had been overpaid due to an ill-designed company bonus plan. Saikawa made it clear that he hadn’t done anything wrong and would return the excess funds.

“I thought everything was being carried out properly, and I didn’t know anything,” he told reporters.

The compensation plan in question is Nissan’s stock appreciation rights (SAR) program, a typical bonus plan adopted by large corporations to reward key executives with cash or equity that reflect appreciation in the company’s stock over a specified period.

Speaking to reporters on Monday in Yokohama, Nissan chairman Yasushi Kimura said the payments Saikawa and other executives had received were not illegal, but the program was found to have been “intentionally manipulated” to increase the amount of money that could be gained from it.

“As a governance issue, we take it seriously,” Kimura said.

But Saikawa has been scapegoated anyway. At Monday’s press conference, Nissan’s board announced that Saikawa would step down effective next Monday. The company has named current chief operating officer Yasuhiro Yamauchi as acting CEO while Nissan searches for a permanent successor.

Since Ghosn’s downfall last year, Nissan’s profits have been on a free fall, causing share price to tumble 25% this year so far.

The 85-year-old automaker was one of the first major industry players to explore the emerging electric vehicle space. Its signature electric car model, the Nissan Leaf, has consistently claimed the title of the world’s most popular affordable EV since reaching the market in 2010. 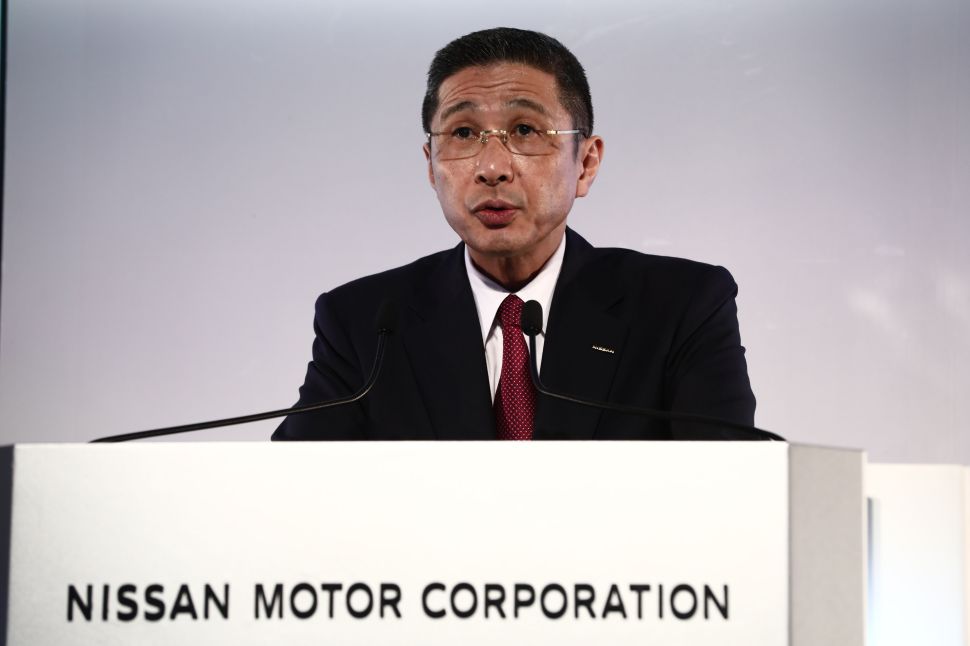