Has plant-based meat gone too far? You be the judge.

Novameat, a Barcelona-based startup, is developing equipment capable of 3D printing meatless “steak,” according to TechCrunch.

Founded in 2018, the company announced it just received backing from New Crop Capital, which has also invested in Beyond Meat, Kite Hill and Zero Egg, among other plant-based products.

Founder Giuseppe Scionti, a bioengineering researcher and entrepreneur, explained that the custom machine and trailblazing method of “printing” plant-based meat will be licensed out to manufacturers, giving them a way to create “the texture and taste of a steak.” It’s also meant to cut production costs and make typically high-end meat items, like steak, more affordable.

“Novameat’s bioprinting-based technology provides a flexible and tunable method of producing plant-based meat, with the utility to create different textures from a wide variety of ingredients, all within a single piece of meat,” Scionti explained to TechCrunch.

Unlike the current crop of faux meats, which are typically compounded of “unprintable” ingredients, Novameat’s 3D printing machine is able to produce lab-made proteins that look and feel like slabs of steak. Scionti was inspired to start Novameat through researching ways to mimic animal flesh texture using technology.

“While I was researching on regenerating animal tissues through bioprinting technologies for biomedical and veterinary applications, I discovered a way to bio-hack the structure of the native 3D matrix of a variety of plant-based proteins to achieve a meaty texture,” he said in a released statement.

Novameat joins a slew of booming plant-based meat companies currently enjoying abundant funding and growth, namely the aforementioned Beyond Meat and Impossible Foods. The 3D printing startup plans to use its latest venture capital funding to expand its operation and bring its technology to the market. 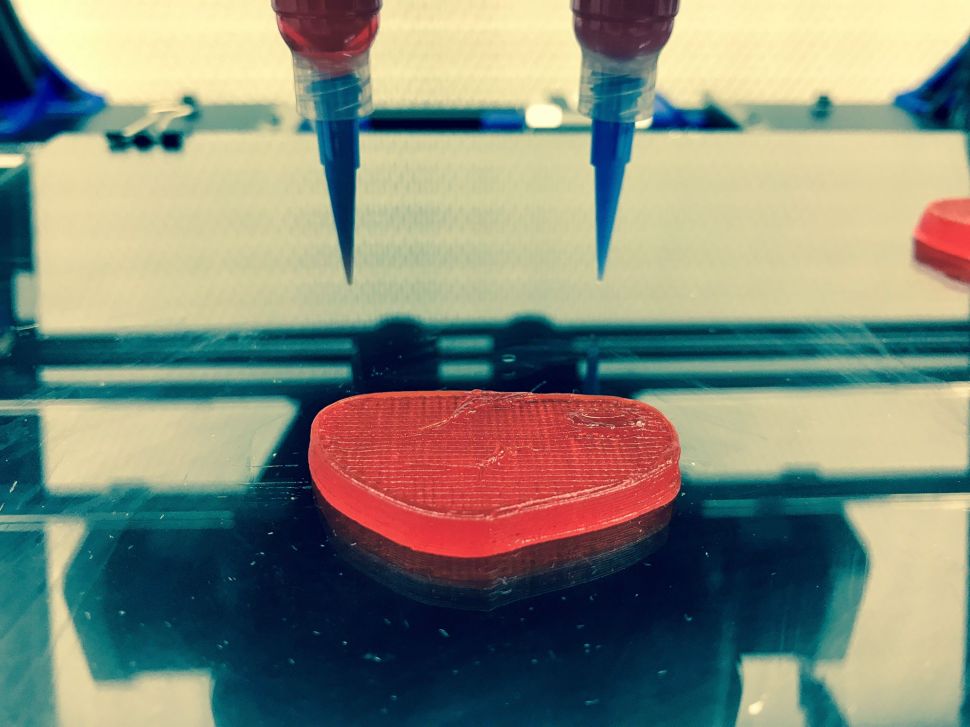