The smell of fresh paint hung in the air on Tuesday morning as guests were ushered into Pace Gallery‘s new lobby on 540 West 25th Street, a medium-sized room which gives way to a ground floor exhibition space, a long corridor leading to the elevators and a beautifully robust library. Overall, the building, which will serve as the gallery’s new global headquarters, is anything but medium-sized.

When the mammoth eight-story structure opens to the public on Saturday, September 14, the first thing that attendees will probably think to compare it to is a museum; one that’s complete with several different exhibitions on simultaneous display and a stunning sculpture terrace that provides near-panoramic views of the Hudson River.

Amidst an incredibly competitive and complex art market, smaller galleries are suffering from their lack of resources and bigger institutions are devising creative ways to stand out. Pace’s new headquarters is likely to completely reorient the Chelsea scene around its gravitational pull; according to Pace president and CEO Marc Glimcher, the space can retain 600 paintings in storage and play host to artist talks, dance performances and all manner of multimedia exhibitions. Plus, a new crop of curators including Mark Beasley and Oliver Shultz (formerly of MoMA PS1) are sure to enhance Pace’s clout globally.

The artists featured in the building’s upcoming debut include Alexander Calder, Yto Barrada and Fred Wilson, whose intricate chandeliers decorate the seventh floor. Most striking are a series of geometric paintings by Loie Hollowell which seem to emit their own light source, as well as new drawings by David Hockney which feel more playfully pastoral and cinematic than almost anything else he’s done.

The building’s design, Glimcher said over breakfast, was about “having a place to linger and a place to dream” and about taking visitors “to the beginning of the 20th century so they can see the future.” Throughout his address, the importance of catering to artists first was reiterated multiple times. Glimcher’s father, Pace Gallery founder Arne Glimcher, also took to the mic to highlight this point. “The plan was that at the top of the pyramid was the artist,” Glimcher Sr. said. “My name was never on the gallery because I didn’t want it to be.” 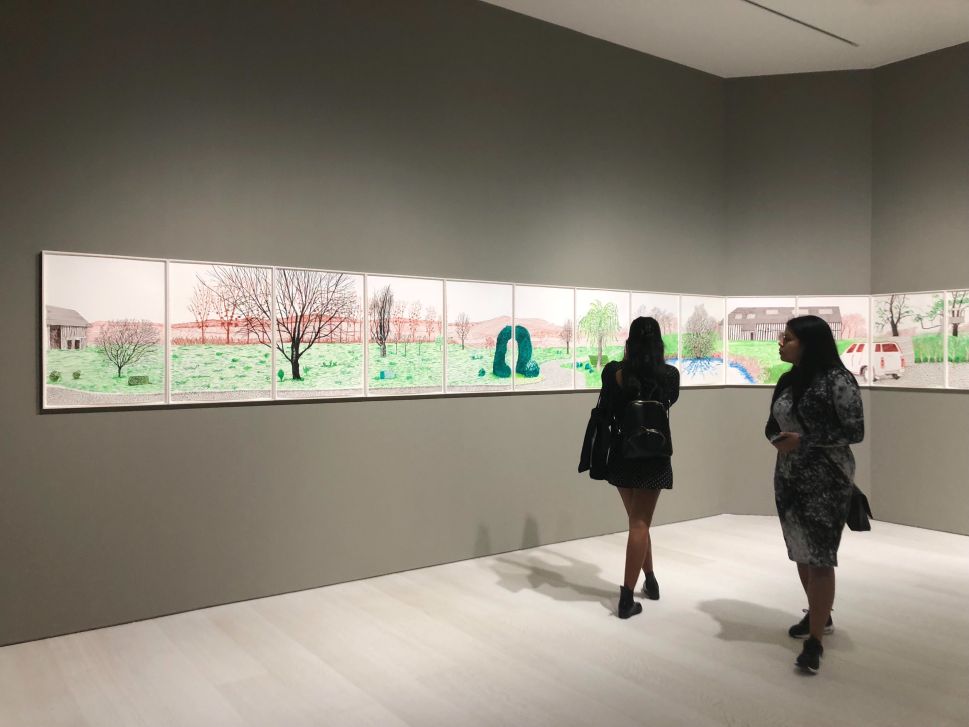