Christie’s auction house, like any other auction house, is hoping to have a profitable and enthusiastically attended fall season. An obvious strategy for making that happen involves offering wearable, historically desirable items up for sale. In November, Christie’s will be holding two wristwatch auctions in Geneva and Hong Kong that epitomize this ostensibly tried-and-true method. On the docket are treasures made by master timepiece manufacturer Patek Philippe that once belonged to Henry Graves Jr., a 20th century American industrialist and passionate watch enthusiast.

Graves Jr. was serious about his collection to the extent that he reportedly once competed with his rival, automobile engineer James Ward Packard, over which man would be the first to own a timepiece with the most “complications” (watch functionalities besides the obvious tracking of hours, minutes and seconds).

SEE ALSO: ‘The Goldfinch’ Cast Were Asked to Choose One Artwork to Save From Destruction

Back in 2014, a watch aptly called the Patek Philippe Henry Graves Supercomplication sold at a Sotheby’s auction for over $24 million, setting a world record for the most money ever paid for a timepiece. In Geneva this year, Christie’s is offering a Philippe-made gold tonneau watch that was completed in 1927, and that is thought to be the first watch by the master that Graves Jr. snatched up for his collection. However, Christie’s is estimating the watch at $3 million to $5 million, indicating that the conditions of 2014’s record-breaking Geneva sale likely can’t be replicated.

Meanwhile, in Hong Kong on November 27, Christie’s will proffer a blue Patek Philippe Reference 2523. The rarity and beauty of this item may not be enough to supersede the fact that right now, the Hong Kong watch market is struggling to stay above the fray of protests, disinformation campaigns and existential anxieties that have gripped the city over the past year. Further warning signs abound: Christie’s spring 2019 sales in Hong Kong dropped 18 percent from 2018, and in August, Rebecca Wei stepped down as CEO of Christie’s Asia after only spending eight months on the job. Is it possible the Reference 2523 watch won’t find a buyer?

General opinions differ. In September, Kevin Ching, the chief executive of Sotheby’s Asia, told the South China Morning Post that overall, he wasn’t worried about Hong Kong’s upcoming auction season. “Every season there are different poli­cies and factors that might affect buying sentiments and decisions, including the macro­economic environment, economic growth and market expectation, among others,” Ching said. “Many of them have been in place for some time, yet we haven’t seen any major impact on our business.”

In 2019, innovation on the auction circuit usually pays off: just ask Banksy. Covetable sneaker collections are being snapped up at auction by enthusiasts like Miles Nadal, but rare watches have been raking in cash for Christie’s, Sotheby’s and their peers for essentially as long as there have been art aficionados with ample disposable income to spare. Regardless of political atmosphere, watches are indeed beloved by celebrities and reclusive collectors alike; indicating that for the auction houses, time has always been on their side. 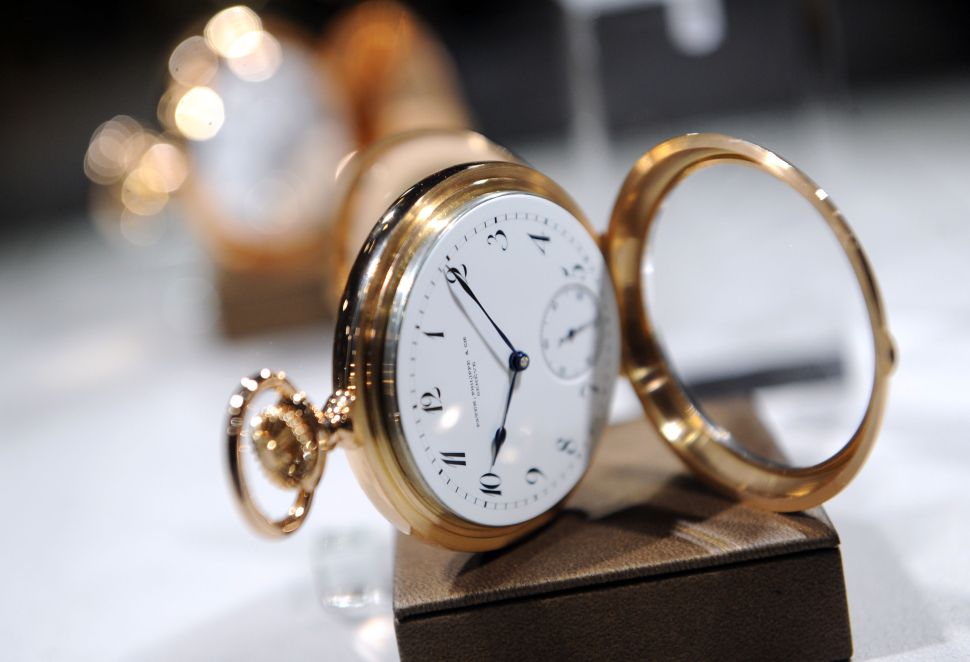