Philadelphia has one of the most interesting and multifaceted art scenes in the country, but it’s also been plagued by the same existential and visceral concerns which trouble any tight-knit community: gentrification, funding and generational turnover. For the past couple of years, conflict has surrounded the Painted Bride Art Center on 230 Vine Street, a multidisciplinary space which was founded in 1969 by visual artists at the height of the Alternative Space movement. In 2017, the Painted Bride organization put the building up for sale with the understanding that the profits would go right back into sustaining and supporting the local arts community. However, some organizers haven’t exactly warmed to the idea of losing the space.

This week, permits were filed by the building’s eventual new buyer, Atrium Design Group, in order to obtain permission to build 16 condos and a roof deck on the site where the Painted Bride Art Center currently stands. This prospect is abhorrent to many denizens of the Philadelphia art scene, but Laurel Razka, the executive director of Painted Bride, says that the organization’s intent has perhaps gotten lost in the conversation.

“Over the last few years, we saw that our business model was no longer sustainable,” Razka told Observer over the phone on Friday. “We came to the very difficult decision to sell our building and invest the income from the sale into an endowment fund, and use the interest for the core support of the organization going forward and to develop projects that would happen in neighborhoods across the city that don’t have access to regular cultural events.”

Organizers protesting the development of the building tend to reference the fact that it’s currently decorated with a mosaic made by Isaiah Zagar, a beloved Philadelphia artist who’s also responsible for the city’s Magic Gardens. “What is very frightening is that if there is an approval, they will move quickly to sell it and probably destroy the building and murals,” Jonathan Stein of the Coalition to Preserve Painted Bride told WHYY on Wednesday.

“A conservationist gave us a quote of $1 million dollars to repair the mosaic,” Razka said. “A structural engineer found that the mosaic was 50% delaminated from the building, which means it’s removed from the walls. The building is currently covered with black construction netting as a way to protect it, and to protect anybody walking by. [Zagar’s] organization, Magic Gardens, has said that they will come and fix it. Understanding the full scope of what that means, and the ongoing care to protect it has never been clarified.”

On September 10, Razka and other leaders of Painted Bride will argue their case for redevelopment in court, but the tension between the demands of historic preservation and the artistic merits of surrendering brick-and-mortar space will continue to reverberate, in Philadelphia and beyond. 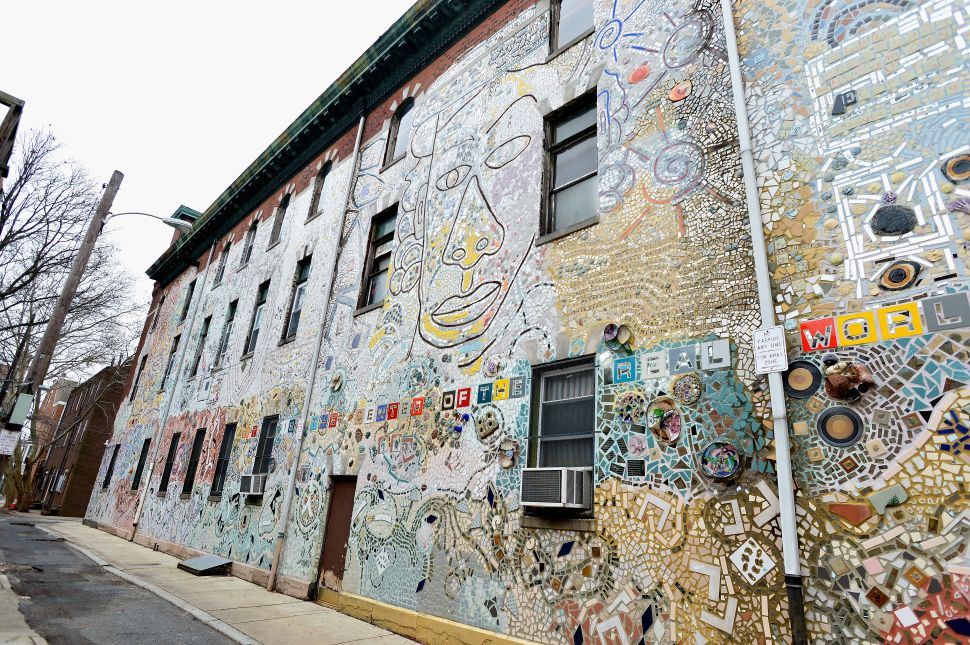