Pierce Brosnan is finishing up the summer on a high note, as the actor and his wife, former journalist and actress Keely Shaye Smith, just scooped up a new Santa Monica retreat.

Brosnan and Smith doled out $2.95 million for the 2,319-square-foot Los Angeles home, which was originally built in 1941.

The three-bedroom, three-bathroom property was originally on the market for a touch under $3 million, so the former James Bond star got a (very) minor discount.

The house is located in the College Streets, an area within Santa Monica with a number of roads named after universities, per the Los Angeles Times, which first reported the sale.

The living area contains a marble-accented fireplace as well as a bay window; there’s also a separate, more casual entertaining area and a dining space.

The kitchen has stainless steel appliances, wood cabinetry, granite countertops and a small breakfast area, from which one can directly access the backyard.

The master suite has a vaulted ceiling and electric skylights, with an office area as well as French doors that lead to the grassy backyard. The bathroom is fitted with a double vanity, steam shower, Jacuzzi and yet another skylight.

There’s no pool outside, but there are a few sizable patios for lounging and potential al fresco dining.

Brosnan and Smith, who also own an Hawaii home on Anini Beach, are both vocal environmental activists, so perhaps they’ll be adding a few eco-friendly features to their new home, like with their longtime oceanfront Malibu mansion on Broad Beach—it has solar panels, a compost pile, recycling system and other environmentally-aware features. 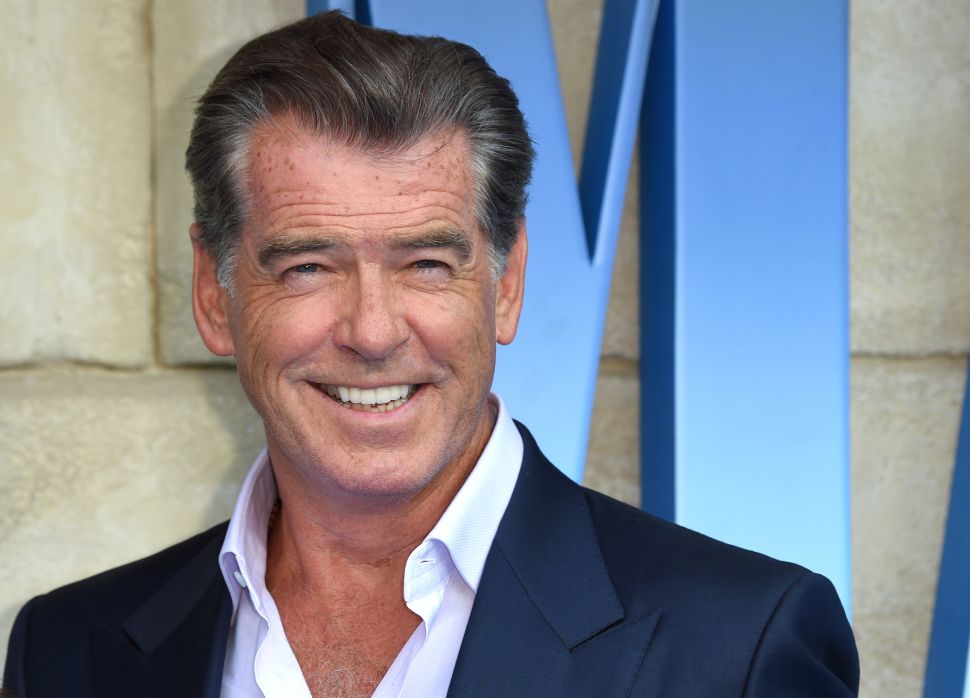