Plácido Domingo, the opera star who was accused of sexual harassment by at least nine women earlier this summer, is primed to make his fall season debut as the star of Verdi’s Macbeth at the Metropolitan Opera in New York City on Wednesday evening. According to a new report from NPR, Peter Gelb, the opera’s general manager, held a meeting last Friday with the institution’s orchestra and chorus in order to discuss why Domingo was not being suspended by the Met. Four Met employees who spoke to NPR anonymously said that Gelb told the group that part of the reason why he hadn’t taken any steps to investigate Domingo’s conduct was because the singer’s accusers had only spoken to the Associated Press, and not to any other reputable news outlets.

Gelb also reportedly said that since all the women who spoke to the AP did so anonymously, this dilutes the validity of their claims, despite the fact that Patricia Wulf and Angela Turner Wilson both put their names behind their accusations of Domingo. Just a week before the AP story in question came out, news broke that the Met Opera had settled a lawsuit regarding the sexual misconduct-related firing of conductor James Levine, who had been a fixture at the institution for decades.

“[Gelb] explained that because there was currently no corroborated evidence against Mr. Domingo the Met believed that the fair and correct thing to do was to wait until the investigations by LA Opera and AGMA had taken place,” the Met said in a statement sent to NPR. “He explained that if corroborated evidence is made public either through the investigations or other means, the Met would take prompt action.”

Back in August, the AP published an expansive investigation into the behavior of 78-year-old Domingo, who has long been touted as one of the opera world’s most respected and revered figures. According to a dancer and eight singers who have worked with or close to the celebrated Grammy winner, Domingo has repeatedly sexually harassed women in a wide spectrum of ways, including bestowing unwanted kisses, groping and professionally icing out people who rejected his advances.

In the immediate aftermath of the AP story hitting the news, Domingo issued a statement calling the allegations “as presented, inaccurate.” The Los Angeles Opera, of which Domingo is the General Director, hired the law firm Gibson, Dunn & Crutcher to conduct an independent investigation that is apparently still ongoing; the LA Opera declined to comment for this story.

Domingo’s accusers have also triggered a rash of conversations about his professional future. “Plácido Domingo is a huge cash cow, and sometimes I feel like management cares more about money and reputation,” a female choir member at the Met told NPR. “What if these accusations turn out to be true or if there’s legal action against Maestro Domingo? I feel that Peter Gelb is saying, ‘I don’t have a problem exposing my artists to such situations.'”

Soon after the allegations against Domingo originally emerged, the Philadelphia Orchestra rescinded a gala invitation that had previously been extended to Domingo and the San Francisco Opera cancelled a planned concert that would have starred him. “We are committed to providing a safe, supportive, respectful, and appropriate environment for the Orchestra and staff, for collaborating artists and composers, and for our audiences and communities,” the Philadelphia Orchestra said in a statement on August 13.

The Metropolitan Opera did not respond to a request for comment.

Update: On Tuesday afternoon, Domingo announced he would be withdrawing from the Metropolitan Opera’s production of Macbeth. The singer provided a statement to the New York Times, which read in part: “I believe that my appearance in this production of Macbeth would distract from the hard work of my colleagues both onstage and behind the scenes.” The Met also provided a statement, noting “Plácido Domingo has agreed to withdraw from all future performances at the Met, effective immediately. The Met and Mr. Domingo are in agreement that he needed to step down.” 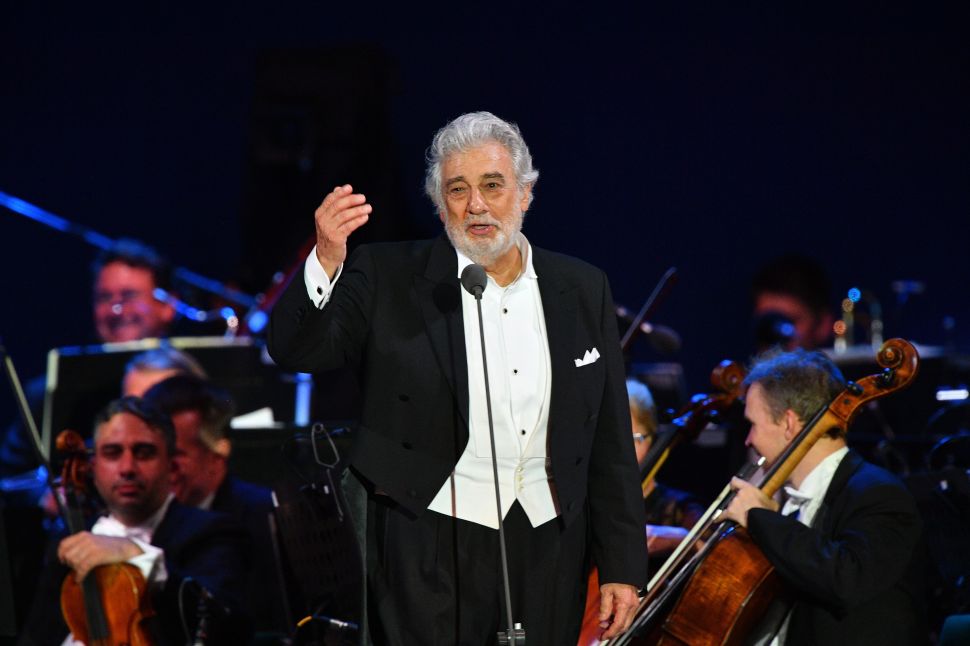