The Duke and Duchess of Sussex are taking a note from Prince William and Kate Middleton with their latest addition to Frogmore Cottage. Earlier this year, the Duke and Duchess of Cambridge had a 950-foot-long hedge planted in Kensington Palace’s back garden for approximately $19,000, in order to prevent the public from spotting or photographing the royal family coming and going to their home.

And now, Prince Harry and Meghan Markle are following in Prince William and Kate’s horticulture footsteps. The Sussexes have received approval to install shrubs, trees and other landscaping in order to create their very own privacy hedge, per Express, at a cost of around $24,800. The new greenery will help to hide their home from a neighboring public pathway, so that any prying eyes won’t be able to easily get a peek at Prince Harry, Meghan and Archie, nor any looks inside their royal abode. It makes sense, as the Sussexes have had issues with privacy and security at both this Windsor home as well as their former Cotswolds getaway.

SEE ALSO: Prince Harry and Meghan Markle Could Be Your Windsor Neighbors

The Sussexes completed a more than $3 million renovation at Frogmore Cottage before they moved in, and they’ve continued remodeling and decorating now that they’ve made Windsor their full-time home. The new privacy hedges are just part of Prince Harry and Meghan’s continued plans for Frogmore, but they had to go about the work in the same way everyone else does—by submitting plans to the Windsor and Maidenhead council for approval. The council gave the application the OK late last week, but it took over two months of waiting around.

Prince Harry and Meghan apparently had to send in the application because they wanted a different design from an already-approved garden, and they also received the go-ahead for a few other items at their Windsor home, including security lights and plans for a tennis or badminton court. They could always ask the Duchess of Cambridge for her thoughts on the landscaping, as she is quite the gardening expert.

There will also reportedly be a new $4,900 outdoor entertaining area, with a patio deck, hand-made barbecue and lots of seating for an al fresco dining situation, per the Daily Mail. The whole outdoor set-up is already nearly completed, but with the new approval from the council, they now have three more years to finish up, if necessary. There’s also an organic vegetable garden, and plenty of space for guests. The outlet claims that it’s “not overly grand,” and very cozy. “It’s somewhere to cook and hang out with their friends.” Perhaps that the Sussexes have plans for a big barbecue at Frogmore in the near future, for pals like George and Amal Clooney, Ellen DeGeneres and Portia de Rossi, David and Victoria Beckham and all their other famous pals. That is, after they return from the royal tour in South Africa. 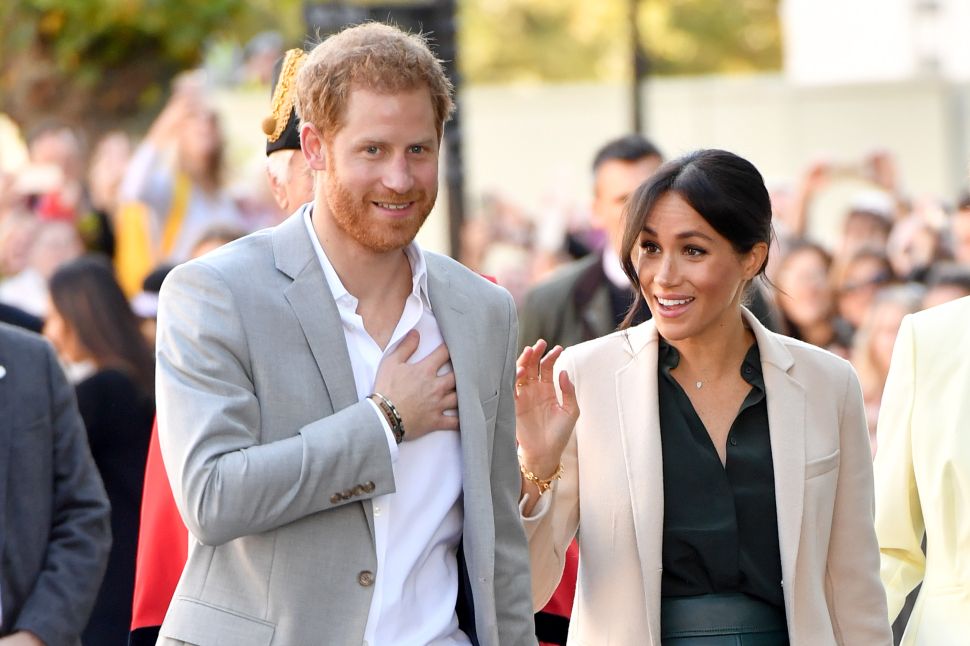