Now that Prince Harry and Meghan Markle have finalized the split from Prince William and Kate Middleton’s Royal Foundation charity and launched their own charitable organization, aptly named “The Foundation of the Duke and Duchess of Sussex,” they’re taking on new initiatives.

Prince Harry just announced Sussex Royal’s first charitable endeavor, and it’s all about eco-friendly travel. The Duke of Sussex led the launch of Travalyst in Amsterdam today; it’s a global, sustainable travel initiative that he’s been working on for more than two years, with partners like Booking.com, Visa, TripAdviser, SkyScanner and CTrip.

Travalyst encourages tourists to be more environmentally friendly, and will offer tips on how to be more eco-conscious when on-the-go. And yes, Prince Harry did acknowledge his and Meghan’s highly publicized use of private jets over the summer.

The partnership will bring together travel companies to create solutions for more ethical and sustainable travel, per a statement released by Buckingham Palace. Travalyst aims to create a more environmentally conscious and responsible tourism industry, and will “explore and promote solutions that help drive sustainable practices and consumer choice” by supporting locals, protecting wildlife and preventing additional climate change and environmental damage, as well as combatting overtourism.

The Duke of Sussex said he was inspired to launch this endeavor after a trip representing Queen Elizabeth in the Caribbean in 2012. “I had a seven year old come up to me, tug my shirt, and say with such conviction: ‘Because of your country, my country’s coral reef is dying,'” Prince Harry told the crowd at A’dam Tower. Prince Harry added that the child’s words made him think about the impact of tourism on local communities, and combined with his work in conservation over the past decade, encouraged him to work on this new travel initiative.

The project will focus on collaborations and making sustainability a priority within the travel industry and experience; Travalyst will launch a number of new partnerships around specific aspects of travel in the coming months.

Prince Harry seemed to touch on his own carbon footprint and contributions to less eco-friendly practices during a Q&A following his speech, as the announcement of Travalyst comes just weeks after he and Meghan were widely criticized for taking four private jet flights in just 11 days for their family trips to Ibiza and Nice. Prince Harry said that he traveled to Amsterdam via a commercial flight, and spends “99 percent of my life traveling the world by commercial. Occasionally there needs to be an opportunity based on a unique circumstance to ensure my family are safe and it’s genuinely as simple as that.” Perhaps this means the Duke and Duchess of Sussex will consider a commercial flight like the Duke and Duchess of Cambridge when they head to Balmoral in the coming days. 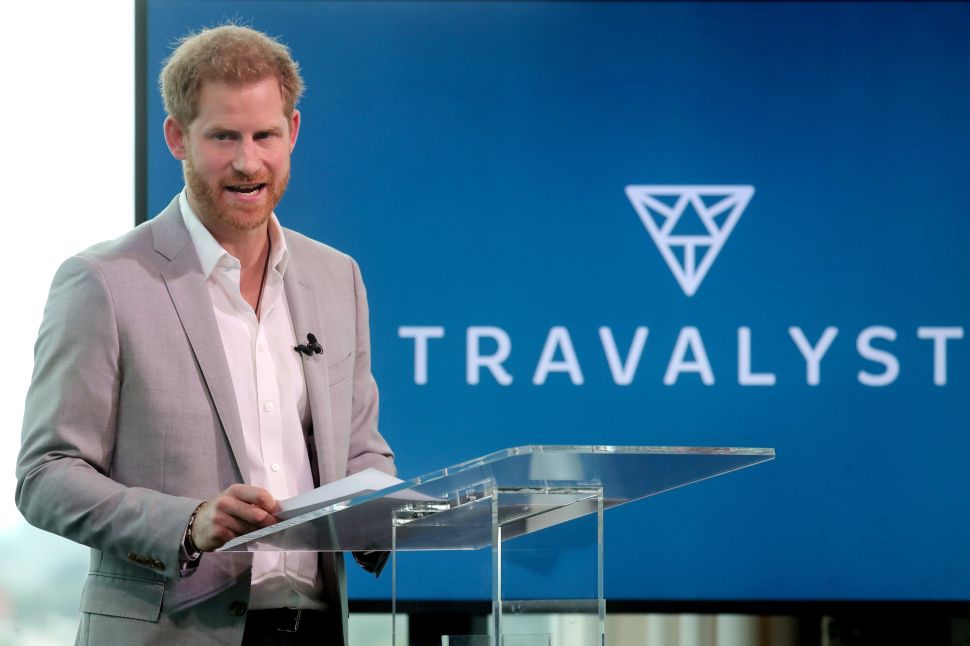