Earlier this month, Prince George and Princess Charlotte’s summer break came to an end, and they began their school year at Thomas’s Battersea. Prince William and Kate Middleton dropped their two oldest children off at the private school (it was Princess Charlotte’s very first day), which isn’t located too far away from the Cambridge family’s home at Kensington Palace.

Even though the school term has barely just begun, Prince George, who is his third year at Thomas’s Battersea, is already in the full swing of things, and that includes many a playdate. Yes, it turns out that the Duke and Duchess of Cambridge are just like all the other parents when it comes to hosting their children’s friends at home, except that these playdates are with the future King of England and also take place in an actual palace.

SEE ALSO: Prince Harry and Meghan Took a Cue From Prince William and Kate With the Latest Addition to Frogmore

Prince George is apparently quite the social butterfly at the exclusive London school, reports the Sun, and he has invited a number of his pals over to Kensington Palace to hang out. “Kate and William are delighted that George is getting on so well at school and that he’s made friends,” the outlet notes, adding that it’s “wonderful for them—and their parents—to go to such a beautiful and historic palace and have the run of the place.” Just try and picture a gaggle of six-year-olds sprinting around Kensington Palace, in the Cambridges’ sprawling apartment, among priceless works of art with a regal nanny keeping watch.

Of course, there are a few aspects of these playdates that might differ from an ordinary children’s get together, like that everyone who visits the palace has to be vetted by security. At least now that Prince William and Kate’s privacy hedge is intact, the kids can frolic about without anyone interrupting the fun.

Surely Princess Charlotte, who is in her very first year at Thomas’s Battersea, will also have a few of her new pals over to Kensington Palace, soon, too. We wonder if her new schoolmates have picked up on the nickname her preschool pals at Willcocks Nursery gave her—the little princess was reportedly known as “Warrior Princess” at the nursery school, according to royal reporter Katie Nicholl, due to Princess Charlotte’s love of the outdoors and her “feisty and outgoing character.” And, of course, the fact that she’s an actual princess. 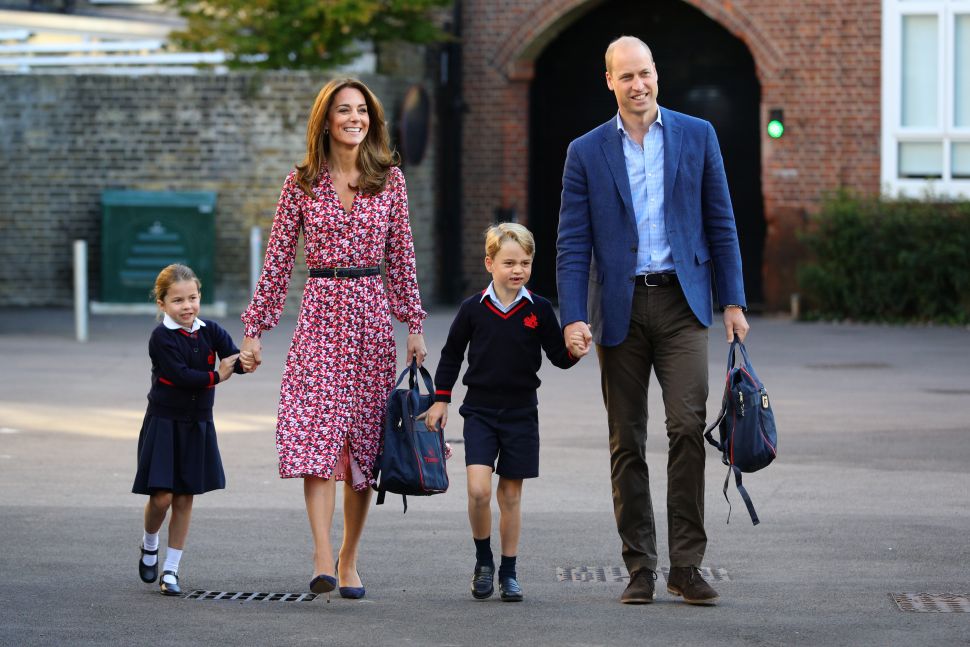