Ho-hum. Running with the Devil is yet another generic drug trade thriller that defies coherence, embraces clichés, and wastes the time and talent of Nicolas Cage. For his debut feature as a writer-director, former Navy SEAL Jason Cabell connects the dots and moves the confusion along like he is conducting freeway traffic.

For fans of the genre, he wastes no time cutting straight to the violence. A naked man on the floor of a toilet is dragged to a platform, doused with gasoline, and burned alive. Two prostitutes in the lair of a super-vicious drug lord called simply “The Man” (Laurence Fishburne) overdose on crack and have to be dragged away to Potter’s Field. And a little girl tells her school bus driver “I can’t wake them up.” Her aunt (Leslie Bibb), called simply “The Agent in Charge,” is a federal drug investigator who rushes to the scene to find a house full of corpses.

Meanwhile, down in Colombia, a poor man called “The Farmer” (Clifton Collins, Jr.) who harvests cocoa leaves and sells them for $1,600 per kilogram runs into trouble with his latest shipment to the U.S. By the time it reaches the master drug lord called “The Boss” (Barry Pepper) the value of three kilograms of uncut cocaine escalates to $15,000.

With that kind of profit margin, “The Boss” dispatches a Seattle restaurant owner called “The Cook” (Nicolas Cage) South to guarantee the uncut coke crosses all the right borders without a hitch. The trajectory follows the illegal cocaine shipment’s bloody journey with maximum boredom and a bucket load of clichés.

The movie jumps around so often from Canada to Bogota that you seldom know who anyone is, where you are, or why. Since everyone on the screen is nothing more than a dispensable character sketch, you won’t care anyway.

The set-ups consist of contrived plot twists, robberies, double crosses, procedural police searches and federal agents screwing up the drug trade routes, played out against strip joints, luxury apartments and torture chambers. Running with the Devil is the kind of fetid time waster that would fill the bottom half of a drive-in double feature, if we still had drive-ins. Look for it instead on cable TV at 3 a.m. 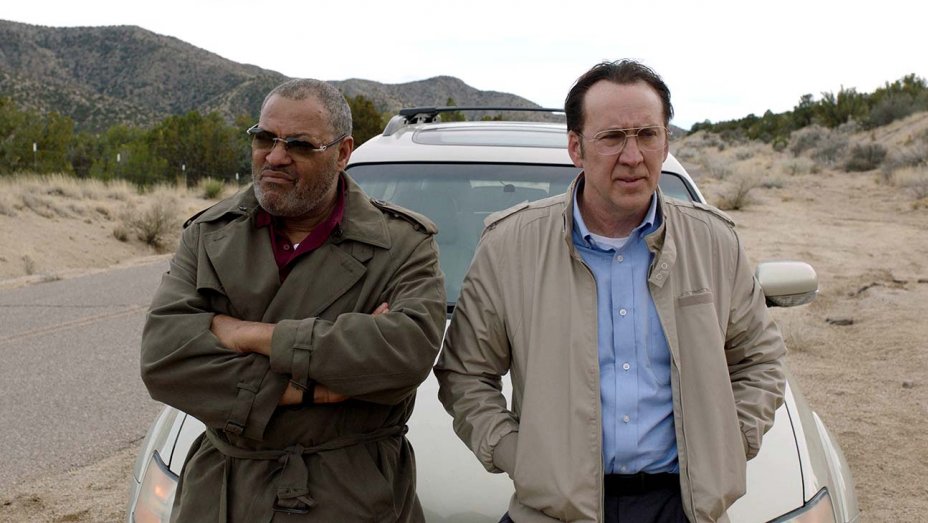