Sitting on a pole in the middle of the floor of a gallery on White Street, below Canal, is a massive shape that looks like a whale.

On a wall behind it, four fish-like forms, each colored differently, swirl upward on a hanging sheet of fabric.

SEE ALSO: This Plan to Protect NYC From Superstorms Would Make the Waterfront Way More Usable

These are building designs⁠—at different stages of different projects⁠—two of which are near completion in Taiwan, by architects who live in New York.

The exhibition has an unwieldy title, “Building Beyond Place: RUR Engages Taiwan’s Architectural Cosmopolitanism.” The show’s poster, a collage of three building shapes, makes the concept even more unwieldy, with its blend of 1930’s surrealism in the palette of a Gauloise cigarette package.

The drawings by the firm RUR don’t always look like architecture. In one, a bridge once destined for a railroad junction in central Taiwan is clenched like muscles in an anatomical sketch, and then twisted by the architects, replicating the textures of a woven basket.

“Looking at anatomical drawings and models is part of how we work,” said the architect Jesse Reiser, who co-founded RUR architects. “A lot of work like this was going on, not so much in architecture, but in aeronautical design,” he said.

Or in other species. Shapes that look like skulls of birds and small animals or the shells of crustaceans are on a nearby wall. What resembles a spikey scallop shell is a tiny model for a 5,000-seat concert hall.

RUR’s show of a dozen or two objects, depending on how you count them, tells at least two stories—there are the architectural elements that can stand alone as sculpture or graphic design, and then there is the adventure of RUR as an American firm designing a new identity, in China’s shadow, for Taiwan, a nation of some 23.8 million that few countries recognize as sovereign. The show is sponsored by the privately funded Taiwanese-American Arts Council.

Reiser’s partner at RUR is his wife, Nanako Umemoto, whom he met when they studied at Cooper Union. Their firm began competing for Taiwanese projects more than a decade ago. One commission that they won, a tourist hub in the center of the island, was cancelled after a mudslide destroyed the site.  A maritime complex (the whale shape) in the southern city of Kaohsiung is due to open in Winter 2021.

The seashell on the wall is an element of a third project, the Taipei Music Center, a shrine to the popular music of Taiwan. Not K-Pop, a global phenomenon, but T-Pop, Reiser notes, claiming to have coined the name.

Given that the Rock & Roll Hall of Fame in Cleveland was designed by a Chinese-born architect, I. M. Pei, it’s not so far-fetched that a comparable temple in Taiwan could be designed by an American and his Japanese-born wife/partner, both of whom live in New York.

“The idea was that this would be almost shrine-like,” said Reiser, stressing that designing a shrine in Taipei required no great cultural adjustment.

“People ask me, ‘do you know about Taiwanese pop?’ My answer is no. But it doesn’t matter. It’s more like designing the Oscar statuette,” he said.

The near-finished Taipei Music Center, due to open next spring, includes the clam-shell hall and a Taiwanese Hall of Fame, in the form of a black box banded by exterior stairways. Think “Stairway to Heaven.”

RUR’s clients, the Taiwanese music industry, “were less interested in morphology than in how the buildings worked,” Reiser said

On White Street In New York, the morphology is the art. The whale-shaped model is on loan from the lawyer Ted Mirvis, who normally has the 400-pound creation at his house in East Hampton. (That house, Reiser noted, was designed by the architect Deborah Reiser, who is also his mother. Deborah Reiser, 92, works for RUR today.)

The drawing of four elegant fish-like shapes—each color-coded to reflect functions and materials used in the firm’s Kaohsiung building—was exhibited at the Royal Academy in London last year in a selection curated by the British architect Farshid Moussavi. “She wanted to have architects show that building systems could be seen as art,” said Reiser.

Whether architecture or art, people are looking. With Tribeca now anointed as the new new art district, traffic on a recent weekday was constant. Visitors could examine the Taipei Music Center, not only as miniature elements, but also as a messy work-in-progress in a wide-angle photograph, which seemed more honest than what most architects would want to show.

It’s hard to look at Taiwan without looking at China. By default, Taiwan seems more hospitable to innovative architecture today than its giant neighbor.  In early 2016, China’s State Council condemned  “weird” and “oversized, xenocentric” buildings—the kind that, for better or worse, defined modern Shanghai and Beijing. Expensive and often extravagant, buildings earned nicknames that were hard to shake. One structure with a bifurcated base was called “Big Pants.” The most notorious was dubbed “the Toilet,” because it looked like one.

As political demonstrations have shown, not even the Beijing authorities exercise absolute power. The whale-shaped model that dominates the RUR show, perhaps “weird” by the new Beijing standards, was made in China.

With RUR’s own projects nearing completion, Gene King, a Taiwanese architect and writer in Taipei, doubted that Taiwanese officials eager for the attention that architecture brings would echo the Beijing leadership. “They wouldn’t be that stupid,” he said. 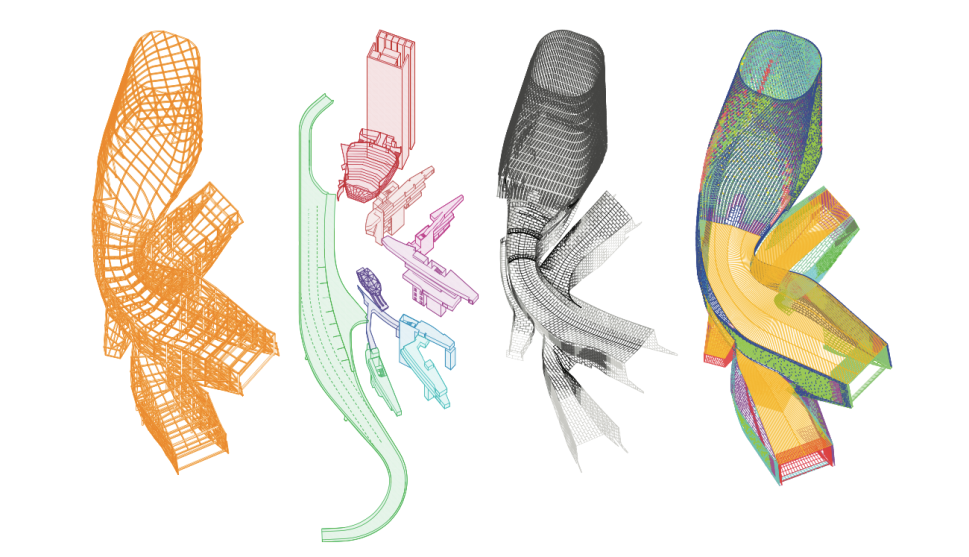