Right now, Ohanian’s top priority is cheering on his wife in the ongoing U.S. Open Tennis Championships in New York. But when time has permitted, the entrepreneur and investor has still tried to attend to his own business.

After Williams’ overwhelming victory over China’s Wang Qiang in the quarterfinal on Tuesday night—which was also Williams’ 100th win at the U.S. Open—Ohanian took a brief break from the tournament on Wednesday to attend a business event in Boston.

Speaking at this year’s Inbound conference, Ohanian took the opportunity to once again spread his message about balancing work and family.

“It’s a farce for companies to think there’s family life over here and work life over there,” he told a room of business owners and professionals. “The culture of corporate value and paid family leave can start to change right now.”

Look at who the team got a chance to see this week while in attendance at Inbound 2019 – it is none other than Alexis Ohanian, the Founder and CEO of Reddit.#Inbound2019 #AscendInbound #WeAreReppin' pic.twitter.com/wT2iHFNluk

Thursday night, Williams is set to play against Ukrainian player Elina Svitolina for a ticket to the final match this weekend. Tonight’s match will be Williams’ 13th semifinal in the U.S. tournament.

Last Tuesday, during Williams’ face-off with her longtime rival Maria Sharapova, Ohanian was seen showing off a “D.A.R.E” shirt from the audience in the middle of the match. The shirt was apparently a smug reference to Sharapova’s two-year drug ban from 2016 to 2017.

How do we rate today's action? 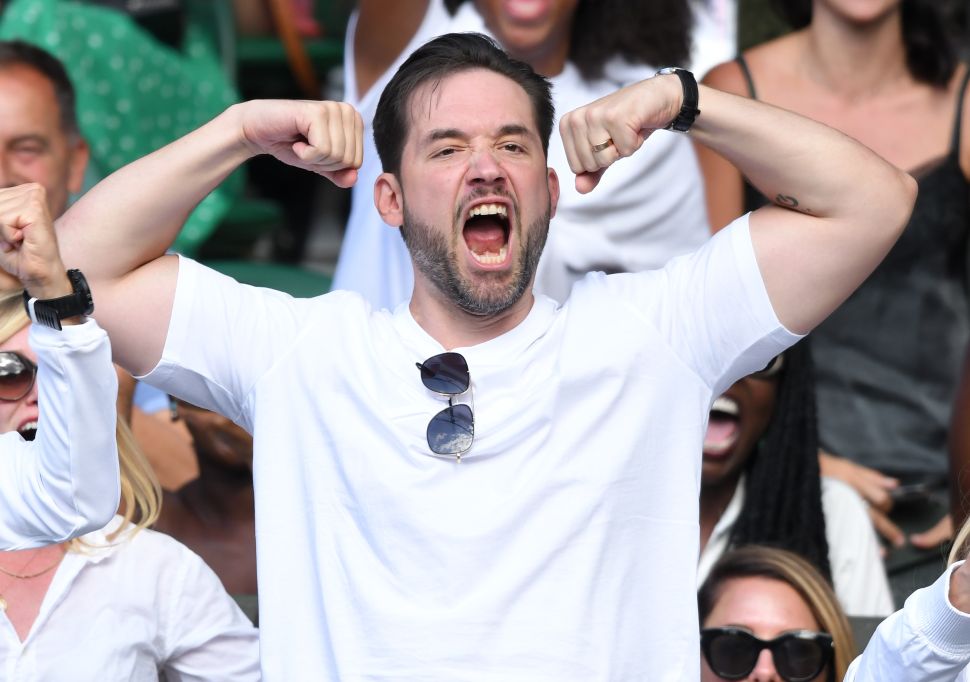