While it may have been shot in Bulgaria and the Canary Islands, Rambo: Last Blood is meant to take place in a nameless town in Arizona and a nameless city in Mexico. The characters, such as they exist, regularly pass between the two places. Sometimes they transport small arms, like a handgun and a version of the hunting knife for which the title character is famous; sometimes it’s a drugged-out minor, forced into sex trafficking. Once it is a decapitated head, resting on the passenger side of a pickup truck like an unsecured watermelon. All of these presumably pass through border security without so much as raising an eyebrow.

Was the film attempting to make the same point about the dangerously porous southern border portrayed at rallies supporting our current president? Probably, but it is hard to say. While Rambo: Last Blood may be every bit as evil, in no way is it that thought-out.

SEE ALSO: ‘It Chapter Two’ Piles on the Monsters But Forgets to Bring the Terror

This is an epically dumb movie, but not in a way that is at all fun, memorable or purposeful. It is dumb because it is lazy and utterly disinterested—and not just in the story it tells. It also couldn’t care less about the beleaguered icon that it rescued from a Reagan era tag sale only to suck out any of the meaning or humanity the character once possessed. This sloppily conceived and muddily rendered Rambo picture does not merely insult any audience member unfortunate enough to see it; it does something far worse. It insults Rambo.

There is one idea driving the movie, which purports to put a reluctant John Rambo on a Taken-style adventure where he attempts to exert revenge on a sex trafficking ring that abducts his niece (Yvette Monreal) after she sneaks across the border against Rambo’s best advice. The idea is that when Rambo kills, he does so with unmatched viciousness, a reflection of his expertise and pent-up rage. And once the crime syndicate invades his tunnel-laden ranch, he seems to carry out executions almost as often as he breathes. The film’s philosophy is, why shoot someone when you can jam a pipe through their head or perforate their belly with a pitchfork? After awhile, Last Blood feels less like a new Rambo movie than the latest installment of Texas Chainsaw Massacre.

The movie is bookended by lip service to Rambo’s time as a Green Beret in Vietnam and his processing of that trauma, a theme that gave some resonance to earlier films in the series, especially 1982’s First Blood. He first flashes back to it while navigating the warren of tunnels that he apparently spends his days and nights digging for no apparent reason other than to give him a cool place to murder generic thugs in the third act.

In the end, when he sits on an oversized rocking chair on his front porch to take respite from the carnage, he contemplates in a lazy voiceover how he was never really able to come home after the war. It is all so profoundly half-hearted, which may have been forgivable if the problem of soldiers struggling with trauma wasn’t so prevalent today, just as it was when Rambo first unleashed his particular set of skills and luscious Minnesota hockey player hair all those years ago. Where First Blood brimmed with compassion for returning soldiers whose legacy and place in society was still being sorted out, Last Blood has nary a thought about them—or anything else for that matter.

What the film does have is Sylvester Stallone, who (per tradition with the Rambo series) also has a hand in the script. Even in a film as creatively and morally bankrupt as this one, he displays a more seasoned version of the hangdog charisma that has been his stock and trade for half a century. It’s the only thing remotely genuine in the film.

But that seeming authenticity ends up working against the movie. You feel a deep sense of betrayal that Stallone has allowed a character that once resonated deeply with a wounded nation to devolve into little more than a monosyllabic meat grinder for countless bad guys. Stallone should have protected him, but ended up exploiting him with the same wanton disregard that the Army and everyone else did all those years ago.

We deserve better, and so does John Rambo. 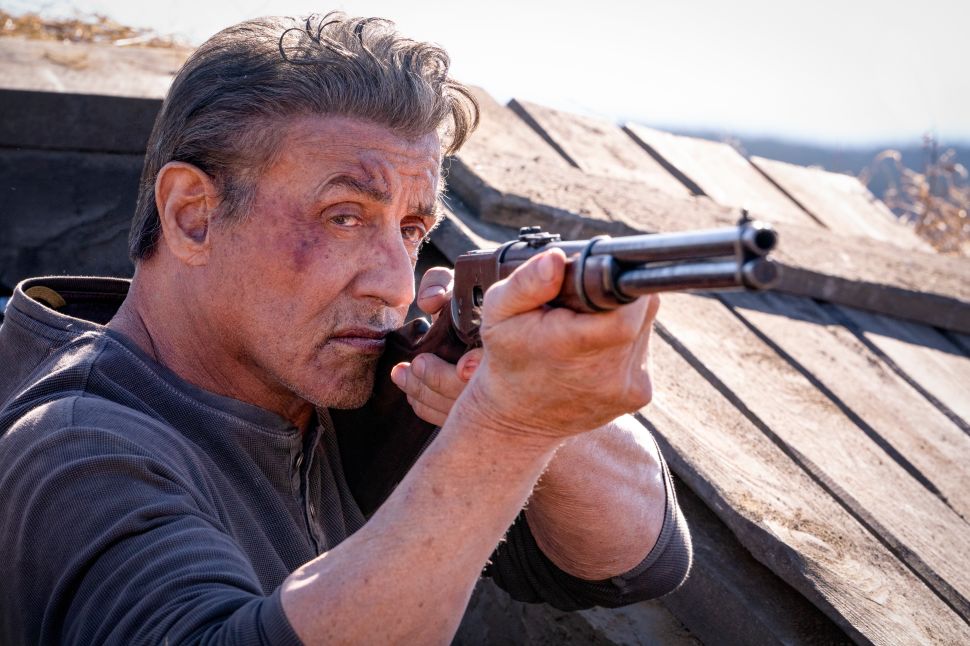