When journalist Ta-Nehisi Coates published a rousing, 15,000 word explication of Jim Crow segregation, “compounding moral debts” and Chicago housing policies in The Atlantic in 2014, he was hardly expecting “The Case for Reparations” to get as much attention as it ultimately did, or for the piece to launch his career into the proverbial stratosphere. But Coates’ thundering appeal for readers the world over to “stop laughing” at the concept of reparations made him a literary star and paved the way for his books Between the World and Me and We Were Eight Years in Power: An American Tragedy, works of nonfiction that further explored how black bodies are disempowered by racist institutional practices. Now, Coates seems primed for more success with the release of his first novel, The Dancer.

On Monday, Oprah Winfrey announced that she had tapped Coates’ latest, which tells the story of a young man born into bondage who comes to discover he has paranormal abilities, as the first read of her highly anticipated new book club selection. “I always recognize I’ve been carried by the ancestors,” Winfrey said on CBS earlier on Monday morning. “Ta-Nehisi’s book The Dancer allows us to see that, but also to experience and feel what that carriage has been like.”

Coates spent 10 years researching and writing The Dancer, and he told CBS that this project had overlapped with his already-published nonfiction work. “It’s deceptive because I actually started writing this before I started writing my second book, Between the World and Me, before I wrote The Case for Reparations,” he siad. Coates also relayed a story he’d told to Vanity Fair: that he had sent an earlier version of the first chapter of the novel to author Michael Chabon, a Pulitzer Prize-winner for The Amazing Adventures of Kavalier & Clay. “This is not fiction, bro,” Chabon apparently told Coates. Clearly, the latter author eventually recovered from the harsh criticism.

Winfrey’s championing of The Dancer coincided with her announcement that she’s bringing her famed book club to Apple’s new subscription streaming service, further cementing her as a visionary when it comes to strengthening her cultural empire. Winfrey, the taste-making legend, also took a moment to read an excerpt from The Dancer aloud on CBS:

“Slavery is every day longing. Is being born into a world of forbidden rituals and tantalizing untouchables. The land around you, the clothes you hem, the biscuits you bake. You bury the longing because you know where it must lead.”

By having his debut novel sealed with the Oprah Winfrey stamp of approval, it’s a near-certainty that Coates will enjoy accordingly robust book sales. Ever since launching Oprah’s Book Club in 1996, Winfrey’s command of literary influence has launched dozens of books onto the bestseller list and helped to introduce talented authors to much wider audiences. Since Coates is already an author with a huge audience, one can only imagine just how quickly The Dancer is going to fly off shelves all around the world. 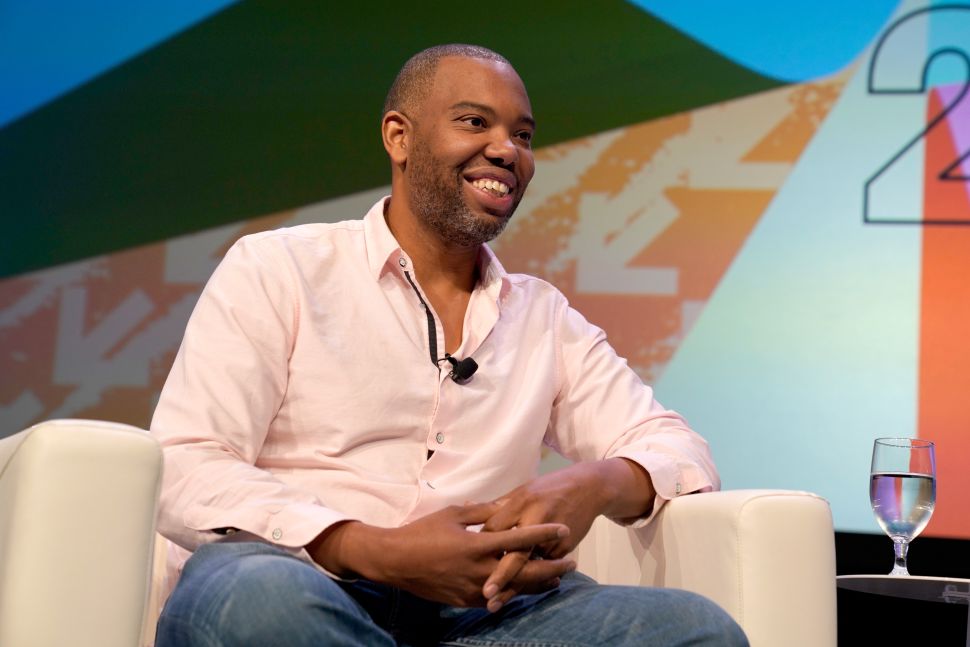