“People are going to look at me and ask if I’m OK,” she says as she dashes from rehearsal for a dinner break while sporting an angry faux shiner. The black eye goes with the gig when you’re Audrey, a Skid Row dame with a sadistic boyfriend. “They’ll tell me to call a hotline,” she adds.

Blanchard, who stars in the hot-ticket Off-Broadway revival with Jonathan Groff (Mindhunter) and Tony winner Christian Borle, was just a kid in Bayonne, NJ, when the delectable doo-wop-flavored musical by Alan Menken and the late Howard Ashman based on a 1960 sci-fi flick about a man-eating plant and all-consuming greed debuted in 1982 and four years later spawned its own film version. Blanchard has wanted to play this part for decades.

“I remember watching the movie on TV and loving Audrey and Seymour and rooting for them,” the 42-year-old actress tells Observer, during a chat at the Westside Theatre, where previews start September 17 in advance an October 17 opening. “I also remember thinking that Audrey is a role I should play. It was just as intense as wanting to play Judy Garland.”

Blanchard won a supporting actress Emmy in 2001 for her stirring portrait of Garland as an insecure teenager in Life With Judy: Me and My Shadows—and the ill-fated legend is never far from her thoughts. Mention Renee Zellweger’s movie, Judy, about you-know-who. “Oh, I want to see that,” says Blanchard, adding that she’d love to do the play, End of the Rainbow, it’s based on.

But that’s miles down the yellow brick road. Now, it’s all about Audrey.

Director Michael Mayer (Spring Awakening) tells Observer that Blanchard topped his shortlist of actresses because “Audrey is the embodiment of vulnerability.” Blanchard wears that well—from a wallflower-turned-stripper in Gypsy, her first Tony nod, to the title character(s) of “Sybil” to the addled mom in the film Tallulah. Mayer adds that he’s “knocked out” by the fact amid the emotional intensity, she’s “amazingly funny.”

Hilarity and heartache are a potent combo for Little Shop. Thirty-seven years since the original run, two elements loom large. One is Ellen Greene, who originated Audrey on stage and on film and in 2015 opposite Jake Gyllenhaal in an Encores! run. “I love the role because of her,” says Blanchard. “It’s iconic because of her, but I have to make my own imprint. Otherwise, I’m just a copycat. So it’s a risk.”

The other specter is the #MeToo movement. How will a dark comedy in which the creepy dentist Orin (Borle) hits and hurts Audrey play today? “It’s a 1960s story,” says Mayer, adding that no adjustments have been made to Ashman’s script. “The show speaks for itself, I think. And, Orin gets his comeuppance.”

Blanchard has spent hours considering the abuse. Her plan? To play Audrey “as a little bit stronger than people may have seen her, and just a bit more aware. She’s a survivor in her own way. A lot of women survive no matter what pain is thrown their way.

“I’m not a trained actress,” she adds. “I’m pretty raw. I act from my gut, my past life experience.” Of abuse? “I’ve had experiences,” she says, her voice diving into deep Joisey. “I’ve seen other people have experiences. Let’s just say that when you grow up in Bayonne, with a mom with 13 brothers and sisters and a father with seven brothers and sisters and was a Vietnam veteran with issues, there’s a lot of things that can happen to make you feel hurt in life. I draw from all of that.”

She pulls from the tight-knit family’s closeness. Blanchard and her 11-year-old daughter, Ava, live in Bayonne “in the same house but on separate floors” with her mother. “I had a choice to leave a long time ago to do [HBO’s] Carnivale for $80,000 a week. At the time, my mom wasn’t ready in life to have me leave,” she says. “And I didn’t.”

Blanchard, who plays a journalist’s sister in the Tom Hanks tearjerker A Beautiful Day in the Neighborhood, also draws from her work. Bernadette Peters, in Gypsy, taught her how to command an audience, she says, while Daniel Radcliffe in How to Succeed in Business Without Really Trying, her second Tony nod, drilled a nonstop work ethic. The Ice Man Cometh with Denzel Washington? “That’s a play in which you literally sit in pain and sorrow for four hours on stage with other people,” Blanchard says. “I learned how strong I really am.”

Little Shop is a 180-degree turn. “The music, the ‘60s the vibe, everything. I like coming into work every day,” she says. “I’ve been blessed to have acting in my life altogether because it fell into my lap.” She pauses. Then, as if to add that “somewhere that’s green” can be anywhere she’s performing, adds, “Acting is kind of my saving grace.” 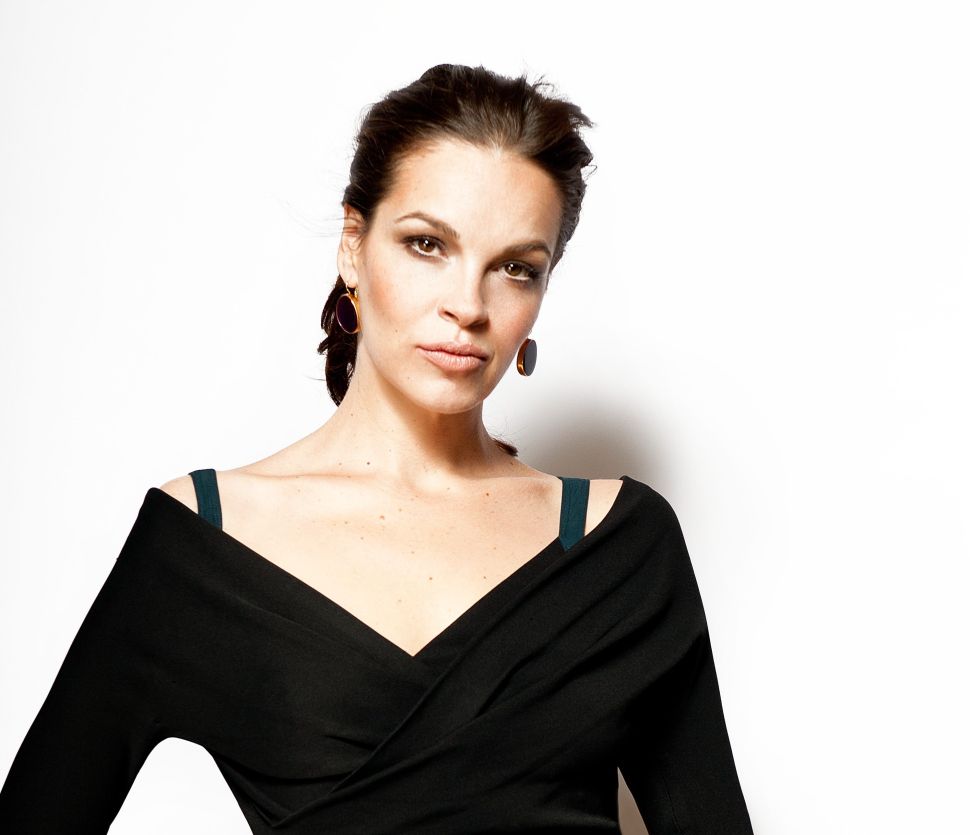