In March 2018, Tesla’s board of directors approved a rare compensation plan for its CEO Elon Musk (who was also the board chairman at the time) that will award him with stock options worth billions of dollars if he can meet a set of lofty performance goals, including growing Tesla’s market capitalization to $650 billion, which is more than 10 times the company’s value right now.

At the time, Tesla’s board valued the package at $2.6 billion. But at the targeted market cap that would actually allow Musk to get paid, the package would be worth a whopping $56 billion—which is why, on Friday, a judge in Delaware (where Tesla is incorporated) ruled that Tesla’s board must defend its CEO’s enormous compensation plan in court.

SEE ALSO: How Elon Musk Is Being Haunted By Jeffrey Epstein’s Death

Vice Chancellor Joseph Slights of the Delaware Court of Chancery, wrote in an opinion that “it is reasonably conceivable” that the pay package is “well in excess of that paid to Musk’s peers.” And while Musk had excluded himself and his brother Kimbal Musk, who also sits on Tesla board, from voting on the compensation plan, the judge alluded that the “board-level review was not divorced from Musk’s influence.”

The ruling was in response to a lawsuit filed in June of 2018, in which a Tesla shareholder named Richard Tornetta accused the electric car company of unjustly enriching its chief executive. Slights denied Tesla’s request to dismiss the lawsuit on Friday.

Tesla’s board wrote in a February 2018 proxy filing that the compensation plan was created simply to incentivize Musk to grow Tesla’s market value. “The basic premise is simple—Elon’s compensation will be 100% aligned with the interests of our stockholders,” the board wrote.

Musk hasn’t received any of that money just yet. In fact, his personal income from Tesla netted below $0 in 2018 after his California minimum-wage base salary was donated away and he paid some business expenses out of pocket. 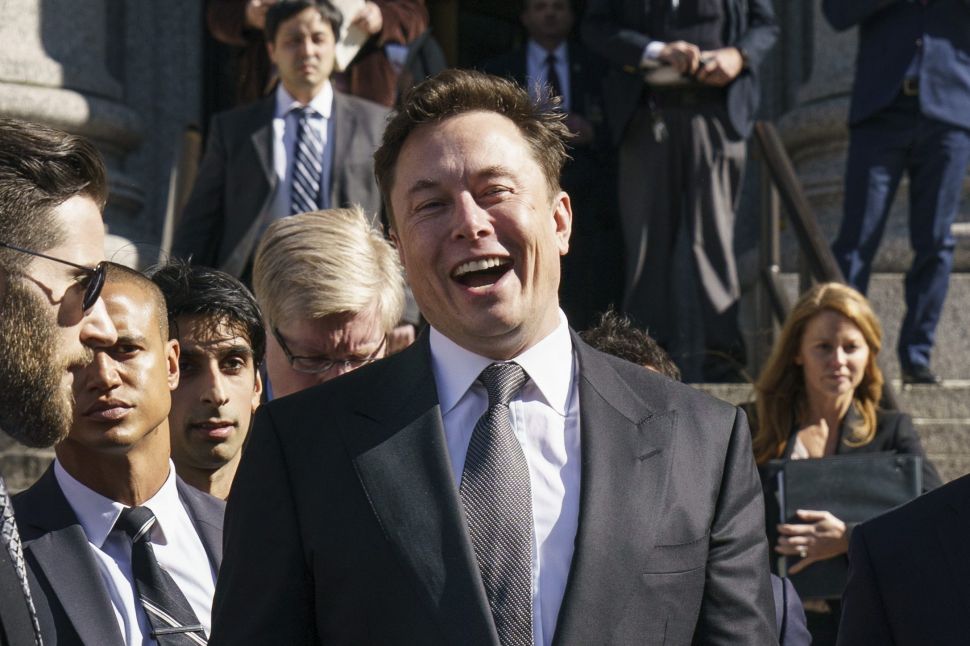