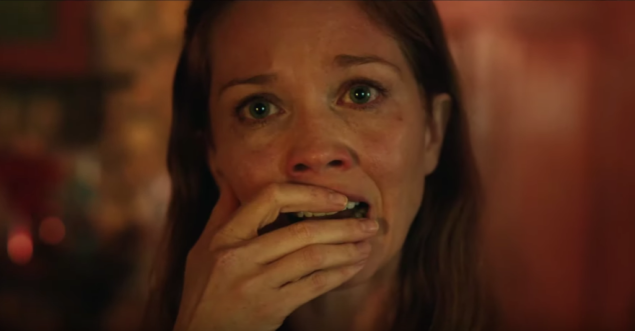 Virginia Newcomb in The Death of Dick Long. A24/Youtube

The not-long-for-this-world title character in this Podunk noir black comedy is the drummer in an Alabama garage band that goes by the name Pink Freud. While we don’t learn the name of the band until about halfway through The Death of Dick Long, the shadow of the great doctor—particularly his theories on sexuality and sexual aberrations—hang over this profoundly unusual film like a cloud of vapor from a Juul. But to expand any further on that matter would be to rob the central shock of a film that is painted with shocks just as assuredly as a Winslow Homer seascape is painted with watercolors.

The primary thing to know about The Death of Dick Long is that it was directed by Daniel Scheinert, one of a pair of Daniels behind 2016’s Swiss Army Man, a comic drama about the relationship between a suicidal man and a flatulent corpse. Your tolerance for that film and its concept—which essentially takes the kind of joke that might be told by a frequently suspended middle schooler and decides to play it straight—is the best possible indicator for whether you will find value in this one.

In telling the story of the fallout of a night of post-band practice shenanigans that leads to a fatality, The Death of Dick Long effectively mashes up disparate genres into one unsettling whole. The film switches from rural slice-of-life drama to yokel comedy to police procedural in a way that makes you wonder not just what the hell it was that the hapless trio did during that night, but also what kind of movie is even telling their story.

The narrative centers on the lengthy efforts undertaken to hide what happened that night by two characters: Zeke (Michael Abbott Jr.), a shambling family man and devoted slacker, and Earl (Andre Hyland), a constantly vaping warehouse worker who speaks with a patois not unlike King of the Hill’s Boomhauer. In this case, the cover-up isn’t worse than the crime, but it is just as ill-advised and poorly thought through. It is also informed less by logic than by half-remembered movies. (It turns out the Pulp Fiction trick of using blankets to cover a blood-soaked backseat only works if no one sits on the blanket.)

On their tail is an exhausted, rum-drinking sheriff (Janelle Cochrane) and a rookie officer (Sarah Baker) who is trying to puzzle together the unthinkable. Led by Abbott, a onetime Elvis impersonator, and Baker, who plays Michael Douglas’ daughter on The Kominsky Method, the film boasts generally strong performances by a cast that seems to understand that in a situation this extreme, the best way to get laughs is to play it dead serious.

A comic fatalism imbues every aspect of the story. But if the film is a noir, it is not a profoundly existential one. Where that genre loved to point out how fate could be cruel and indifferent, The Death of Dick Long‘s deeper message has more to do with the lack of suitable late night entertainment options in Alabama.

But what it lacks in textual depth, it makes up for with the genuine sympathy it evinces for characters that most films would dismiss as stupid, depraved and undeserving of our empathy and concern. Like Freud, Scheinert seems to understand that even people who commit unspeakable acts deserve our understanding.

Whether you actually want to hang out with them though—well, that’s a matter of personal taste. 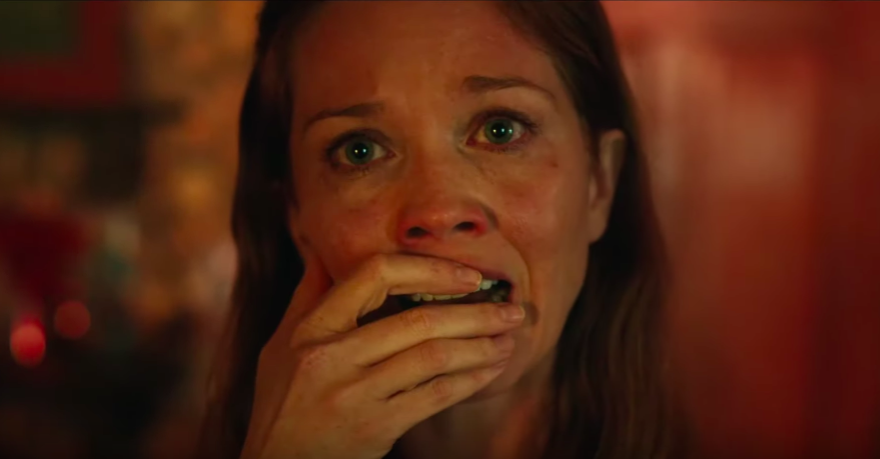