When it comes to the question of which Donna Tartt novel is superior, true and established super-fans know that it’s The Secret History, and not The Goldfinch, that deserves this title. But it was The Goldfinch that was awarded the 2014 Pulitzer Prize for fiction and The Goldfinch that was recently adapted into a feature film starring Ansel Elgort, Nicole Kidman and Luke Wilson, so it is the themes and contours of this latter novel that have been in the spotlight of late, specifically the ways in which the book and movie both revolve around Dutch Golden Age paintings. The painting The Goldfinch by Carel Fabritius is steeped in lore more than most other works of art because of the conditions from which it was saved: Fabritius died in an accidental explosion that also allegedly claimed most of the rest of his work.

Given that the destruction of art is so interwoven in this story, Warner Bros. Pictures and Sotheby’s decided this week to ask the cast of the movie what work of art each of them would save from ruin if they had to chose just one, issuing their answers in a press release on Monday. Consummate professional Sarah Paulson, as ever a woman of taste, said that she’d save Woman in Gold by Gustav Klimt, a freshman year dorm room favorite all around the world. Perhaps cheating just a bit, Ansel Elgort said that he’d save the entire Sistine Chapel; cue a knowing eye roll. Luke Wilson and Nicole Kidman both apparently couldn’t decide on what they’d save, which is something of a hilarious cop-out from the both of them. This question functions something like a palm reading from a fortune-teller, and not being able to name a single work of art you treasure seems pretty embarrassing, contextually.

George Gordon, the Co-Chairman of Sotheby’s Old Master Paintings Department, also got in on the fun. “Of course, the concept of the destruction of artworks is too awful to consider, but if the question was re-phrased as, say, ‘which artwork would you take to a desert island,’ I start thinking it would have to be one of Rembrandt’s self-portraits,” Gordon said. “As a body of work, they are without compare in the history of painting for their combination of unrelenting self-examination and brilliant mastery of the brush, but I could not pick out just one.”

Come on guys, this shouldn’t be that difficult! Just say you’d rescue Picasso’s Guernica and call it a day. 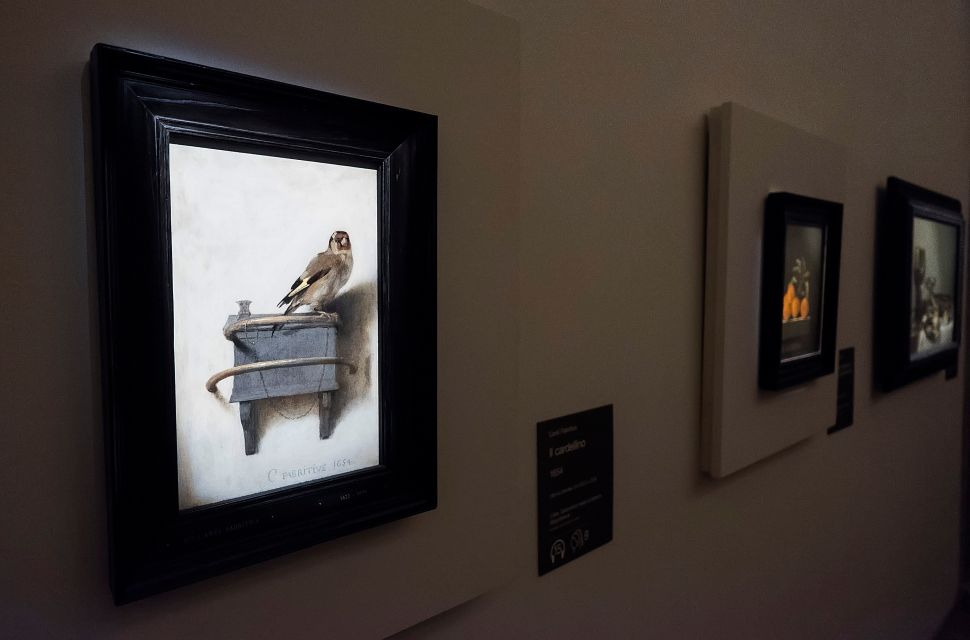