At the movies, wonders never cease. The movie I was most eagerly looking forward to this fall was the adaptation of Donna Tartt’s gripping, Pulitzer Prize-winning novel The Goldfinch, a sprawling 784-page literary saga about a boy who steals a 17th century oil painting of a bird chained to its nest from the Metropolitan Museum of Art during the smoky chaos of a terrorist bombing that claims his mother’s life, then spends the rest of his own life haunted, driven and defined by its symbolism.

SEE ALSO: Noomi Rapace Is a Deeply Troubled Single Mother in Psychodrama ‘Angel of Mine’

But alas, despite its impressive credentials (direction by John Crowley, who made Brooklyn memorable, a multi-million-dollar budget, a generous running time of two and a half hours, and an illustrious cast that includes Nicole Kidman, Luke Wilson, Sarah Paulson, Jeffrey Wright and Denis O’Hare), The Goldfinch arrives as one of the year’s deadliest disappointments.

How can source material with so much potential turn into such a cinematic dud? The reasons are many, but at the center is a screenplay (by Peter Straughan, who wrote Tinker Tailor Soldier Spy and knows his way around a scene) that sticks so close to a faithful adaptation of a labyrinthine literary source that it cuts out the heart of the book, focuses on the babble of multiple characters instead of the wisdom and philosophy they impart, and ceases to be a movie of any weight or substance at all.

Inert, dramatically muted and ultimately incomprehensible, the script crowds in so much minutiae (the furniture and art are great) that the narrative loses track of the clever linear structure of Tartt’s writing and just bounces all over the place. The result is huge narrative gaps in which a multitude of characters lack motivation and purpose and the writing fails to hold attention. Bizarrely, the movie begins where the book ends. Maybe it could never work and should not have been transformed into a movie in the first place.

Now we meet the attractive, bespectacled and destructively sensitive Theo (Ansel Elgort from Baby Driver) at the end of his days, in a hotel room in Amsterdam⁠—a young man preparing the vodka and pills to commit suicide. The reasons are all revealed in vignettes from the past where the precocious young Theo loses his mother in a bomb attack and in the police action that ensues, stuffs a Dutch masterpiece painted in 1654 by Carel Fabritius (his last canvas) into his coat and packs it in the pages of the New York Post.

For the rest of his life, Theo drifts aimlessly, settling briefly in the Park Avenue penthouse of the wealthy Barbour family, where the matriarch (Kidman) treats him with the tenderness and love he never got in his own home. On the verge of a summer vacation in Maine, the Barbours are legally forced to surrender Theo to his derelict birth father (Wilson), a lush who lives in a sordid row house in the Nevada desert with his chain-smoking, booze-guzzling girlfriend (Paulson).

He bonds with an abused Ukrainian named Boris, runs away to New York on a Greyhound bus, falls in love with a physically damaged survivor of his childhood museum bombing named Pippa, who lives in London, reunites with the Barbour family, gets engaged to their spoiled, selfish daughter who does not love him, and moves into the basement of a Greenwich Village brownstone with a furniture restorer (Wright) who becomes a combination father figure and guardian angel.

Riddled with guilt after scamming a conniving customer (O’Hare) into buying a fake chest, Theo falls into a downward spiral of alcohol and drugs. The only thing that can save him is the priceless Goldfinch, but when he tears off the wrapping paper for the first time in years, he discovers it was stolen when he was still a child by the ruthless Boris, now a Village drug dealer. Boris knows it is being used by a gang of criminals as valuable collateral for drug deals, but they must go to the Netherlands to get it back. The narrative drags on ad infinitum, new events circle and twist until you think the snafus, betrayals and mass murders will never end. The result is as passive as Theo, and twice as confusing.

Chaos reigns. The actors work overtime to bring their characters to life, but without the screen time to do it properly, they all seem to be suffering from an overdose of tranquilizers. The film is not without moments of articulation, and the cinematography by legendary, Oscar-winning Roger Deakins is always elegant, but it’s too strange and disjointed to be a movie. The theme is that great art, like great music, can get you through life, but The Goldfinch proves great novels do not always make great movies. 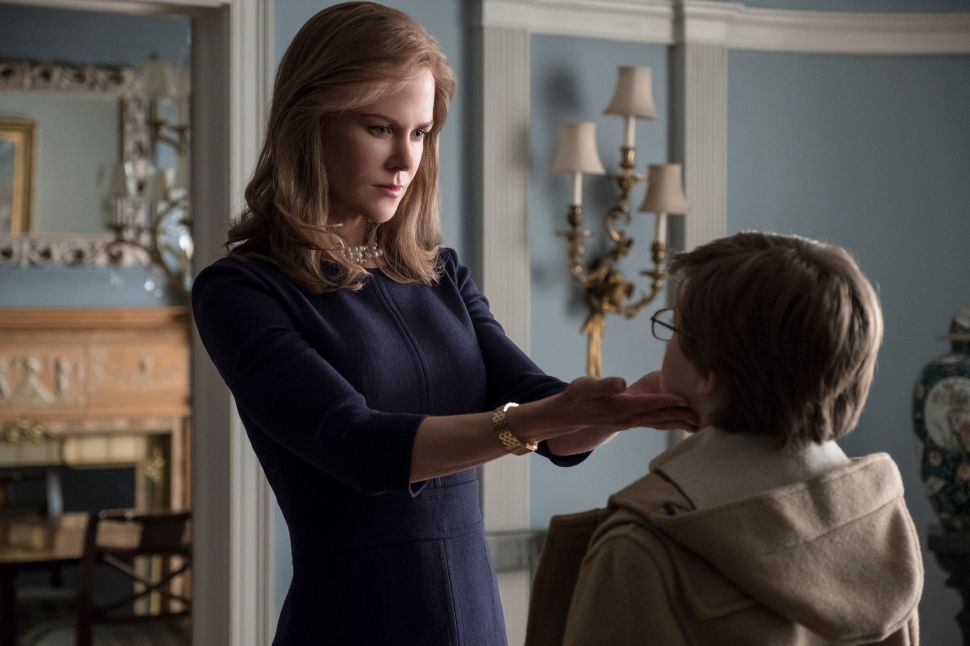