“You can’t buy a win,” Matt Damon’s Carroll Shelby says at one point in James Mangold’s Ford v Ferrari. Ain’t that the truth, brother. The roaring and supercharged racing film depicts the real-life rivalry between the two titanic car companies at the 1966 Le Mans, which resulted in the birth of the physics-defying Ford GT40. But what it actually represents is an opportunity for its corporate benefactors to finally form a lasting symbiosis much like the one between the film’s driver (Christian Bale) and machine. And don’t worry—the movie is a good one too.

Disney re-made the industry when it acquired 21st Century Fox for more than $70 billion, effectively swallowing a storied Hollywood studio that had stood against the changing times for nearly a century. And what did the Mouse House get for its trouble? A $170 million quarterly loss from its film division thanks to bombs like Fox’s Dark Phoenix. Happiest place on Earth? Not according to Wall Street.

But Fox is not a loser. We have 80-plus years of evidence to the direct contrary. And Ford v Ferrari, a Fox release that will be distributed by Disney, is a winner of a film, a fact we can confirm after seeing it at the Toronto International Film Festival (TIFF). The movie is an opportunity to bring the two studios into harmony, a win-win for both sides of the equation amid a tumultuous time when the math has yet to work.

It’s hard not to look at this summer’s dreary box office and assume Disney CEO Bob Iger and Walt Disney Studios head Alan Horn aren’t crossing their fingers for a run like Quentin Tarantino’s Once Upon a Time in Hollywood. The Sony picture, much like Ford v Ferrari, is a throwback feature; an adult-skewing, star-driven drama with no aliens, Jedi or superheroes to behold. Once Upon a Time in Hollywood is one of two original films to gross more than $100 million domestic this year and is closing in on $300 million as we speak. It is a success built around an old school formula—one Disney undoubtedly hopes to emulate when Ford v Ferrari zooms into theaters this November.

Ford v Ferrari is perhaps the first “Disney” movie that actually feels like a movie, not another chapter in an episodic cinematic universe or a recycled IP of yesteryear retrofitted for modern audiences.

Disney is an all-consuming behemoth with the brand power to one-punch K.O. pretty much any other studio. But their franchises and motifs all revolve on an idyllic idea of who we want to be—heroes, chosen ones, fantastical larger-than-life characters. Ford v Ferrari, and by extension Fox and its varied slate of flawed humanity, is who we actually are. That’s what the little brother can give to the big brother here—a nice dose of reality.

Ironically, Ford v Ferrari touches on the notion that marketing and public relations ideas (Disney’s strong suit) can eventually translate to history. The Ford GT40 began as an executive sales pitch to spin the company’s image and ultimately became a leap forward in automobile manufacturing and an iconic moment in racing history. In that, there’s a central idea: what do our products mean?

Ford v Ferrari is enjoyably methodical like running Saturday morning errands with a partner that you love. It’s traditional, never attempting to reinvent the wheel (lame racing pun very much intended), yet thrilling and wholly realized. The film hinges upon friendship and the understanding symbiotic relationship between man and machine—the very same dynamic that can develop between an audience and an artistic product.

The goal is for Ford v Ferrari to race into the awards season. Between the strength of Mangold and cinematographer Phedon Papamichael behind the camera, as well as Damon and Christian Bale in front, it very well could. But the real value is the meaning Disney and its customers can derive from this new iteration of Fox. It is, simply, a new path forward. A division of films that feel tangible rather than simply amazingly aspirational.

You can’t buy a win, but you can buy opportunity. That’s what Disney has done and despite the rocky start, Ford v Ferrari marks the true beginning of the Disney-Fox era. 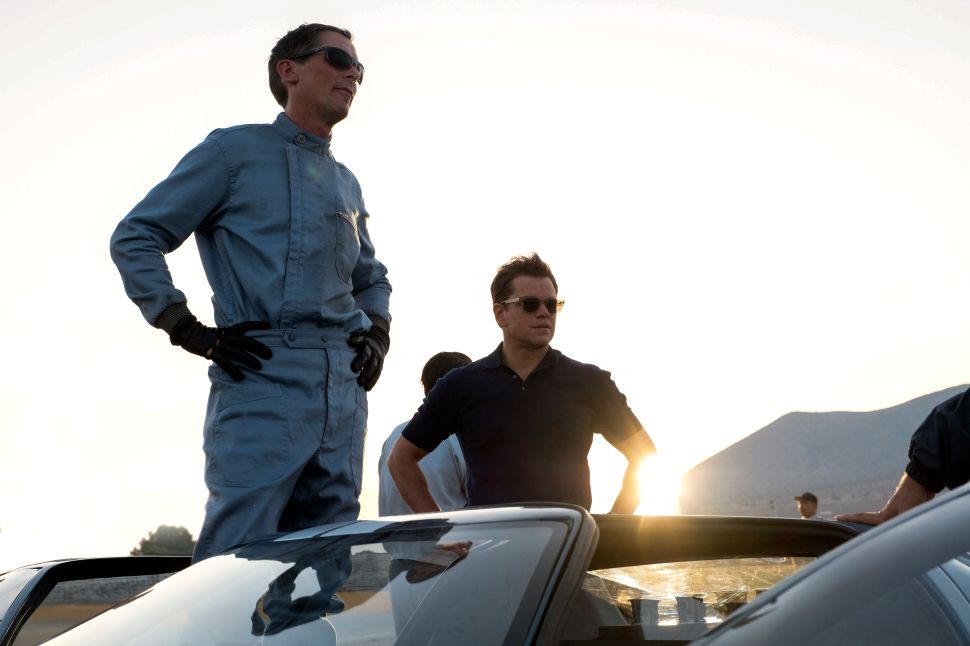