Disney lords over the film industry, like a Titan casting its gaze downward at Mount Olympus, with the studio housing an array of peerless brands and franchises. The cinematic landscape, as currently constructed, is perfectly suited for the studio’s opening weekend-tinted tentpoles that rabidly attract masses like a worldwide open bar. Audiences want big budget intellectual property, which has left specialty outfits such as Annapurna Pictures and Amazon Studios in the lurch.

Yet as the entire industry becomes exceedingly consumed by shared cinematic universes and four-quadrant home run swings, A24 has held steadfast against the changing tides. They have succeeded where others have failed—consistently spinning profits out of mid- and small-budget adult skewing dramas, an endangered species in today’s theatrical reality. That’s like winning the Super Bowl with me as your quarterback.

How have they accomplished the near-impossible?

Founded just seven years ago, the independent studio has already garnered 25 Academy Award nominations (including a Best Picture win for Moonlight), while never distributing a film that grossed more than $50 million in the United States. Waves, A24’s latest effort written and directed by Trey Edward Shults which screened at this year’s Toronto International Film Festival, may not get the studio any closer to the latter, but its path to the former is poised to be paved in Oscars gold.

Waves, set against the vibrant landscape of South Florida, traces the heartrending emotional journey of a suburban African American family—led by a well-intentioned but domineering father—as they navigate love, forgiveness and coming together in the aftermath of a loss. Absorbing its depths, you’re reminded that no one in life, not even those meant to shepherd you through it, really knows what they’re doing—some people just make luckier guesses.

The ensemble cast—which includes Kelvin Harrison Jr., Taylor Russell, Sterling K. Brown, Renée Elise Goldsberry, and A24 golden boy Lucas Hedges—are each their own individual power sources. They maneuver Waves into surprising corners and radiate raw energy like nuclear reactors. The film is relentless in its quest to drain your tear ducts and twist your insides but, despite a cuttable runtime and some occasionally questionable optics, rarely feels exhaustive or exploitive thanks to a carousel of stunning performances and the music of its imagery.

The film is yet another entry in A24’s expanding roster of immediate classics, a portfolio that is growing quicker than the theatrical window can shrink. Similar to Pixar, Marvel and Blumhouse, A24 has engineered its rise through unmatched consistency. Fox Searchlight, Focus Features, Sony Pictures Classics—they’re all powerhouse indie labels that have nonetheless watched A24 routinely commit to auteurs and their unique visions and then reap the benefits.

“A24 manages to recruit great casts, great directors and great writers for a relatively modest budget, and they always get a beautiful movie out of it,” Dakota DeBellis, creative executive at Blue Spruce Productions, told Observer. “Other studios spend a lot more for their creative teams but are still getting the same indie crowd buying tickets, which makes it difficult to generate a profit.”

In an ecosystem of mammoth predators that chew up fellow conglomerates, consistent quality has become a rare and valuable commodity, no matter what size it arrives in. A $100 million flop is a crisis; a $5 million success is just another good day at the office. It’s why Universal Pictures has a deal with the low-risk, high-reward producing Blumhouse Productions. It’s why Apple TV+ moved quickly to sign a multiyear pact with A24. Content floods the market like, well, waves of the ocean. Cutting through the clutter, even in less commercial ways, is pure alchemy.

“Sure, not all A24’s films are huge box office successes, but they’re almost always well received by critics and audiences,” Bock added. “That kind of goodwill is priceless and hard earned, which is why they’re currently at the apex of indie distribution.”

Waves arrives in theaters on November 1. 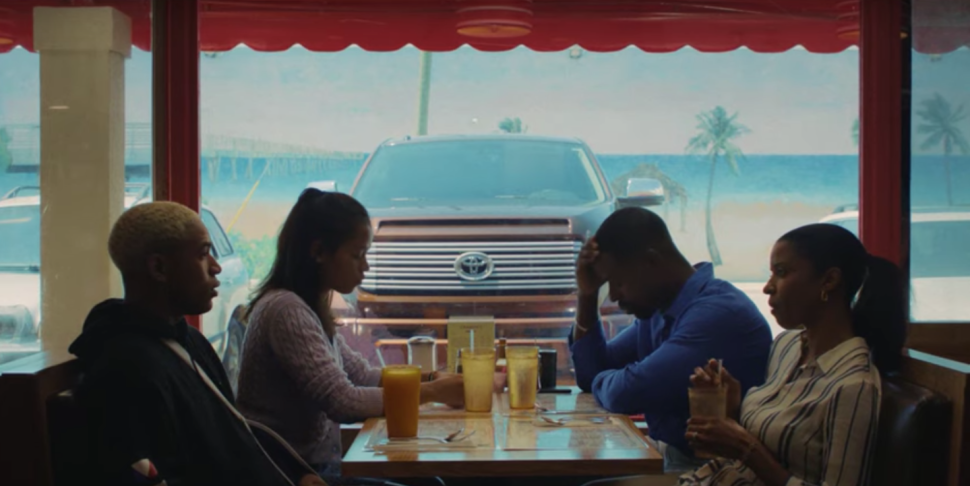