If Knives Out writer and director Rian Johnson could sit down to dinner with just one fictional character in the history of human creation, it would be Agatha Christie’s beloved protagonist, Hercule Poirot. At first glance, this might seem a peculiar choice. But upon further reflection, the stylish, trenchant and unorthodox Belgium detective is the perfect pick for Johnson, a filmmaker known for his own unique visual flare, keen attention to detail and a cleverly anachronistic sense of genre.

“[Knives Out] all started with me growing up as an Agatha Christie fan as a kid,” Johnson told Observer. The future Star Wars: The Last Jedi filmmaker would voraciously devour Poirot’s cases as if there was a pop quiz he was determined to ace looming in the distance. The DNA of that formative milieu courses through the veins of his feature directorial debut, the spectacular film noir investigation story Brick, as well as his thrilling sci-fi dystopian crime drama Looper.

Now, Johnson is debuting his Christie-inspired murder mystery Knives Out at the Toronto International Film Festival, one of our most anticipated TIFF premieres. Daniel Craig stars as Benoit Blanc (the homage is strong with this one), a detective investigating the death of renowned crime novelist Harlan Thrombey (Christopher Plummer) just after the writer’s 85th birthday.

“The logistics are tough, and thank god I had a great producer and a great team, ’cause they were able to make [casting] happen,” Johnson explained while discussing the verifiable who’s who of talent he’s plucked for Knives Out. “I felt very very lucky. It all started with Daniel Craig, he was the first piece of the puzzle, kind of the central piece that clicked into place. Once we had him cast, suddenly we started making the movie, and so we are able to go out to all these amazing actors and say, ‘hey, do you want to come out to Boston and have fun doing a murder mystery?’ and we got very, very lucky.”

As Johnson surmised, “I think that’s the main thing that I loved about this. When you watch the movie, you can tell just how much fun everyone is having.”

However, amassing a war chest of talent and properly utilizing all of those big names are two very different things. That’s why it was important for Johnson to paint each of their roles with their own unique colors lest they become just another face in the crowd.

“Each of these different character motives are mini-portraits of the soul, and hopefully there’s something each of us can relate to,” Johnson said of the movie. “Something that’s a very fun element of the genre is that it’s always personal.”

In a way, the hard-boiled intellect of Poirot is a microcosm for Johnson’s varied career in which he bends motifs like a gymnast debuting a new floor routine and repurposes familiarity to subvert expectations. By extension, the comparatively small and self-contained Knives Out feels like a natural refresher for Johnson in between behemoths and a median point amid the push-and-pull of modern cinema’s directional focus.

Just two original films (Jordan Peele’s Us and Quentin Tarantino’s Once Upon a Time in Hollywood) have earned $100 million at the domestic box office this year. They just so happen to be the only two films among this year’s 15 biggest grossers that aren’t sequels, spinoffs, remakes or connected to pre-existing properties. It’s not that original fare has disappeared completely (or that franchise filmmaking is inherently bad), it’s that the original approach has become an exceedingly risky gamble for studios.

“It’s challenging, but it is always difficult to get anything off the ground,” Johnson said while discussing the constricting theatrical marketplace. “It’s always a little miracle when any movie gets made, and I think there’s a real conversation to be had about the amount of massive franchise films, and in terms of the business, what it does creatively. It’s tough. I love franchise films, but I also love originals.”

Knives Out is exactly the type of adult-skewing original concept that audiences claim they’re hungry for but studios are reluctant to bankroll theatrically. It won’t be the easiest sell for distributor Lionsgate, which has been hit-or-miss at the box office outside of the John Wick franchise this year. Yet the whodunnit? genre still appears to have some some oomph behind the question mark; 2017’s Murder on the Orient Express, based on Christie’s novel and with Kenneth Branagh portraying Poirot, earned more than $350 million worldwide. Is Knives Out a sneaky bet to follow suit as November counter programming to Paramount’s Terminator: Dark Fate and Disney’s Frozen II?

We exist in the era of the global blockbuster, in which rising indie directors and acclaimed genre filmmakers are recruited by pop culture franchise monoliths for studio tentpoles. But even as the parameters of cinema’s mainstream become increasingly intractable, those who survive the perilous grind of big business Hollywood earn the industry cache to shepherd their passion projects to life. J.J. Abrams made his E.T. homage Super 8 right after reviving the Star Trek series for Paramount; Colin Trevorrow directed The Book of Henry after the breakout success of Jurassic World; even Johnson is taking a pit stop in between Star Wars franchises to make Knives Out. But he believes there’s enough variety of content to satisfy all manner of fans if they’re willing to look for it.


“Every single year there are movies that surprise me, and amaze me, and delight me,” he said. “I think there’s great original stuff being made out there, and maybe you have to make more of an effort to find it, but not that much of an effort. It’s all there. I have a hard time looking at the landscape right now, and putting my head in my hands and sobbing. There’s more interesting movies out there than I can keep up with.”

If there is hope for the genetic variation of Hollywood, it lies in off-kilter originals like Knives Out and film festivals such as TIFF that showcase them. If original creation requires a blockbuster detour these days, so be it. There’s nothing wrong with the next generation of audiences anointing both Iron Man and Detective Blanc as their dream fictional dinner guests. 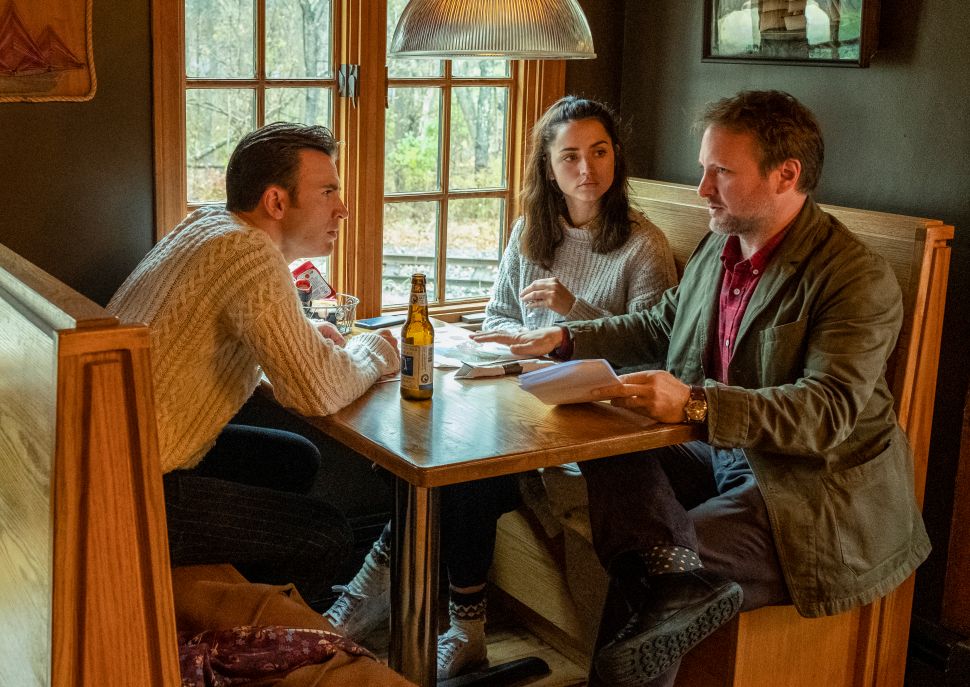