One of the great things about the Toronto International Film Festival is the opportunity to talk to writers, directors and showrunners, individuals who love stories so much that they made a career out of it. As prodigious fans and consumers of pop culture and creators of their own on-screen narratives, they possess unique insight into the towering figures and iconic characters that propel the best of stories into rarefied Hall of Fame territory.

What is The Godfather without Michael Corleone? Who is the embodiment of cool if not James Bond? We all have our favorites—shout out to Obi-Wan Kenobi—so Observer decided to ask a few creatives who their dream fictional dinner guest would be.

“My mind is on [Agatha Christie protagonist] Hercule Poirot, I think he would be hilarious. Probably because at this point, I can’t stop talking about anything but murder mysteries and Agatha Christie, so I can’t think of anyone but Hercule Poirot.”

“Hermione Granger? Yeah. I mean, Hermione Granger is just one of my favorite characters from… I mean, first of all, I think Harry Potter is one of the best-written pieces of all time. I know that’s not some amazing thing to say, but I do think it’s sort of interesting when grown ups flubbed that period. I loved that period way before I had kids, but I have not actually read it with my kid yet. But I really, truly believe that that is one of the best periods of our lifetime. And my husband and I read it out loud to each other when the books came out. And yeah, I think her mind is one of our greatest examples of a young woman in modern day literature, and I just love what a wonderful human she is, even though she’s a wizard.”

“Since we’re talking about TV, I guess I would have to have dinner with Special Agent Dill Cooper. Because I would know what to order for him and I feel like I could trust him. Despite, you know, three seasons of my all-time favorite show [Twin Peaks], there’s still a lot of questions out there. I feel like he would be a good person to discuss it with.” 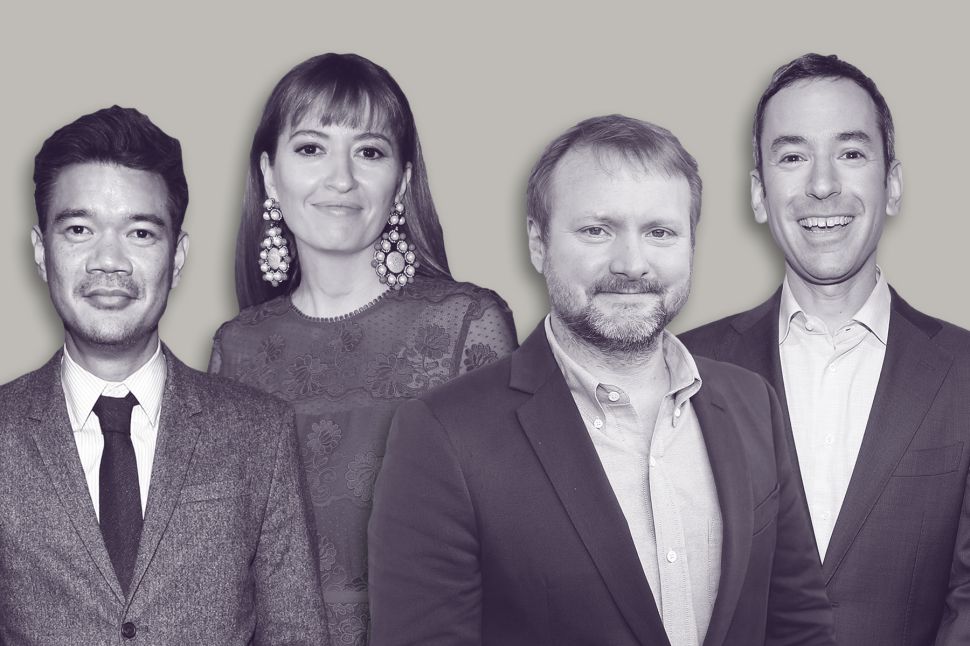