It’s the stuff of legends. Well, maybe not quite legends, but it is a fantasy come to life for most fans. Andy Greenwald, former TV critic for Bill Simmons’ pop culture website Grantland, debuted the first two episodes of his upcoming USA Network crime anthology Briarpatch at the Toronto International Film Festival. The critic has become a creator and showrunner in his own right—an aspirational dream for all of us arm chair evaluators who enjoy firing out #HotTakes on Film Twitter.

Rarely does an outside commentator receive the opportunity to put their money where their mouth is so definitively. But, then again, Greenwald isn’t exactly a green outsider. He wrote for a Warner Bros. web series and Rockville before Grantland ever fired up its servers. So think of Briarpatch—which follows a stint on Noah Hawley’s Legion, a job he got precisely because he didn’t come complete with a “TV brain”—as more of a homecoming for the 360-degree writer.

“I want to tell a story that people can follow and be excited about while also being curious and suspicious,” Greenwald told Observer. “I want them to experience all of the emotions that someone going through this might actually feel. It’s equally important to provide a sense of place, provide a vibe, mood, style, humor and entertainment and make it worth people’s while to spend this time solving the crime.”

Briarpatch, based on the Ross Thomas novel of the same name, is a new crime anthology series. Season one, led by a gritty and calcified Rosario Dawson, follows Allegra “Pick” Dill, a clever bulldog of an investigator working in Washington, DC for a less-than-upstanding Senator. When her younger sister, Felicity, a homicide detective, is killed by a car bomb, Allegra returns to her corrupt Texas hometown. Soon, as good crime fiction goes, her own personal whodunit is intertwined with a larger conspiracy.

Executive produced by Mr. Robot and Homecoming maestro Sam Esmail, Briarpatch‘s pilot is a nifty example of all those styles and moods incarnated. We’re introduced to many of the central players—Mad Men‘s Jay R. Ferguson is having the time of his life chewing scenery as en eccentric gun-running cowboy—without ever being told exactly what game it is we’re playing.

Greenwald, a Philadelphia native with stops in New York and Los Angeles, opted to move the setting to a fictional West Texas border town. It’s a place that isn’t real but could be. A town you can visit if you “drove to the limits of your imagination and kept driving,” as he describes it. Briarpatch is a West Texas of the mind. That surrealist sensibility is reflected on screen with shades of the Coen Brothers, flickers of David Lynch’s Twin Peaks and Wild at Hearts, and a touch of Oliver Stone’s U Turn courtesy of director Ana Lily Amirpour (A Girl Walks Home Alone at Night). But just because Briarpatch draws inspiration from and pays homage to a cascade of occasionally impenetrable material does not mean it wants to veer into the same inexplicable ambiguity.

“I deeply believe that if at the end of a season, people are nitpicking who did what, when and where, you’ve lost,” Greenwald said. “Who actually ‘did it’ is the least interesting question. We do provide an answer in season one. But all of the other questions around it—the style, the how, the why—are always more interesting to me.”

Even with this declaration of resolution, it’s not as if Briarpatch is a neatly packaged network product assembled by committee. Greenwald has picked up a rogue-ish sensibility from his collaborations with the boundary-pushing Hawley and Esmail. “Both want you to reach harder and push farther and take bigger chances. They’ve always encouraged me to take the bolder choice and not settle,” he said.

USA Network has long been known more for its breezy procedurals and Law & Order reruns than its risky gambles. But with the rapid Darwinian evolution of the television medium and the dawn of the Peak TV era, the basic cable channel hasn’t so much pivoted to moody and experimental dramas as leapt with impressive gusto. It’s all part of a strategic re-branding that arguably began with Esmail’s Mr. Robot in 2015. Briarpatch feels like a cozy balance between the network’s familiar past and its semiotic future; a stylized functionality of enticing storytelling.

“I was always both a fan and an admirer of the ‘characters welcome’ era of USA Network,” Greenwald said. “I think TV is the most intimate medium we have. It comes into our homes, it keeps us company on our couches. I feel like we have an obligation to entertain.”

Perhaps it’s fitting. The TV fan with a deep love of classic genre storytelling is tasked with aiding a network’s expansion into the unknown depths of a volatile industry. “One of the purposes of Briarpatch is to update tropes and beloved genre stories and see what they would like today.” We’ll get a better look when Briarpatch arrives in 2020. 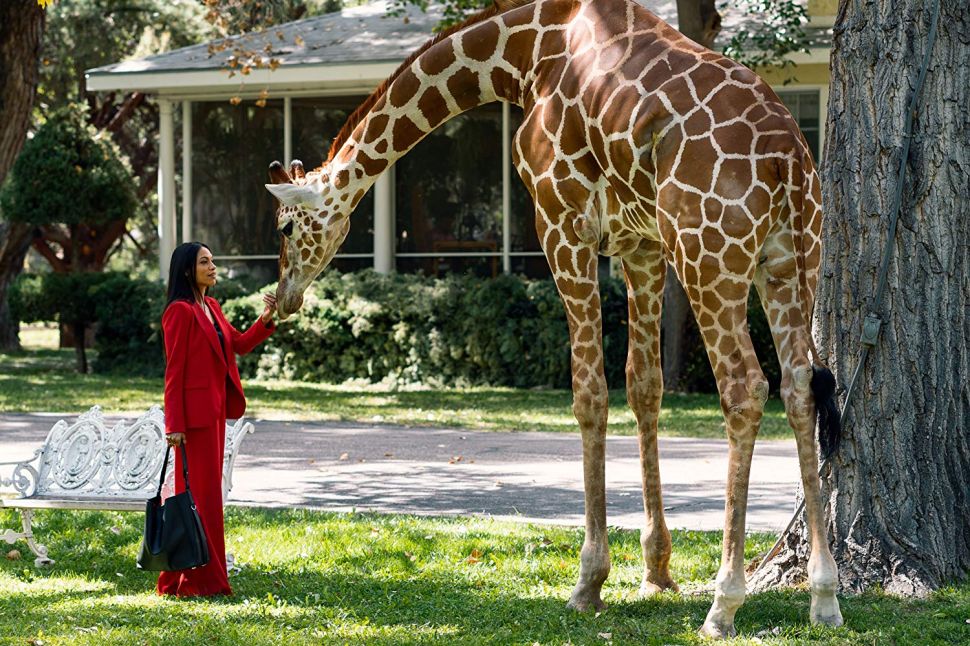