Toronto, Canada’s largest city, used to be a place where, if you collected art, you tended to see it and purchase it in New York, an hour away by plane.

The first Toronto Biennial of Art (September 21 to December 1) could begin to change that with the work of more than 100 artists, almost 70 percent of them Canadians.

The Biennial, which cost about $3.8 million over two years to mount, is billed as “72 Days of Free Art.”  If it isn’t an immersion, it will be an extended tasting. Yet the event is about more than jump-starting a contemporary art scene with a city-wide festival, after five years of planning.

SEE ALSO: A Biennial, Fair and Museum Open in Istanbul, Reviving Hope in an Art Scene Grappling With Issues

“The idea has been talked about for a couple of decades,” said Patrizia Libralato, the Biennial’s executive director. During that time, Toronto grew from a somewhat sleepy town to Canada’s most populous city, with a museum building and an opera house by Frank Gehry, who was born here. The Royal Ontario Museum has a spiky 2007 addition by Daniel Libeskind. Add to that a film festival where Hollywood goes to premiere movies and an NBA championship team. High-rise construction almost everywhere around you is a sign of convulsive growth and ambition. You hear the term “world-class” in Toronto almost as often as in Las Vegas.

“It’s become a microcosm for global conversations, and that’s something that a biennial responds to,” said Susannah Rosenstock, the Biennial’s Deputy Director for Exhibitions.

If you detect a hint of boosterism here, you’re not alone. The city where condos are rising like glass and steel weeds is also a city that wears its heart on its sleeve. What we might call political correctness, Toronto calls policy. Hence the biennial theme, “The Shoreline Dilemma,” which ponders Toronto’s lakeside location as the home of cultures that were here before Europeans settled. That same shoreline was also a place of entry and contact, much of it brutal.

“The curatorial approach didn’t start with a theme, but with a question, which is ‘how can we be in relation?’” said Ilana Shamoon, who oversees the Biennial’s performance program. Be prepared for a strong emphasis on work by or about indigenous people.

Most of the Biennial exhibition sites will be close to the shore, among them a former Volvo dealership where art will be exhibited in a space of 40,000 square feet.

As in Venice, to which any Biennial will be compared, collateral events will take place around the city.

Among the curatorial team’s leaders is Tairone Bastien, a Canadian who returned from years in Dubai to help inaugurate the Toronto event (which may explain the presence of Dubai-based Iranian artists like Ramin and Rokni Herizadeh and Hesam Rahmanian on the program).

Bastien took a break from installing to discuss the Biennial’s program, some of which was already in place, like The View from Here, an installation in Union Station (city’s main railroad station) by Luis Jacob.

Jacob, a Canadian who was born in Lima, Peru, has amassed a collection of books and maps going back to the 1600s. In his ensemble of images already in place at Union Station, Bastien says, “You see a collage of architectural references, of spaces.”

“Toronto is a developer’s dream,” the curator continued. “Developers have eaten up entire sections of the city and developed it without any kind of rhyme or reason. Jacob’s drawing a relationship between early forms of colonization and settlements, of naming and defining space, and these modern forms of doing the same thing.”

Also on the bill are Judy Chicago, the AfriCOBRA fabric artist Jae Jarrell, now 84, showing at nearby York University (“her work sort of melds fashion and art”) and Emory Douglas, the staff artist/cartoonist of the newspaper The Black Panther and former Minister of Culture of the Black Panther Party.

Organizers say that 50 percent of the Biennial’s artists identify as women, some 65 percent are people of color, and 25 percent are indigenous.

Bastien cited “The New Red Order” as an indigenous group of creators to watch. A New York-based video and performance collective of changing size, the group is described in the Biennial’s program as “a public secret society whose members collaborate with self-described informants to create videos and performances that function as a radical ‘calling out [and] calling in’.”

“What they try to explore is the idea of indigeneity and how people desire indigeneity,” said Bastien.

If that sounds transgressive, even in Toronto’s emphatic embrace of diversity, the city has some experience of trying and succeeding at bringing challenging art to the street. A few years ago, its program Street Art Toronto, or stART, enlisted street artists (once arrested as graffiti artists) to decorate highway underpasses and other public surfaces. The ongoing program, which pays the artists for their work, even won over the former mayor and graffiti-phobe Rob Ford, who had been a constant target of graffiti artists. stArt is now an improbable highlight of Ford’s mixed legacy.

And reaching Ford’s substantial and generally suburban art-averse constituency, roughly half the city, may be the real challenge for the Biennial’s diversity-driven mission, as the team already looks ahead to its 2021 edition. The Biennial is adding immigrants, indigenous groups and people of color to the existing art audience, but will the city-wide “72 Days of Free Art” reach the people beyond central Toronto who don’t see themselves as part of that mix?

“We are outside the core,” said Patrizia Labralato, who recognized that challenge while stressing that all the Biennial’s programs are free, “It’s one thing to bring people to the city, but it’s another thing to go where people live.” 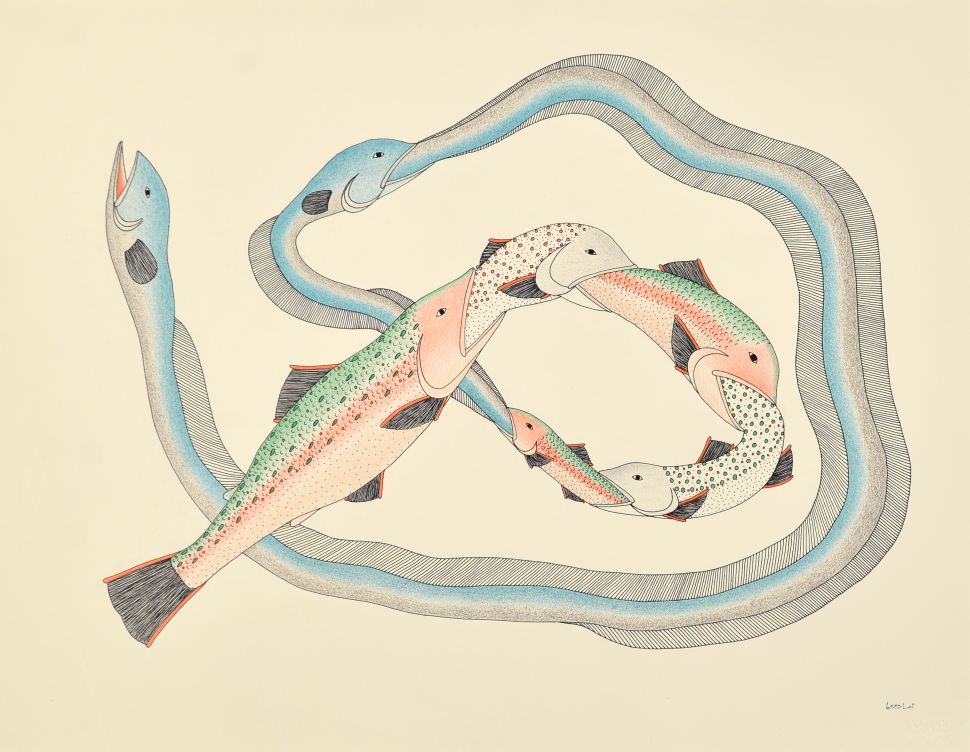