The horrifying state of the world’s rapidly eroding climate has given rise to a new kind of nihilism: rather than pining for a better future, many Americans have instead let their minds contemplate the possibility that the end might truly be near. For once, this isn’t depressive ideation or generational angst but actually a deeply sane response to the scale of human plunder that’s led to melting oceans and dying species. Thirty years after its iconic (and ultimately prophetic) “Endangered Earth” issue, Time Magazine‘s latest issue (which comes out this week) seeks to reiterate the urgency of climate problems by devoting the entire contents of the magazine to the biggest emergency currently threatening humanity. The special edition, called “2050: How Earth Survived,” features a cover image created by famed sand sculptor Toshihiko Hosaka.

Hosaka is an interesting choice of an artist when it comes to covering a magazine issue with this theme, because his work largely deals with the inevitability of impermanence: he makes art out of sand, an extremely fallible material, after all. Given that the latest Time magazine is filled with missives from famous environmental advocates like Al Gore and Dr. Jane Goodall, the publication seems to want readers to internalize just how urgent the project of preservation is.

SEE ALSO: The Creator of ‘Time’ Magazine’s Cover About US Gun Control Is French. Here’s Why That Matters.

As though underlining this point, a representative for Time told Observer that Hosaka and his team spent two weeks building the 98-foot by 65-foot sand sculpture featured on the Time cover on a former playground site in Iioka, Asahi. “We sculpt letters, frames, and earth parts using shovels, forks, and rakes used for gardening,” Hosaka said in a release about creating the work. “It was necessary to always moisten because if the ground was dry it did not form. It is a huge work. I carved it a little and shot it with a drone to adjust the balance and depth. A dust spray is sprayed thinly on the finished part. This spray is used for road construction. This will withstand some rain and dryness.”

Hosaka’s canvas, the site which used to host a school until it was closed after 2011’s East Japan Earthquake, was tenuous at times. “The biggest enemy of my work is the heat,” Hosaka continued. “I have been making sand sculptures for over 20 years and most of my work is outdoors. The heat has increased compared to before.”


Ultimately, if we want the world to survive, we have to take radical action to stop it from being swept away by the rapidly boiling ocean: the fate that ultimately tends to befall Hosaka’s sculptures. 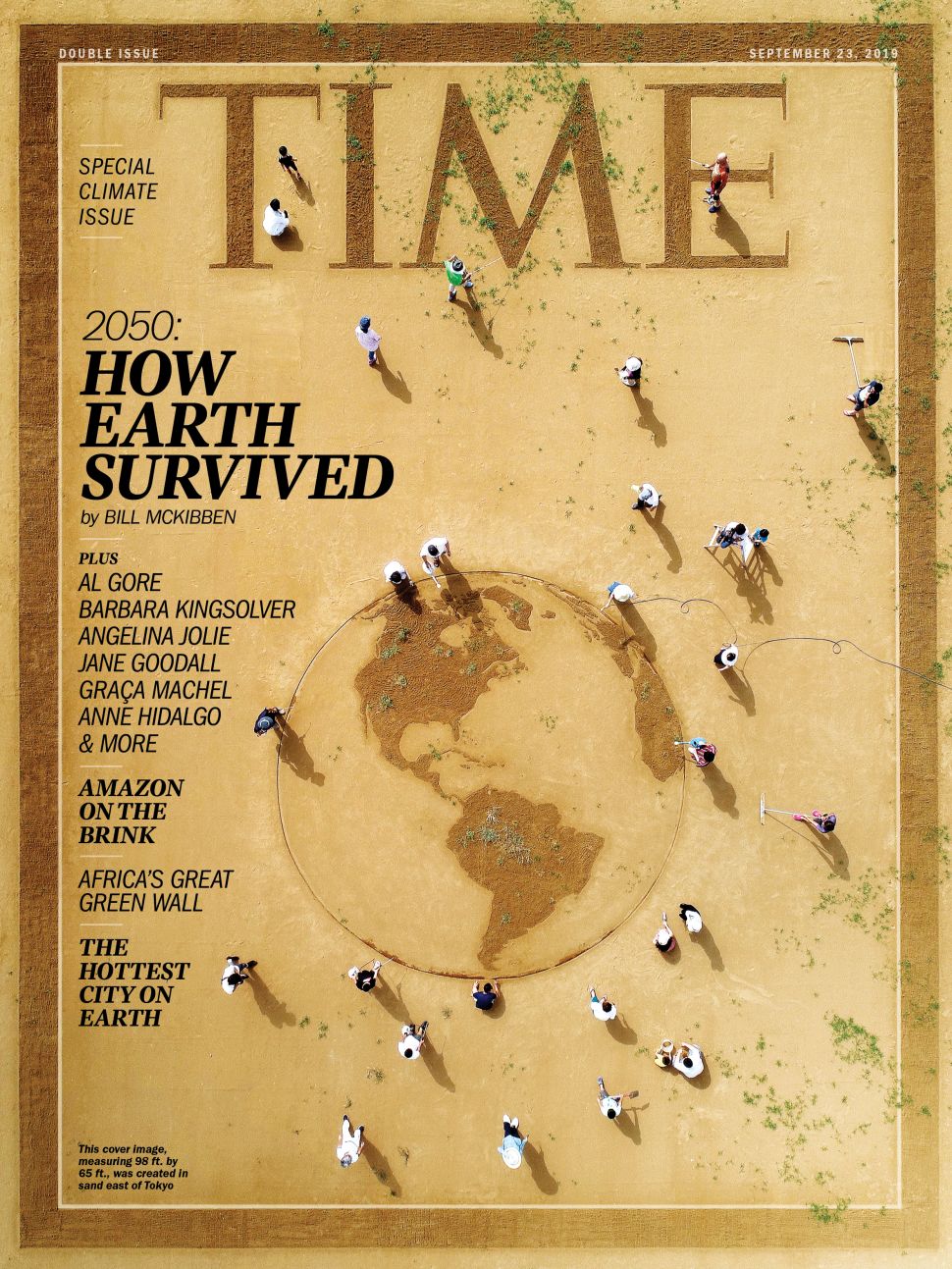