Uber’s charismatic CEO Dara Khosrowshahi wouldn’t oppose the idea of sharing some of his $3 million salary plus $40 million worth of equity with Uber’s minimum wage-earning drivers. He just wouldn’t give the order himself.

When asked about thoughts on the widening pay gap between top executives at “gig economy” tech companies like Uber and their low-paid contractors at an event this week, Khosrowshahi acknowledged that things have “gone too far,” but argued that it should be governments’ and society’s job to fix it.

“I absolutely hope that a lot of the conversations about more aggressive [wealth] distribution will become more than discussion and become reality,” Khosrowshahi said on Tuesday at this year’s Concordia Summit in New York City. “I think it is up to society and governments to correct it. I don’t think we should change the capitalism machine that has for years and years created innovation and lifted overall standard of living and GDP.”

“We shouldn’t sacrifice the capitalism machine,” he reiterated. “There is a responsibility [for corporations] in this society where there’s so much transparency about what everyone is doing. So many questions are being asked. It makes me sit more uncomfortably in my chair, but I think I’ll be a better CEO for this company five years from now.”

Uber went public on the New York Stock Exchange six months ago, which made some of the ride-hailing company’s major shareholders, including its former CEO Travis Kalanick, exponentially richer overnight. In contrast, financial situations for Uber’s thousands of driver barely improved after the IPO. Per the company’s own calculation, Uber drivers make an average $25 an hour. But external reports have suggested that that number fails to fully account for drivers’ cost, such as gas, commission and taxes.

In 2018, Uber paid its top five executives a total of $6.8 million in salary and cash bonus, plus $130 million worth of non-cash awards, according to the company’s IPO filing.

CEO Khosrowshahi, the highest paid person at Uber, received a total package worth $45 million, including $1 million in base salary, $2 million in bonus, $40 million in equity award and $2 million in reimbursement for work-related expenses. 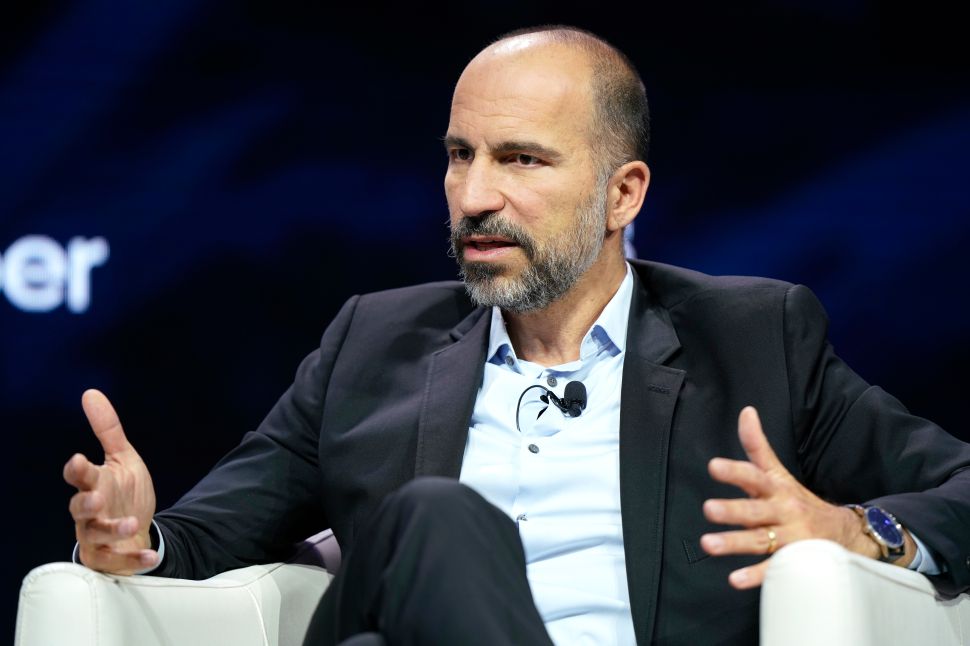