Ask your Uber or Lyft driver why they like driving for a rideshare company, and you’ll probably hear about its flexibility and convenience. The ease of using these services allows everyday Americans, from college students to single moms and retirees, to earn extra income. So why is Congress trying to make it more of a hassle to give rides?

Sami’s Law, a new piece of legislation proposed in the House, is intended as a well-meaning response to a recent tragedy. Earlier this year, a young woman was killed after getting into a car she mistook for an Uber that she had ordered minutes earlier. It’s a heartbreaking story, and it struck a chord with many Americans who have hopped into rideshares without carefully crosschecking the license plate first.

As common as that mistake is, this tragedy was an isolated incident. The suspect was not a driver for any rideshare service and never had been, nor was he impersonating one in any obvious way. He appears to have simply been an opportunistic, cold-blooded killer.

It’s understandable that lawmakers want to prevent anything similar from happening again, but there is a major risk in messing with a winning formula to solve a very rare problem. The proposed legislation would do little to improve safety while making it much more complicated for regular people to earn money from ridesharing.

The law’s mandates are onerous: all drivers would be required to place at least two identifying markers on the front windshield and rear window, plus two placards with their name, picture and license plate number on the rear side windows and two copies of a barcode on the rear side windows that a passenger can scan to confirm the vehicle is the one they ordered. Any driver who forgets even one of these numerous decals would be subject to a hefty fine.

Ridesharing is not a full-time job for most drivers. It’s something they do on the way home from their day job, or after dropping their kids off at school. For most, the idea of driving around with their headshot, name and multiple barcodes stuck to their windows is a bridge too far. It essentially requires giving their personal cars the look and feel of a full-time cab. And putting the material up and taking it down each time would be enough of a pain to deter casual drivers.

These rules are also a burden for riders. No customer wants to scan a barcode each time they get into a car. What if it’s a cold and rainy day? What if cars are honking and traffic is blocked? Besides, couldn’t a rider achieve the same goal by simply asking the driver to confirm his or her name?

Members of Congress should think twice before supporting such an unnecessary bill, especially those Democrats who care about the middle- and low-income Americans who rely on ridesharing for extra income. Rep. Elijah Cummings (D-Md.), Rep. Donald Payne Jr. (D-N.J.), Rep. Frank Pallone (D-N.J.) and Rep. Eliot Engel (D-N.Y.) all sit on key committees that could decide the fate of this legislation. They should choose wisely.

They can rest easy that a vote against this bill is not a vote against safety. Ridesharing has always been far safer than a late-night walk home, and the exchange of rider and driver information, the star rating system and automatic GPS tracking are a few of ridesharing’s inherent safety advantages, which far outweigh its risks.

Drivers may have some gripes about ridesharing, but the convenience factor isn’t one of them. The ability to open the app during down time and begin earning cash has triggered a personal finance revolution. It’s allowed hardworking Americans to finish their car payments, get kids through school or make a student loan payment that they’d otherwise miss.

Ridesharing drivers had nothing to do with the tragic murder case in South Carolina. So why should they be punished for it?

Brendan Flanagan is a Democratic consultant and a veteran of Obama for America. 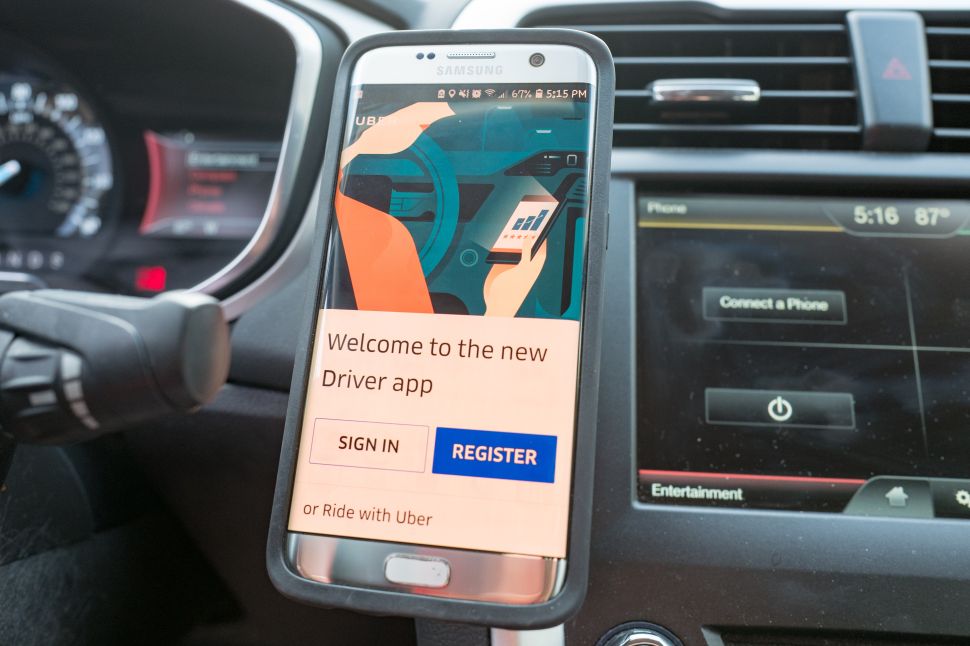