Introducing Andrea del Verrocchio (1435-88), who taught Leonard da Vinci for a decade, should be unnecessary—sort of like dropping a name like, for example, Igor Stravinsky into conversation. Yet Verrocchio has been somewhat relegated to the shadows. The exhibition “Verrocchio: Sculptor and Painter of Renaissance Florence” (September 15 – January 12, 2020) at the National Gallery of Art in Washington could change that. At least it should.

Visitors will see the painted bust of the aristocratic patron Giuliano de’ Medici (c. 1475), the quintessential effigy of a proud Renaissance nobleman. And in bronze (more expensive than marble in those days…the 15th century) Verrocchio’s sculpture Putto with a Dolphin (1465-80) seems poised to take flight. A winged child stands on one foot on a globe-like pedestal and cradles a small dolphin in his arms. The sculpture looks like a big toy, and appears to have been conceived with nothing but delight in mind.

Look closer, and then walk around it, and you see that Verrocchio crafted the work to be seen from all sides, violating the norms of sculpture in Verrocchio’s day.

Anyway you twist it, Putto reveals new details. Verrocchio and scholars at the time called it a spiral construction, or a figura serpentinata in how it was designed to be seen from multiple viewpoints. Even with a caprice like a baby with his “pet” dolphin, Verrocchio broke new ground.

Verrocchio was a painter, draftsman, even an architect (at last once). But Leonardo’s grand status still casts a shadow over this master, who in fact helped his lauded pupil become Leonardo.

The show in Washington puts the spotlight back on Verrocchio, showing his work across a range of media for the first time in the U.S. It encompasses over 50 works by Verrocchio or attributed to him. Prepare to be awed.

Verrocchio began his life in art studying to be a goldsmith. Born Andrea di Michele di Francesco de’Cioni, he seems to have been renamed Verrocchio for an artisan who hired him as an apprentice. We don’t know how he got into sculpture; one theory is that he lacked work as a goldsmith and so turned his hand to another trade. Still, he spent enough time in gold to develop an impressive mastery of detail seen in all his work.

The show is curated by Andrew Butterfield, an art dealer, who wrote a prizewinning book on Verrocchio’s sculpture 20 years ago. “I can’t get away from him,” Butterfield chuckled during a conversation with Observer. That joke gets at the core of the exhibition. Verrocchio is inescapable in his influence over generations of Italian artists.

Butterfield sets the scene. “If you went into Verrocchio’s workshop in the 1460s or thereabouts, quite literally in the space the size of a one bedroom apartment in New York, you would have in one corner Leonardo, working on something. In another corner, you’d have Perugino. At some point around then, (Sandro) Botticelli was also there,” he said. “So, in a relatively small space you had all these budding geniuses. The place was sort of the laboratory for the art of the High Renaissance.” Collaboration was the norm, particularly in paintings from that time—hence persistent scholarly debates on who painted what.

If one work seems poised to steal the show, it is Lady with Flowers, a marble sculpture from 1475-80 that most experts agree is the work of Verrocchio. A young woman holds a delicate bouquet of flowers to her breast. Her natural features and simple tunic are unusual for sculptures of female figures made at that time, and we don’t know if the work is the likeness of an actual person. If the facial expression is serene, the figure’s hands, held asymmetrically as they clasp the flowers, have the detail and expressive tenderness that Verrocchio would pass on to his best students.

Some of those pupils, like Leonardo, were painters. The Verrocchio effect is unmissable in the show with Leonardo’s Portrait of Ginevra de Benci (1474-78), a wide-faced young noblewoman whose hands reveal more than her indifferent face.

The show’s catalogue, with vivid photographs of Verrocchio works by Antonio Quattrone, will also help. Those stunning pictures are more than marketing devices, says Butterfield, who notes that they are crucial in attribution debates involving Verrocchio.

In the past, he said, “people tried to resolve these questions through photographs, and the technology of photography just wasn’t good enough.” Now, images like Quattrone’s are able to allow experts from around the world to see the works and study them under ultra-magnification.

With digital advances of those pictures, he said, “it’s not going to end debate, but it should provide a more firm basis for the discussion.”

It may raise some eyebrows for an art dealer (and scholar) to be leading a discussion that still stymies experts, yet Butterfield stresses that years in the art trade have sharpened his eye.

“A great part of being a dealer is that you are exposed to a vast range of material, of every level of quality, from the sublime to the ridiculous. From things that belong in the Hermitage or the Met, to things that are worth five dollars in a flea market. You see them covered with paint and covered with mud. You see them in pieces, or without labels,” he said, “you learn to look.” 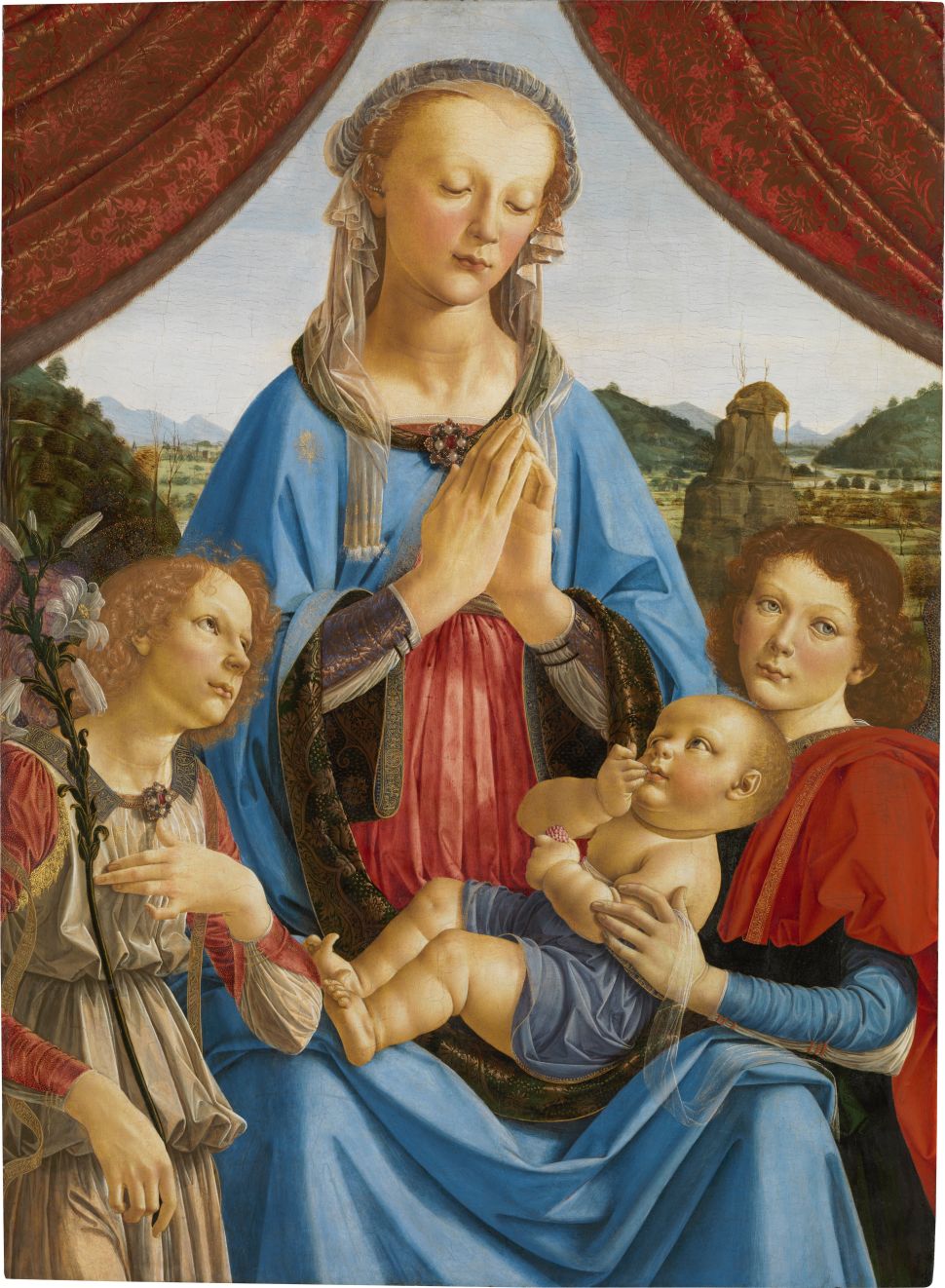