German auto giant Volkswagen Group has sparked a lot of speculation lately about either a possible merger or an all-out competition with Tesla.

A few weeks ago, anonymous sources told German media that Volkswagen’s CEO Herbert Diess was interested in buying a stake in Tesla. Then, this week at the International Frankfurt Motor Show in Germany, Volkswagen debuted two electric cars that looked a lot like answers to Tesla’s flagship products in both the high-end and mass market.

The two new models—the Porsche Taycan and the Volkswagen ID.3—have similar specs and price ranges as Tesla’s Model S and Model 3, respectively. And Volkswagen’s CEO made it clear that the nature of its game with Tesla is more likely to be a competition than a partnership.

“I wouldn’t consider a stake in Tesla,” Diess clarified regarding the swirling rumors on Wednesday. “I wouldn’t buy a stake because I think all they are doing, we can do.”

But on a personal level, he wouldn’t mind being called a Tesla owner. Diess said he admires Tesla as a company and loves driving Tesla cars. Yet he doesn’t see Elon Musk’s electric car startup as a threat to his company because of the sheer difference in the two companies’ sizes.

“In the long run, I think we might have a bit of an advantage because of scale,” Diess explained. “On the hardware side, there is probably not so big a difference because they also have a dedicated electric platform and they’re quite big already for an EV manufacturer.”

Diess also acknowledged that Tesla has a leading position in the development of electric vehicle-related software technology, which was believed to be Volkswagen’s main motivation had there been a true acquisition interest.

“When it comes to the next big thing, which is software, Tesla is strong in software,” Diess said. “But software really is a volume game. If you do software, you have to use 10 million devices, not one million.”

Both Volkswagen and Tesla are investing heavily in electric cars. The difference is that Volkwagen has a dozen other profitable gasoline car brands (Audi, Porsche, Lamborghini, etc.), while Tesla only has one yet-to-be-profitable product line.

“I don’t believe that [bankruptcy] will happen,” Diess said of Tesla’s constantly tight cash situation. “I like Elon quite a lot and I wish him all the best. Tesla is close now to profitability. Probably the biggest challenge is the stretch in category class because the investment is so big.” 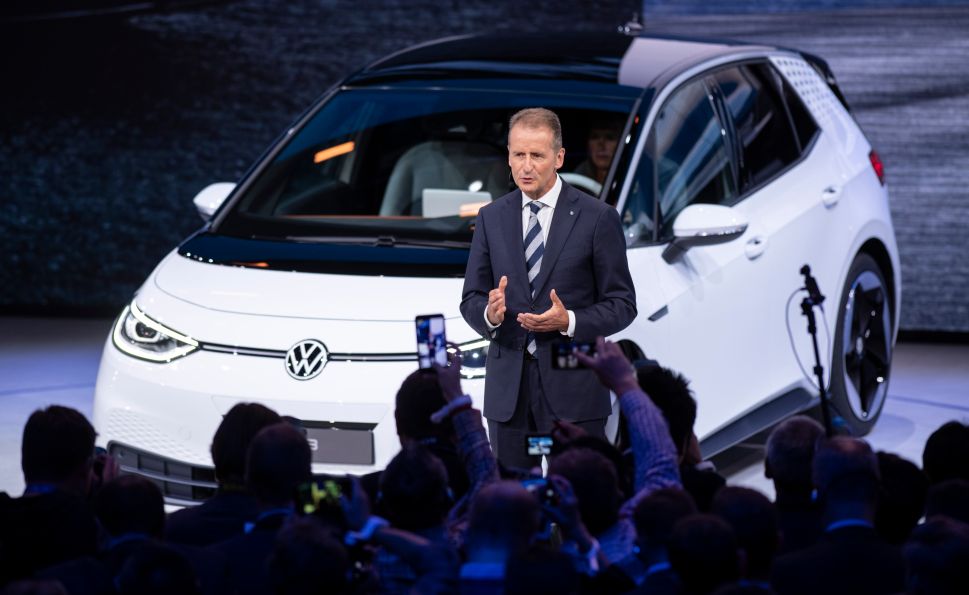