German auto giant Volkswagen Group is heading toward an electric future in full force. But regulators in the company’s home country are making it hard for the century-old carmaker to leave its gasoline past behind.

On Monday, Volkswagen rejected a judge’s plea to settle a class action lawsuit relating to a high-profile emission scandal dating back to 2015. The German company denied any wrongdoing and refused pay damages to 450,000 affected customers in Germany.

The scandal in question, known as ‘Dieselgate,’ erupted in September 2015 after the Environmental Protection Agency (EPA) in the U.S. found that Volkswagen had cheated on emission tests with an emission control software that resulted in understating its cars’ greenhouse gas emission level by up to 40 times. It was estimated that the misconduct had affected at least 11 million cars worldwide made between 2009 and 2015.

Volkswagen settled with customers in the U.S. in October 2016 by agreeing to recall half a million affected vehicles and pay $15.3 billion in dozens of class action suits. The company later agreed to pay an additional $4.3 billion in criminal and civil penalties in a separate government suit.

Elsewhere, several consumer class action suits against Volkswagen are under way in Australia, Norway and the Netherlands. But its domestic customers haven’t been able to sue the company until now thanks to a change in consumer law that came into effect last year.

Of the German class action, the company argued on Monday that “The vehicles [affected by the scandal] are driven by hundreds of thousands of customers every day, which is why we believe there is no damage and therefore no cause for complaint.”

The case was heard at Braunschweig Higher Regional Court in Braunschweig, Germany, about 20 miles from Volkswagen’s Wolfsburg headquarters.

More likely than not, this will only be the first round of a multi-year legal battle. Volkswagen expects the lawsuit to last at least four years, according to BBC. The next hearing is slated to take place on November 18.

Meanwhile, Volkswagen CEO Herbert Diess and two current and former executives are facing criminal charges in separate cases relating to Dieselgate. Last week, German prosecutors charged the three executives for stock market manipulation, alleging that Diess and his colleagues had knowingly withheld information about the scandal from shareholders in the days before Volkswagen’s stock crash in September 2015.

Again, the company denied wrongdoings and received a lot of sympathy from industry peers. Tesla CEO Elon Musk, for one, shouted his support for Diess the same day the lawsuit was filed. “Herbert Diess is doing more than any big carmaker to go electric,” he tweeted. “The good of the world should come first. For what it’s worth, he has my support.” 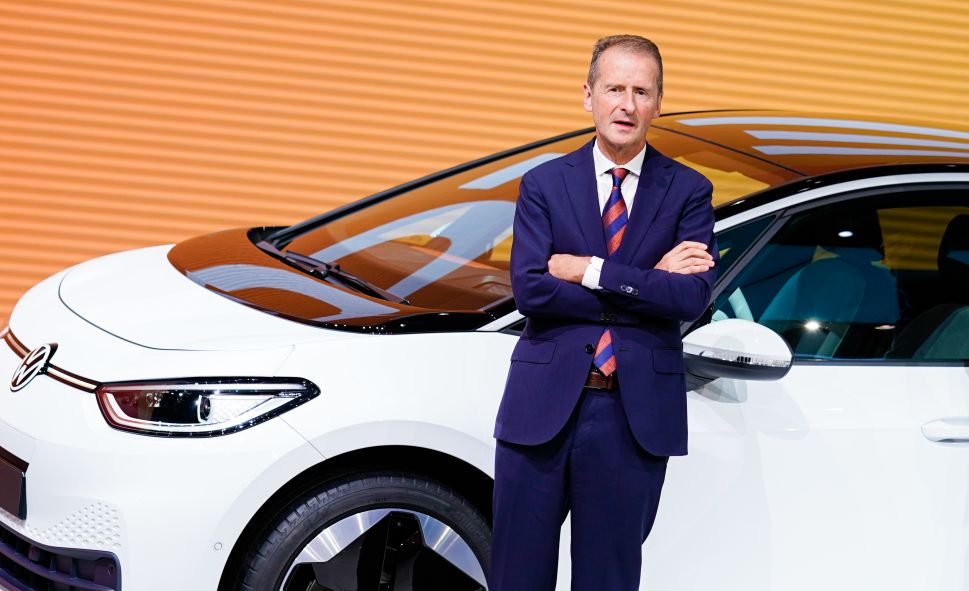