Last week, German auto giant Volkswagen Group stunned the world when its Porsche brand unveiled its first electric sports car, the Taycan, which was widely seen as a threat to Tesla’s dominance in the luxury electric vehicle (EV) market. However, while the Taycan boasts the most advanced electric vehicle technology on the market, as well as Porsche’s impeccable craftsmanship, what will more likely help VW win the electric car race is actually a less conspicuous model, the compact Volkswagen ID.3.

This week, both the Taycan (starting at $150,000) and the ID.3 (priced at under $33,000) are on display at the Frankfurt Motor Show in Germany. And Volkswagen’s CEO Herbert Diess spoke up about the century-old automaker’s ambition in the burgeoning EV sector.

Speaking to the Associated Press on Tuesday, Diess said Volkswagen isn’t scared of the head-to-head competition with Tesla (as well as other automakers mulling electric projects)—both in the affordable and luxury segments.

“Our approach is different. We come with high volumes, we come with a dedicated platform that is only for electric cars, and we generate a lot of scale because we are investing at the same time in China, Europe and the U.S.,” Diess said.

These points, though, are not unique to Volkswagen. Tesla, for one, is rapidly ramping up manufacturing volumes and building factories in China and perhaps soon in Europe.

And yet, the two companies differ on a key measure: Volkswagen is profitable, while Tesla is not.

Over its 15 years of operation, Tesla has scored a few profitable quarters, but it has never posted a profit on an annual basis. In contrast, Volkswagen posted an operating profit of €17.1 billion ($19 billion) in 2018.

If all goes according to plan, electric vehicles will account for 40% of Volkswagen’s total sales by 2030. That will translate into 22 million electric cars produced over the next decade. 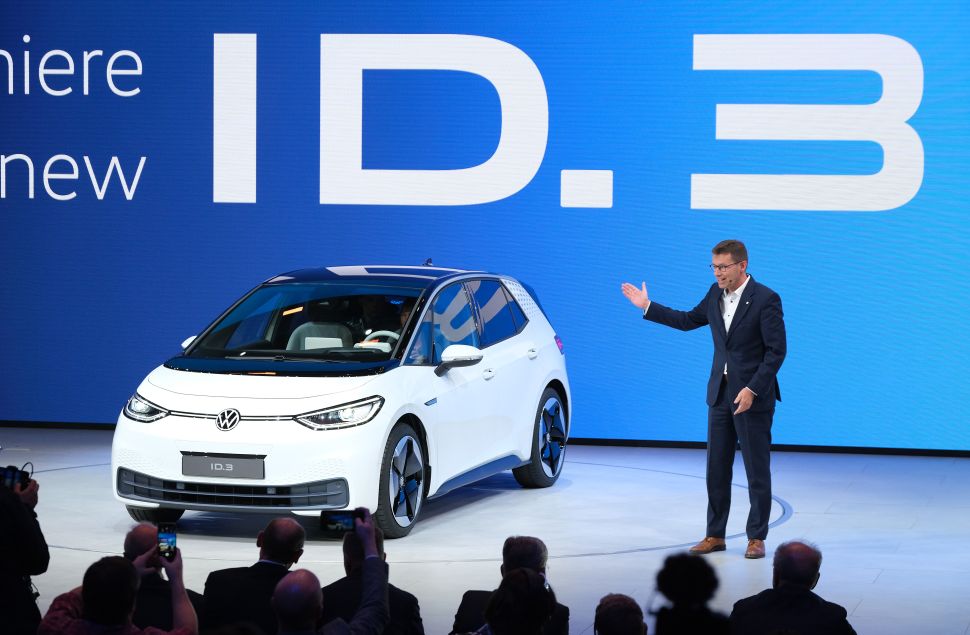