WeWork’s journey to a public debut appears to be a bit bumpy.

The We Company, parent owner of the co-working entity, is reportedly seeking a much lower valuation than initially planned, Reuters reported on Friday. The unicorn startup initially announced a $47 billion valuation during its August S-1 filing, however that bloated sum is being dropped to somewhere between $10 billion and $12 billion, according to familiar sources.

Furthermore, the company’s controversial co-founder and CEO Adam Neumann is also having his grip on the company loosened “in response to market feedback,” as the announcement put it. Neumann will now have half the voting power, according to the new amendment made to We’s S-1 filing with the Securities and Exchange Commission (SEC).

As Business Insider noted, Neumann will have 10 instead of 20 votes a share, with the worth falling to one vote per share in the case of permanent incapacitation or death. His family’s heavy involvement in WeWork’s business plans—including his wife and co-founder Rebekah Neumann—has also been reduced, and no family members will sit on the company’s board of directors.

The modifications to its IPO plans are likely a reaction to heavy criticism in recent days. So much so, investor SoftBank reportedly asked WeWork to scrap the IPO altogether in order to avoid a disaster of a roadshow.

It’s unclear how the We Company’s IPO will unfold in the coming days, as rapid changes appear to be surfacing. As of Friday afternoon, The Wall Street Journal reported that venture giant SoftBank has plans to buy a $750 million in WeWork parent shares. 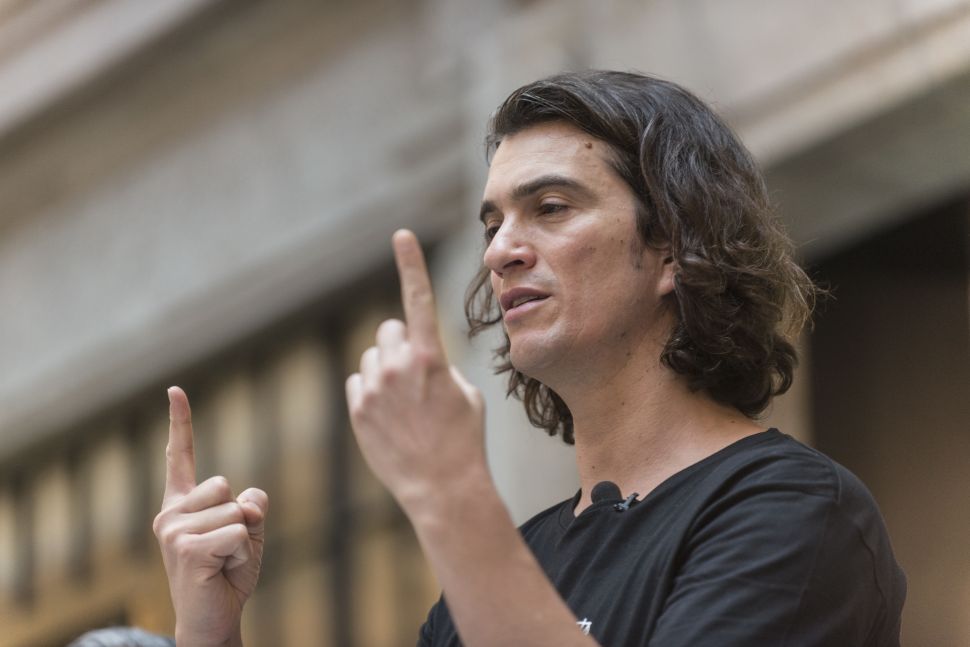