Aside from legal prescription opiates, bootleg pain pills cut with fentanyl and vape pen cartridges filled with a potentially deadly thickening agent, one of the more dangerous substances available in America today is “synthetic marijuana.”

Sold under all sorts of buzzy names—”Spice” and “K2” are two common “brands”—synthetic marijuana is more a term of art than it is an accurate product description, a catch-all category for plant material adulterated with a chemical cocktail—sometimes lab-created cannabinoids, sometimes not, almost always toxic. Synthetic marijuana use is associated with psychosis, seizures and death; as you may recall, the product was fingered as the cause behind the bizarre outbreak of “zombie-like” behavior among its users a few years back.

You may well ask, “Why would anyone ever use synthetic weed? Why is there a market for it? It sounds terrible!” It does, and the simplest answer for fake weed’s staying power is that it is available—at gas stations, bodegas, smoke shops and anywhere else cheap thrills are sold—and real cannabis is often not. Given the choice between a dangerous high and no high at all, many humans throw the dice and buckle up for what could be a very uncomfortable ride.

In 2018, more than 200 people in nine states reported serious health problems after using fake cannabis. It may only be coincidence that recreational cannabis was illegal in all nine states with a fatal or injurious synthetic cannabis outbreak, but it’s also a fact. It may also be a coincidence that the first few cases of pneumonia-like lung disease associated with vaporizer pen cartridges—which had sickened 450 people across 33 states as of last Friday, with as many as three suspected deaths—occurred in states where cannabis is illegal and in a California county that’s banned recreational marijuana sales. What is not a coincidence was the finding from researchers published earlier this year that in areas where cannabis is available, humans use less tobacco, alcohol and opiates—and, presumably, other dangerous cannabis substitutes as well.

The point is that there are more than a few serious health concerns in the United States, and regular old-school cannabis use does not appear to be one of them. Yet right before the Labor Day holiday, here came Surgeon General Jerome Adams issuing a health advisory on “marijuana use and the developing brain.”

“No amount of marijuana use during pregnancy or adolescence is known to be safe,” reads one line in the advisory, the closest thing to an all-encompassing thesis statement. “Until and unless more is known about the long-term impact, the safest choice for pregnant women and adolescents is not to use marijuana.”

Adams seemed to take a cue from legalization opponents’ current playbook, drilling down specifically on the threat cannabis supposedly poses to pregnant women and to youth. Women who use cannabis while pregnant risk giving birth to babies with physical and mental deficiencies, and anyone who uses cannabis while a youth—a period defined as lasting until the mid-20s, when the brain stops developing—is also asking for reduced cognitive function, a lower IQ, hyperactivity and other complications

It was a fairly predictable anti-cannabis bulletin that critics nonetheless identified as containing “questionable and inaccurate claims.” That would be a poor-enough use of the surgeon general’s pulpit and resources, but in the context of real and serious health concerns elsewhere, it seems like a distraction driven by ideology.

As NORML (National Organization for the Reform of Marijuana Laws) deputy director Paul Armentano wrote in an op-ed published by The Hill, Adams’ bulletin and accompanying social media campaign contained a series of untruths.

While cannabis’ “use and access among young people” should absolutely be limited or banned outright through sensible regulation and fact-based campaigns, this isn’t what Adams did.

Instead, the surgeon general appeared to selectively present evidence that cannabis is harmful, while ignoring contemporary studies positing that cannabis was either a non-factor in brain development, or had an impact that was inconclusive at best.

Perhaps worst of all, Adams claimed that marijuana use “primes the brain” for “addiction to other substances”—the refuted old saw of gateway theory, contradicted by Adams’ Washington-based colleagues at the National Institute on Drug Abuse (NIDA), which acknowledges that most cannabis users do not follow up a dispensary visit with a trip to a heroin dealer.

Why would the surgeon general dither with old and tired lines in support of an older and more exhausted line of thinking? Presenting questionable or refutable information in an age when any statement can immediately be fact-checked—and proven wrong—squanders more than the public’s time and the government’s resources. It harms Adams’ credibility and thus his ability to warn a now-questioning public of serious health threats. What Adams is doing is self-defeating. 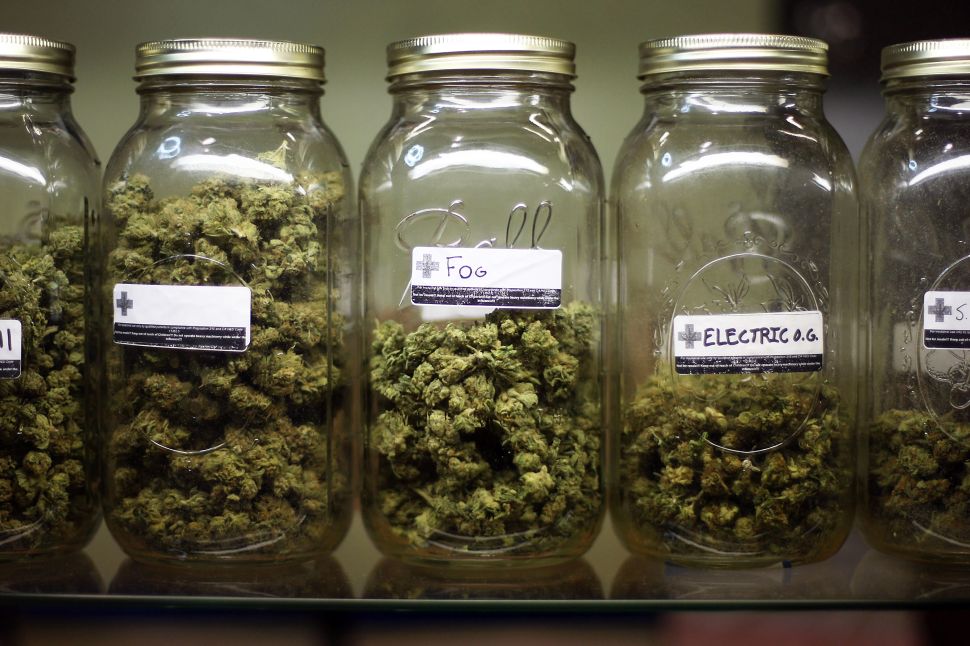