It seems only fitting that Lincoln Center, a bastion of global arts and the celebrant of basically every performative medium under the sun, should host the annual White Light Festival. Now in its tenth year, this annual fall shebang spotlights the power, resilience and transcendence of the arts, culling avant-garde creatives from around the globe to share their singular gifts and the narratives that unite us.

To partake in just one of the festival’s performances is a thrill, but the full enchantment manifests in experiencing multiple concerts, taking in a range of artists or cultures one may not already be familiar with. Performing across multiple diverse venues in New York City, here are five festival artists that are particularly worth looking out for.

SEE ALSO: Saimir Pirgu on Learning From Pavarotti and What We Can Still Discover in ‘La Bohéme’

A staple from the first White Light Festival, the rapturous Manganiyar Seduction returned in 2013, solidifying its status as a crowd favorite. Now, it’s revived once again for this year’s program, telling anew the sultry story of this musical dance spectacle. Created by Indian director Roysten Abel, this accelerating engine of a performance starts small and intimate, building on its solo fiddle to a luminous and vociferous climax of colorful movement and ebullient instrumentation. Catch it November 6 through 9 at Rose Hall.

Just 27-years-old, Kit Armstrong is already a winner of the Leonard Bernstein Award and ASCAP’s Young Composer Award. Now, the piano virtuoso comes to the White Light Festival to tackle Bach’s Global Variations in a complex and stunning hour-long performance on November 10 at the Walter Reade Theatre. If that’s not convincing enough, note that Armstrong’s gifts will be immortalized as one of Lincoln Center’s “Great Performers.”

You may have heard parts of violinist Caroline Shaw’s piece Partita for 8 Voices on the Netflix thriller Dark. But more significantly, this a capella arrangement took home the Pulitzer Prize for Music in 2013, making Shaw the youngest person to win that award. She now performs Words and Music with the Attaca Quartet in the verdant David Rubenstein Atrium on November 14. Need another reason to hear some string music al fresco? This concert’s free and open to the public.

The decorated soprano Christine Goerke puts herself and her audiences through the ringer with one of the canon’s most challenging singing roles, the titular heroine in Wagner’s sweeping masterpiece, Tristan und Isolde. Led by the National Symphony Orchestra and singing opposite the stellar tenor Stephen Gould, Goerke will perform one of classical music’s most astonishing duets on November 17 at David Geffen Hall.

Could there be a more theatrical festival closer than Gustavo Dudamel? The young and vibrant Los Angeles Philharmonic music director leads Anton Bruckner’s most popular orchestral work, Symphony No. 4 on November 24 in David Geffen Hall. Ever the fiery conductor, Dudamel was, in part, the basis for Gael García Bernal’s Emmy Award-winning role on Mozart in the Jungle. 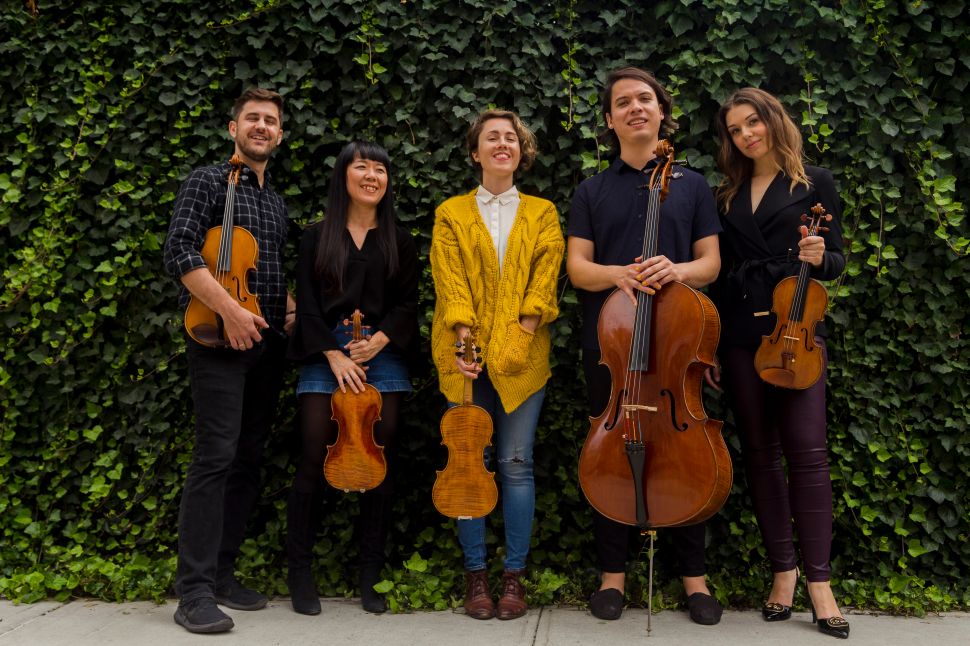